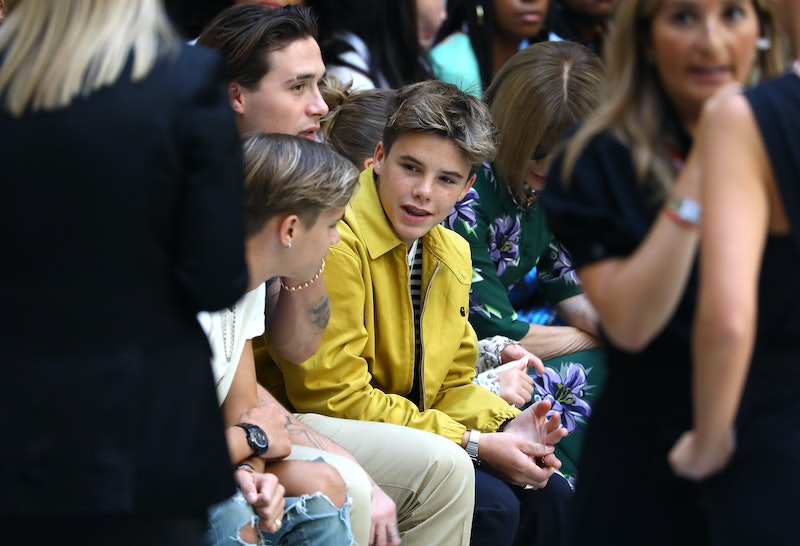 'Tis the season for big festive songs and embarrassing family get-togethers (COVID bubbles allowing). While Christmas is going to be a little different this year, it’d seem the Beckhams have wasted no time getting into the spirit of things. Victoria Beckham has shared a sneaky behind-the-scenes moment of Cruz Beckham singing his heart out — and it's as cute as it sounds.

On Nov. 29, Victoria Beckham shared a clip of her youngest son, Cruz, singing "You Send Me," a classic first released in 1957 by Sam Cooke. The 15-year-old is really invested in his performance, closing his eyes and swaying with the music.

But then dad David Beckham interrupts things, belting out the melody himself. Victoria can be heard laughing, “Oh my god. David!” She captioned the clip, “Singing like an angel then dad joins in."

After VB posted the video to her Instagram, David commented underneath with a jokey, “Whatever.” And it’d seem their fans are very on board with David’s brand of dad humour. One dad wrote, “To be fair, I would have done the same. As parents, we're supposed to embarrass our children.” Another follower said, “Best family vibes.” Former Spice Girl Mel C commented with a laughing emoji, and Gemma Collins called Cruz “Little Bieber.

The Beckhams have been sharing lots of their Christmas preparations over the last few weeks. David shared a picture of him brewing some mulled wine, followed by the caption, “Is November too early for mulled wine?”

Victoria Beckham commented on his picture, “It’s never too early for any sort of wine!! But... it is too early for the Christmas songs and movies David!” And son Romeo wrote, “Nice fake laugh dad.”