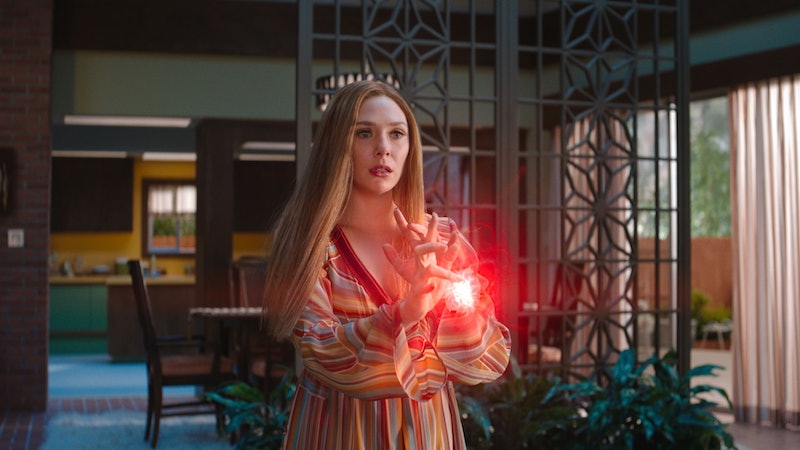 When WandaVision showrunner Jac Schaeffer first envisioned the moment the show would acknowledge the rest of the MCU, she knew she wanted it to be epic. “We wanted Monica [Rambeau] uttering the name Ultron to be just like an incredible record scratch,” Schaeffer says. “We wanted the Red Wedding [from] Game of Thrones, a ‘Holy crap, did that really just happen?’”

WandaVision delivered. In the final moments of Episode 3, Geraldine/Monica lets it slip that she knows Wanda’s brother Pietro was killed by Ultron, leading Wanda to literally expel her from the alternate reality of Westview. The scene sets the stage for the events of Episode 4, where viewers finally see the world outside of Wanda and Vision’s surreal life in the town. One of the primary revelations is that “Geraldine” is actually Monica Rambeau, the grown-up daughter of Carol Danvers/Captain Marvel’s best friend Maria Rambeau. Now an adult working as an agent for S.W.O.R.D., the government agency founded by her mother, Monica is accidentally sucked into the fake sitcom bubble of Westview while out on a mission.

For Schaeffer — who previously wrote for Captain Marvel and also co-wrote the screenplay for the upcoming Black Widow movie — WandaVision was an opportunity to more deeply explore the character of Monica, who MCU fans previously met as a child in Captain Marvel. “I worked on a lot of the Young Monica scenes [for Captain Marvel], so it was my hope to carry my understanding of her into the adult version of her,” Schaeffer says. “I felt very much tasked with trying to continue Maria [Rambeau] and Carol’s influence into this woman who is now an adult.”

Schaeffer similarly wanted to provide audiences with a new perspective on Wanda Maximoff. In the Marvel comics, Wanda’s relationship with Vision serves as a source of happiness amidst her otherwise tumultuous existence, but her arc in the MCU as Scarlet Witch has largely been defined by trauma and loss. “I think what we’re seeing of Wanda in this show is her capacity for joy,” Schaeffer says. “We’ve been deprived of that in the MCU, for obvious reasons, but ... her internal light, I link to Vision... One of the reasons she loves him so much is that he brings that out in her.”

Unfortunately, it doesn’t seem like Wanda’s joy will last much longer — and based on what she did to Monica, who knows how she’ll respond to the next person who threatens her idyllic suburban existence.