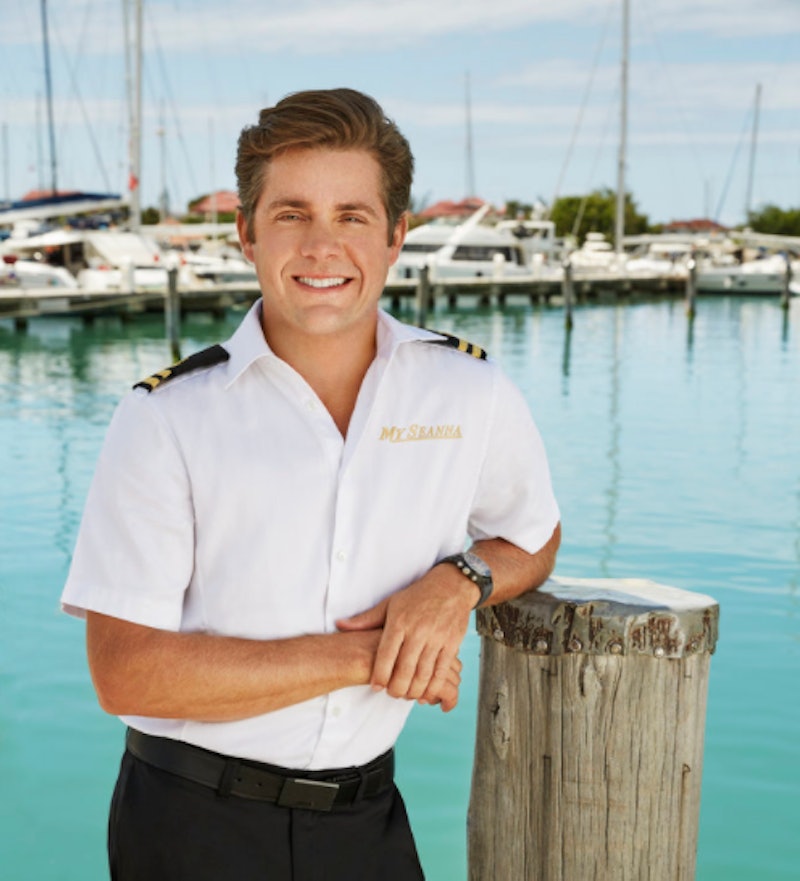 This year, great TV has been more necessary than ever to keep us going and to serve us a hefty dose of escapism. From Tiger King to Too Hot To Handle, the levels of reality TV have been off the scale, and I for one am super thankful for some light relief. Another show that's taken 2020 by storm is Below Deck, the Bravo yachting show that streams on Netflix and HayU. Our prayers have now been answered as new episodes are coming this November; here's how to watch the new series of Below Deck in the UK.

Fans will be very happy to hear that season eight episodes dropped on HayU today (Tuesday Nov. 3), just one day after they arrived in the U.S.

The cast list for season eight is pretty exciting, with new faces and the return of old favourites. Longtime fans will recognise Eddie Lucas, who returns as bosun of My Seanna after leaving back in Series 3. There's also Captain Lee who, along with Eddie, was a member of the cast on the very first season of Below Deck.

Along with Eddie will be a whole host of newbies, including deckhands James Hough (a ladies man from England) and Shane Coopersmith (a spearfisher from California), and Australian adventurer Francesca Rubi, who takes over as Chief Stew following Kate Chastain's exit last series.

Then there's interior stews Elizabeth Frankini (a Long Island native) and Kiwi Isabelle "Izzy" Wouters. Rounding up the group is Rachel Hargrove from Florida, who is coming on board as the yacht's chef.

Series 8 will see the charter return to the waters of the Caribbean, which haven't been seen since Series 5. Along with the usual drama, the new episodes will cover the beginnings of the coronavirus pandemic, when crew members aboard first learn of its severity. As Captain Lee puts it in the trailer, "The f*cking world's going to hell in a f*cking handbasket". Yep.

More like this
What Exactly Is The Bish & Chips Show?
By Frances Stewart
Nicola Coughlan Addresses 'Bridgerton' Season 3 Backlash
By Sam Ramsden
UK Viewers Will Have To Wait To Watch The Handmaid’s Tale S5
By Maxine Harrison
Nicola Coughlan’s Description Of Meeting Olivia Colman Is Just So Nicola Coughlan
By Sam Ramsden
Get The Very Best Of Bustle/UK

This article was originally published on Sep. 23, 2020