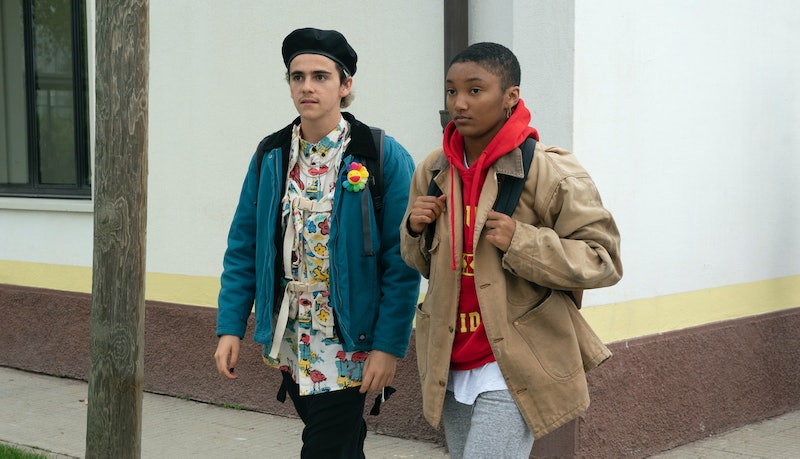 Luca Guadagnino immersed us in one heartbreaking summer with Call Me By Your Name, and he continued his exploration of teenage identity, sexuality, and first loves in We Are Who We Are. The show, which is set on an American military base in Italy right before the 2016 presidential election, was always meant to be a limited series, capturing one pivotal moment in time. Still, Guadagnino told IndieWire that he's more than open to the idea of a We Are Who We Are Season 2 if HBO renews it.

“Me and my beautiful writers, we already wrote a Bible for the second season,” he explained. “But we have to see. We did it because we were locked down [during the pandemic], and we didn’t want to waste our time. In lockdown, making Zoom calls, we thought about the characters and we came up with something [for Season 2]. We’ll see." He described the show as a "very dear project" to him, and added that if HBO and Sky Atlantic asked for another season, "I will be there."

Clearly, Guadagnino is not one to let go of projects easily. Jack Dylan Grazer, who plays Fraser, told Interview Magazine that “Luca is terrible at goodbyes," and they didn't even have a wrap party for the show. "He was just like, ‘Okay. That’s a wrap. Bye, everybody.’ And he left," Grazer said. This could suggest that Guadagnino is keeping the door open for a return to the material. At the very least, he told The Playlist that he's always interested in the "idea of meta" — that the We Are Who We Are characters could resurface in his works in subtle and different ways.

If the series does get renewed outright, it may be a while before audiences see a sophomore season. Guadagnino is a highly sought after director and producer, and he's already working on numerous projects, including an adaptation of the 2017 documentary Scotty and the Secret History of Hollywood, a new Scarface, and a Lord of the Flies adaptation. He has no intention of rushing them, noting to Indiewire that he's "really devoted to each and every one of them" and will square them all away before he even considers other works.

Still, if anything were to lure him back to the lives of Caitlin, Fraser, and the rest, it would likely be the 2020 election. Guadagnino was first inspired to set We Are Who We Are in 2016, because there's no better trigger for a story than "change and someone who is coping with his, hers, their identity and sense of self," he explained to Collider. Much like the disillusionment and frustration of growing up, Guadagnino said that the 2016 election was "the end of a phase in American society. It’s the end of our sense of reconciliation."

Regardless of the outcome, "the consequences of Trump will be solved and lived through for many, many years to come," he told IndieWire. It's young adults like the We Are Who We Are protagonists who will have to grapple with Trump's legacy the most — a heartbreaking reality, one that Guadagnino is poised to capture.