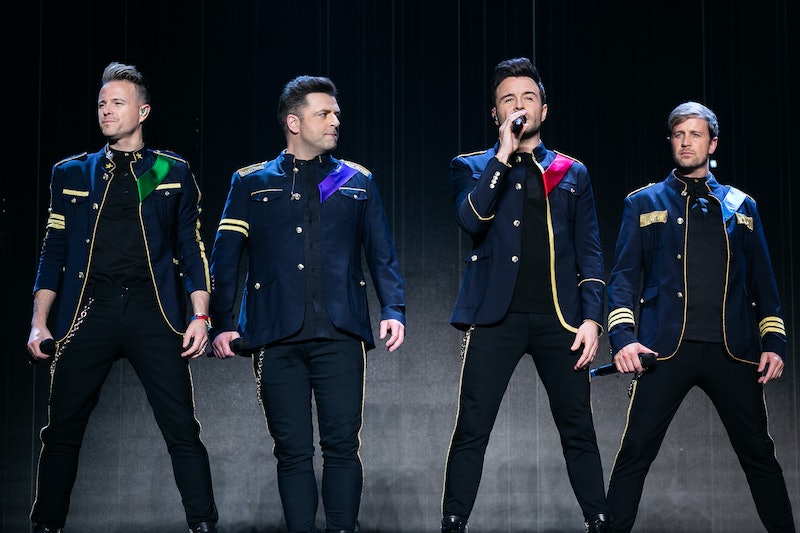 Last week, Westlife announced they have a 12th album on the way that fans were able to pre-order from Tuesday, March 23. With brand new music to look forward to, it seems the Irish boyband — made up of Shane Filan, Nicky Byrne, Kian Egan, and Markus Feehily — is gearing up for a busy year, but will Westlife perform live in the UK any time soon?

While no official tour has been confirmed as of yet, Westlife do have a few live shows coming up in 2021. (Live shows, remember those?)

Many fans will already be aware that two of the band’s three shows have already sold out. Tickets for their Open Air Theatre gig in Scarborough on August 17 were snapped up sharpish and their August 21 performance at Wembley Stadium sold out in a flash, too.

The good news is, though, that a second Wembley date has since been announced. Pre-sale tickets for the new August 22 show were available to those who pre-ordered their album before 10 a.m. on March 23.

If you missed out on pre-sale tickets, keep your eye on the band’s Twitter page for announcements about when the next batch will become available.

The You Raise Me Up singers shared their excitement about the second Wembley gig via social media on March 19. “Thanks to you guys, we’re absolutely over the moon to announce that we’ve been asked to play a second show at Wembley Stadium THIS SUMMER!”

They added: “We’re also excited to share with you that new music will be coming later this year!!”

Earlier this week, the band spoke to Lorraine on ITV about the “record-breaking” gig over the summer.

“We’re just thrilled, we were hoping to play this gig for a very long time and after the year we’ve had — it’s been horrible obviously for everybody— but to be able to say we’re playing at Wembley Stadium and now we’re playing two Wembley Stadiums, honestly, it’s got to be the biggest weekend of our lives,” said Shane.

It’s been an eventful start to the year for Westlife who recently announced that they also signed a new record deal with East West Records of Warner Music. The band, who first rose to fame back in 1999, says they have “found a record label that share the same energy and high ambitions as the four of us.”