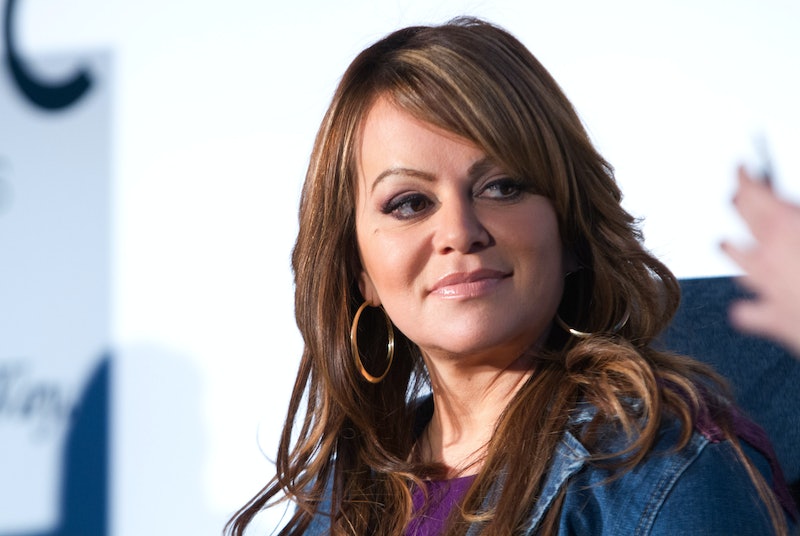 Latin superstar Jenni Rivera was at the height of her career when she and six others died in a plane crash on Dec. 9, 2012. Dubbed “La Diva de la Banda,” the 43-year-old California native had just performed a concert in Monterrey, Mexico, and was headed to another appearance near Mexico City when her plane went missing about 10 minutes after takeoff. As investigations later concluded, the Learjet nose-dived into a mountainside, but as Peacock’s Who Killed Jenni Rivera explores, there are more questions than answers about the still-undetermined cause of the fatal plane crash.

Because the flight recorder was presumably destroyed in the crash and the flight voice recorder was never found, the Mexican Directorate General of Civil Aeronautics’s investigation could only attribute the crash to a “loss of control of the aircraft of undetermined reasons.” As radar data indicated, the plane fell into a steep dive at approximately 28,000 feet and struck the ground at an 89 degree angle at high speed, per CNN. Investigators ultimately cited a “series of factors” for possible causes of the crash, including the 78-year-old pilot’s age and that the 43-year-old Learjet — which previously sustained substantial damage in another crash in 2005 when the pilot lost the ability to steer during landing — had unreported issues. The jet’s “high level destruction” did not allow for a conclusive answer as to what caused the accident, though weather conditions and a fire or explosion on the plane were ruled out as possibilities.

As one investigator states in the Who Killed Jenni Rivera trailer, “The missing recorders are so critical to understanding this accident,” while another participant cryptically questions how they were able to recover Rivera’s driver’s license from the crash site near Monterrey but “couldn’t find that black box.” That leads to an examination of conspiracy theories surrounding Rivera’s death, including a possible “cover up” in light of her reported connections to the “dangerous” Mexican cartels that sometimes hired her to perform for them. The plane’s insurance paperwork was also signed on behalf of the owner, Starwood Management, by a businessman named Christian Edward Esquino Nunez, who reportedly has a criminal record that includes falsifying airplane records, according to CNN.

According to MySanAntonio, an unnamed witness claimed that Rivera had an argument with Mexican drug cartel kingpin Edgar Valdez Villarreal, aka “La Barbie,” shortly before her death, allegedly resulting in a physical altercation. Though that led to speculation of foul play, Mike Vigil, former chief of international operations for the DEA, said that he does not believe Villarreal was involved in the star’s death, nor was he the subject of any investigation. The crash, he’s convinced, was “quite simply an act of God.”

Also fueling speculation was the fact that Rivera received death threats, as she described in an interview with Mexican radio personality Pepe Garza, on July 27, 2012, just months before her fatal plane crash. Garza posted the 35-minute video, titled Jenni Rivera’s Goodbye, The Interview Never Published in December 2019. “It’s an interview where she reveals many things that are not very clear yet. ... She asked me to interview her because she had received death threats and she wanted to leave a testimony that this was happening in case something happened to her,” Garza explained in Spanish, per the Los Angeles Times. “I’ve let many years go by since Jenni’s death, and something in my heart told me this was the year to reveal and share this.”

In the interview, Rivera, who was accompanied by her children, Chiquis and Johnny, described the multiple death threats that she received via email, phone calls, and message boards, recounting a specific instance where the FBI got involved because of threats that she’d be kidnapped and killed if she attended a concert in Reynosa, Tamaulipas, Mexico. She claimed that she didn’t know why someone would want to harm her. “I have no idea, there is nothing illegal in my business,” Rivera tells Garza in the clip. “I treat people with a lot of respect. I have no problems with any group or any cartel.”

In closing, Rivera sent a final goodbye to her fans, family, and friends. “What I do is so important to me, Pepe, and I’m a very brave and determined woman,” she added. “That’s why I’m here. Nobody knows. Not even my family knows ... not my friends or companions. And that’s how I want it to be because I don’t want to scare more people. We don’t need more chaos in the world. ... I believe in an almighty God who has carried me forward in many aspects of my life, and I trust that he’ll take me out of this, too.”

More like this
Everything To Know About 'The Real Housewives Ultimate Girls Trip' Season 4
By Jake Viswanath
Andy Cohen Apologized To Larsa Pippen After A 'RHOM' Season 5 Reunion Dust-Up
By Brad Witter
Hallmark’s The Way Home Is Like 'This Is Us' Meets 'Back To The Future'
By Grace Wehniainen
A New Netflix Doc Will Explore The Unsolved Murder Of Jill Dando
By Sam Ramsden
Get Even More From Bustle — Sign Up For The Newsletter
From hair trends to relationship advice, our daily newsletter has everything you need to sound like a person who’s on TikTok, even if you aren’t.