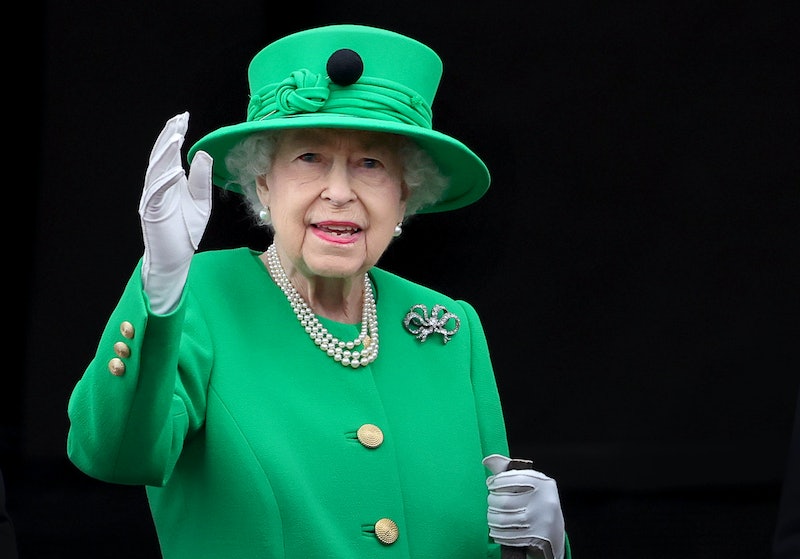 Anyone who has watched Netflix’s The Crown will inevitably have wondered if the royal family is just as transfixed by the show as the rest of the nation. After all, it must be rather strange to watch a fictionalised version of your life play out. Well, thanks to various reports and sources, it seems we are able to piece together how the late Queen Elizabeth II truly felt about the hit historical drama.

The latest person to offer their two cents on this is Matt Smith, who portrayed Prince Philip in Seasons 1 and 2 of The Crown. The actor dropped by NBC’s Today show on Sept. 15 to promote his most recent work in House Of The Dragon. But given the current climate, the presenters couldn’t help but ask him about The Crown as well. More than understanding the assignment, Smith revealed he’d been told that the Queen did, in fact, watch the series.

“I’ve heard that the Queen had watched it, and she used to watch it on a projector on Sunday nights, apparently,” said Smith, adding to a long history of reports that Her Majesty engaged with the show. The actor also opened up about a funny exchange he shared with Prince Harry at a polo match in 2017, showing that the royal was, at the very least, aware of The Crown’s casting.

“He rocked up to me and he went, ‘Grandad,’” the actor recalled, also mimicking the way the cheeky royal had shaken his hand as he made the joke. “He watched the show. Well, I mean, I can’t claim to know if he watches it currently, but he watched a bit of it then.”

However, Smith can confirm there is at least one royal who was not much of a fan. “I know that Philip definitely didn’t [watch it],” he revealed. “A friend of mine sat next to him at a dinner once and [...] Philip asked my friend if he’d made The Crown [...] and my friend couldn’t resist by the end of the meal. He was like, ‘Philip, I have to ask, have you watched The Crown?’”According to Smith, Prince Philip turned around to his friend and said: “Don’t be ridiculous!”

Smith went on to talk about his plans for hurrying back to London for Queen Elizabeth II’s funeral on Monday, Sept. 19. “I think it’s a piece of history. I don’t think we’ll ever have a monarch that serves for more than 70 years again,” the actor remarked. “I just want to be in London, I want to experience it. I think I want to share in the ceremony of it, really.”

The Northampton-born actor also revealed that his mother will be in London for the ceremony, but that he may not join her among the crowds. “My mum’s gonna go. I don’t know if I’m actually gonna go to the procession, but I’d like to watch it. I might watch it in my local pub, actually, with a group of friends.”

Unsurprisingly, Her Majesty never publicly expressed an opinion on The Crown. However, as the Sunday Express reported back in 2017, it’s believed the Queen did watch the entire first season after being encouraged to do so by her youngest son, Prince Edward, and his wife, Sophie, Countess of Wessex.

“Edward and Sophie love The Crown,” a royal source revealed to the paper. “It has been a longstanding arrangement that they drive to Windsor at the weekend to join the Queen for an informal supper while watching TV or a film. They have a Netflix account and urged her to watch it with them. Happily, she really liked it, although obviously there were some depictions of events that she found too heavily dramatised.”

During an interview with the Guardian in 2018, actor Vanessa Kirby, who portrayed Princess Margaret in The Crown’s first two seasons, revealed how one of her friends had bumped into real-life royalty whilst attending a party, and they reportedly confirmed the drama had been given the Queen’s royal seal of approval.

Speaking to the publication, Kirby remembered: “He didn’t know a soul, so when he heard some people discussing The Crown he was like: ‘Actually I know someone in that.’ They were like: ‘Cool.’ He goes: ‘No, but I really know someone in it,’ and, meanwhile, this girl says: ‘Well, my granny likes it,’ and he suddenly realises her granny is the Queen. It was Princess Beatrice.”

However, it appears the Queen wasn’t best pleased with some of the storylines featured in the series, and as the Express reports, Her Majesty had been particularly unhappy with the portrayal of young Prince Philip — played by Matt Smith — who was depicted on the show as being unsympathetic.

“The Queen realises that many who watch The Crown take it as an accurate portrayal of the royal family and she cannot change that,” a senior courtier revealed. “But I can convey that she was upset by the way Prince Philip is depicted as being a father insensitive to his son’s well-being. She was particularly annoyed at a scene in which Philip has no sympathy for a plainly upset Charles while he is flying him home from Scotland. That simply did not happen.”

Of course, regardless of the little snippets gathered over the years, fans of the streaming epic will likely never know for certain what the Queen really thought of The Crown. In a statement sent to the Guardian in 2019, Her Majesty’s communication secretary, Donal McCabe, said the royal household “would never express a view” on the hit drama.

Meanwhile, Season 5 of The Crown is expected to be released later in the autumn, and will cover the lives of the British monarchy between the 1990s and 2000s.

This article was originally published on July 25, 2018