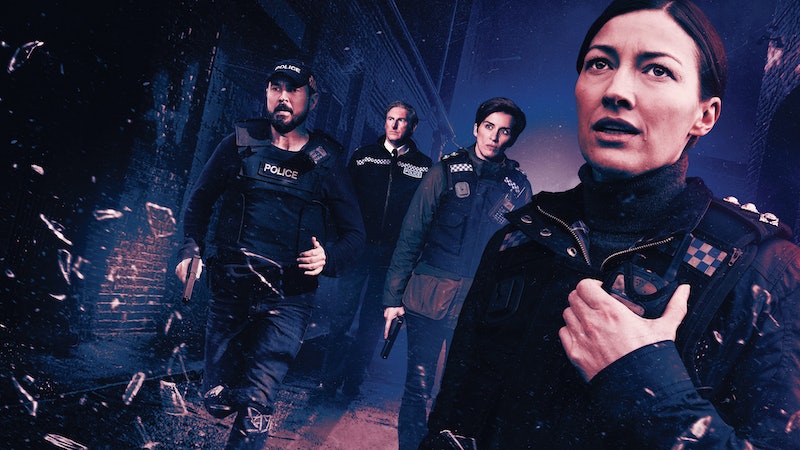 Crime, corruption, and bent coppers —  it could only be the return of hit police drama Line of Duty. After what seemed like a mammoth wait, season 6 of Line of Duty debuted on BBC One on Sunday night (Mar 21). From ‘AFO’ to ‘OCG’, long-term viewers of the series have gotten to grips with much of the police jargon (kind of), but there was more to learn in episode one. In fact, Twitter had the best reactions to Line of Duty’s new acronym.

On Sunday night, viewers were baffled by the term ‘CHIS’, which was frequently referenced by several characters – one being newcomer Detective Chief Inspector Joanne Davidson (Kelly Macdonald), who’s leading investigations into the murder case that’s shaping up to be the focus of this series. As is typical of Line of Duty, the AC-12 coppers provided absolutely no explanation as to what ‘CHIS’ meant. Luckily, Google is free, and fans of the show soon determined that it is an acronym for “Covert Human Intelligence Source” — otherwise known as an informant.

It’s no surprise that Twitter was ablaze during the episode, which brought in record viewing figures of 9.6 million for the BBC. ‘CHIS’ was the main topic of tweets, with fans airing their confusion as to the meaning and the pronunciation of the acronym – some misheard and, well, thought it sounded a bit rude.

Perhaps noticing the Twitter storm, BBC One’s continuity announcer even took the liberty of explaining what ‘CHIS’ meant at the end of the episode. And it seems people still had a lot of fun guessing along the way.

Here are the best Twitter reactions to Line of Duty’s new acronym.

Thanks for clarifying BBC

When Google search takes a wrong turn to Urban Dictionary

Not even Google Home knew what ‘CHIS’ meant

Line Of Duty acronym bingo anyone?

Time to clear your search history

Because absolutely none of us are grown-ups

Can anyone use CHIS in a sentence?

Everyone had their priorities straight on Sunday night...

To be fair, there’s a lot going on in season 6

Even the UK HOME OFFICE weighed in