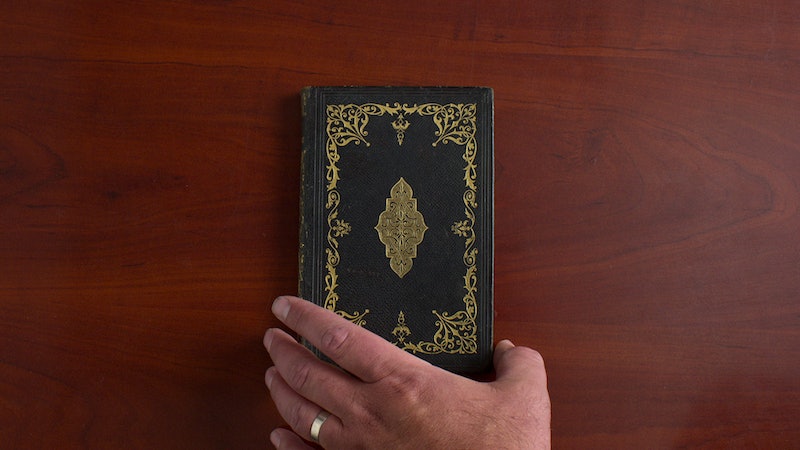 In Netflix's true crime series Murder Among the Mormons, filmmaker Jared Hess revisits the infamous Salt Lake City bombings carried out by Mark Hofmann in 1985. In doing so, he explores a number of documents relating to the Church of Latter-day Saints: in particular the Salamander letter, a document forged by Hofmann which challenged LDS founder Joseph Smith’s record of his visitation by an angel; and the McLellin Collection, a scathingly critical series of notebooks supposedly kept by an excommunicated LDS apostle that Hofmann claimed to be in possession of. It was in an attempt to cover up these deceptions that Hofmann enacted the bombings. And though not directly connected to the church, his crimes brought up divisive issues within it.

Hess, who is most famous for directing Napoleon Dynamite and is a member of the church himself, recently spoke to the LDS-owned Deseret News about turning the lens on his own community. He even showed the series to some of his LDS family members as a way to test the waters. "My brother said it was educational [and] actually helped clear the air with some of the details." And, at least in Hess' eyes, it's a story with a mostly positive ending for the Mormon community. “In the end, the good guys win and the bad man goes to jail, with the exception of the heartbreaking aspect of the amazing people in our community who were innocent and lost their lives due to the calloused acts of this horrible person.”

Still, Hess knows that the show will be divisive. “Some people have a knee-jerk reaction to the title,” he told Deseret News. But he says calling the series Murder Among the Mormons was a marketing choice rather than an intentional provocation. “Our working title was The Salamander. And then later it was The Salamander Murders. Netflix wanted to change it.” He continued, “There was a piece of archival news from the time, I think it was a national news report about Utah [being] in an uncomfortable spotlight [that] said, 'There’s murder among the Mormons.' Netflix felt that was very clear. This happened among the community of Latter-day Saints, among the Mormons, and there was murder that happened.”

The series is bound to bring scrutiny to the church for its involvement in the trade of Mormon documents and the lengths the church took to avoid controversy — both issues that were reported on extensively during Hofmann’s trial. As the New York Times detailed from the Salt Lake City courtroom, “According to investigators, the church leaders purchased from Mr. Hofmann and then hid in a vault a number of 19th-century letters and other documents that cast doubt on the church's official version of its history. In the view of some church leaders, the documents threatened to undermine the faith of Mormons.”

This, too, Hess knows might irk those who’d rather see the church’s involvement with Hofmann forgotten. “It was really uncomfortable stuff in the media at the time for the church...they were under an incredible amount of pressure to understand what was going on, where it was such a normal thing for them to get and collect their history.”

Bustle reached out to The Church of Jesus Christ of Latter-day Saints for comment about Murder Among the Mormons but has not received a response.

More like this
Here's What Jeffrey Dahmer's Dad Has Said About His Other Son, David
By Grace Wehniainen
Where Is Lionel Dahmer Today? Jeffrey Dahmer’s Father Reflected On The Serial Killer’s Death In 2020
By Brad Witter
Where Is The Bling Ring’s Rachel Lee Now?
By Arya Roshanian
Andrea Arlington, Alexis Neiers Haines’ Mother, Now Works As A Life Coach
By Morgan Leigh Davies
Get Even More From Bustle — Sign Up For The Newsletter