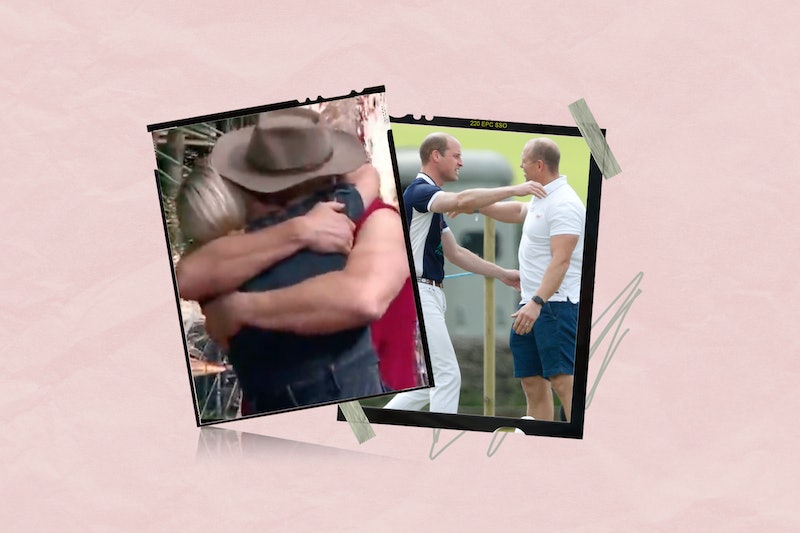 In keeping with tradition, I’m A Celebrity…Get Me Out Of Here 2022 was packed to the punch with popular faces. From Boy George and Chris Moyles, to Charlene White and Matt Hancock, the jungle was full of star power. With Mike Tindall’s participation, there have been more than a few royal references. And to top it off, Tindall’s wife Zara was waiting for him at the end of the bridge when he left the competition in fourth place, giving him a big hug and showing him her support. So does the royal family watch I’m A Celeb? And if so, what did they think about Tindall’s time in the jungle?

Even before the reality experience began in Australia, Tindall was flooded with questions on how he convinced the royal family to allow him to take part in the reality TV show. “That’s not something I need to tell you,” was his curt response to Mirror UK. Royal expert Angela Levin weighed in on whether Prince William and Kate Middleton watch the series, telling the Express they were likely “very upset and very sad” by Mike’s jungle stint.

However, on a recent visit to RAF Coningsby in Lincolnshire, the Prince of Wales diplomatically refused to answer who he was backing to win when asked to choose between his cousin’s husband and former Lioness Jill Scott, who eventually went on to win the show. “That’s a tricky one,” Prince William told Corporal Rachael Howes who asked him directly.

Previously, Tindall’s close friend and former rugby teammate Danny Care said he believes “the whole family will be watching.” He added, “Kate and Wills and I reckon Harry, too, firstly just to make sure he’s not saying anything he shouldn’t but also to see him covered in muck and bugs and snakes and stuff. They’ll love it.”

So far, the only royals somewhat confirmed to have watched the show are Zara and Princess Beatrice. As Tindall was voted out of the show on Nov. 27, she tweeted for the first time in a year to share her support, writing “He is just the greatest.”

Zara surprised the nation by running up to Tindall on the bridge, the first time a royal has done so on I’m A Celeb. Tindall also shared some moments behind the scenes following the finale on Instagram, including a moment between Zara and Queen of the Jungle Jill Scott. “She’s hot,” Tindall said, panning the camera to Zara hugging the former Lioness, adding “they both are.” Scott then told Tindall that he’d done “very well for himself” with Zara, and that he is “punching massively” above his weight.

The retired rugby player’s mother-in-law Princess Anne, reportedly tunes into I’m A Celeb hoping to support him. Jennie Bond, a royal expert told OK! that Princess Anne has “more of a sense of humour than we recognise. She can be very stern, but she’s actually one of the most natural people within the family unit.” She went on to say that the Princess Royal will likely laugh at Tindall’s “antics” and will be a frequent viewer so she can share the experience with her daughter, Zara.

And even if Anne hasn’t tuned in, Tindall reckons that Zara told her about that conversation involving his trousers ripping in front of his mother-in-law on the dancefloor. “I’m pretty sure it’s probably etched into her memory banks for all the wrong reasons so I’ll probably bashfully hide away from that one when I get home,” the rugby player said during an appearance on Good Morning Britain. He also revealed that while he’s not entirely clear on what the royal family thought of his time on I’m A Celeb, he’s sure to hear about it over Christmas. “Let’s see if some interesting gifts come under the tree,” he added. “There’s some sense of humour kicking around in the family so I’ll wait for some interesting gifts and see how many people were watching.”

More like this
Helena Bonham Carter Doesn't Think 'The Crown' “Should Carry On"
By Sam Ramsden
Spencer Matthews’ Impressive Net Worth Expands Far Beyond Chelsea
By Sam Ramsden
Joey Essex Is Rumoured To Be Dating A 'Love Island' Favourite
By Sam Ramsden
'Love Island' Has Added Yet Another Bombshell To The Villa
By Bustle UK
Get The Very Best Of Bustle/UK
Sign up for Bustle UK's twice-weekly newsletter, featuring the latest must-watch TV, moving personal stories, and expert advice on the hottest viral buys.

This article was originally published on November 24, 2022