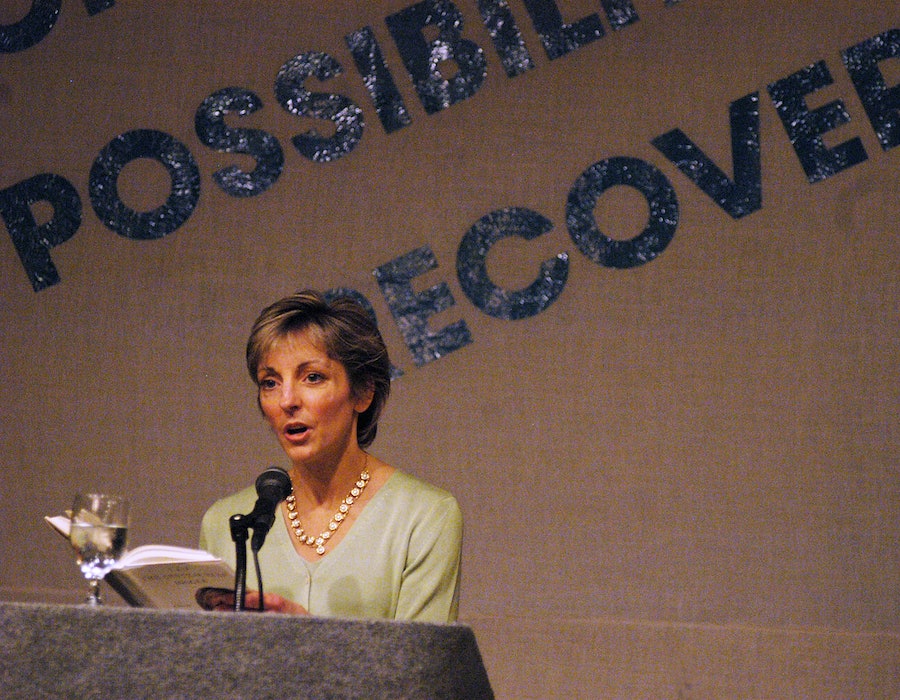 Netflix's new series about the Central Park Five,When They See Us, follows the journeys of five teenagers wrongly accused of a terrible crime. After a white woman was brutally assaulted while jogging through Central Park in 1989, a nearby group of black and Hispanic boys found themselves at the center of a police investigation and a racist media whirlwind, and their lives were changed forever. But despite their disturbing stories, there's another victim here, too — the Central Park Jogger herself. So what does Trisha Meili think of When They See Us?

It doesn't appear that Meili, who remained anonymous until 2003, a year after the Central Park Five were exonerated due to DNA evidence, has given any explicit comments about When They See Us. Meili could not be reached for comment by Bustle. However, Meili has been relatively open about her feelings toward the Central Park Five. She's said in recent interviews that she wishes the men had not received a settlement for their wrongful imprisonment — the group was granted $41 million from New York City in 2014.

"I so wish the case hadn't been settled," Meili told ABC News' 20/20 earlier this year. "I wish that it had gone to court because there's a lot of information that's now being released that I'm seeing for the first time. I support the work of law enforcement and prosecutors. ... They treated me with such dignity and respect." It's unclear from 20/20's article exactly what new information Meili was referring to.

Meili told the New York Daily News last year that she was "shocked and somewhat disgusted" by the settlement, and by the idea that the Central Park Five were treated unfairly by authorities. The men maintain that they were coerced into false confessions by police.

"[I'm] really so disappointed that the case against the city claiming the detectives and prosecutor had acted improperly ... that it was settled for what seems to me like a campaign promise from then-candidate Bill de Blasio," Meili said. She also said she is still compelled by the original confessions of the Central Park Five and can't be certain of their innocence.

Meili has additionally spoken out about the developments regarding her alleged true attacker. Not only did DNA evidence exonerate the Central Park Five after years of incarceration, but convicted serial rapist Matias Reyes actually later confessed to Meili's attack. He said he was the sole culprit, an idea that has always given Meili pause.

"I always knew that there was at least one more person involved because there was unidentified DNA," Meili said in the same 20/20 interview. "So when I heard the news that there was an additional person found whose DNA matched, that wasn't a tremendous surprise. But when he said that he and he alone had done it, that's when some of the turmoil started, wondering 'Well, how can that be?'" Meili also told the Daily News that "the last thing I want is for innocent people to have been convicted," but she does question Reyes' confession, calling him "a pathological liar."

Meili, who was raped, beaten, and lost three quarters of her blood during the attack, has gone on to find purpose after the tragedy. She wrote a book about the attack and her recovery, and she still runs. Meili also gives public talks and works with survivors of sexual assault. "My hope is that by sharing my story, I can encourage survivors to accept that they are not to blame for the assault," she told Shape magazine last year. "It's not their fault, but rather their perpetrator's choice."