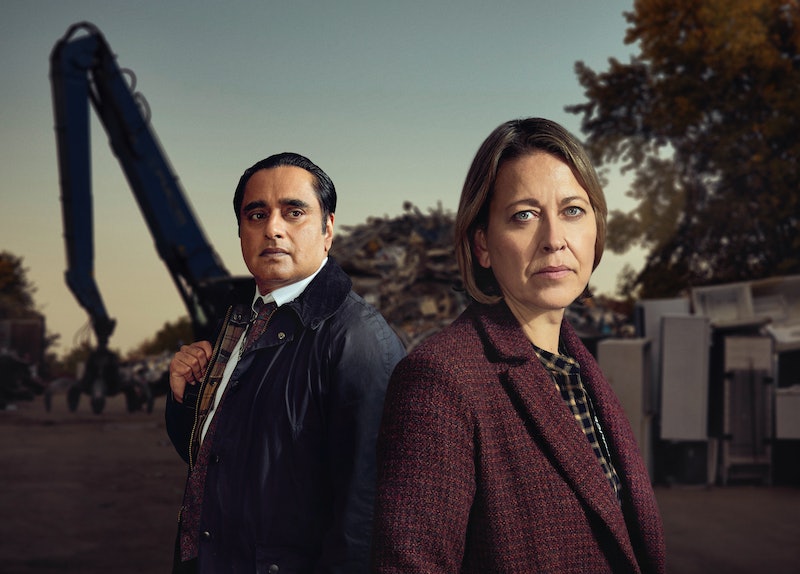 After a long three-year wait, ITV crime drama Unforgotten has returned for another series of gritty "whodunnit?" murder-solving action. Series 4 of the BAFTA-winning detective series kicks off tonight (Mon. 22), yet what happened in Unforgotten Series 3? Let's recap.

Filming of the new series had been delayed due to the pandemic (a common story in recent times) and we last saw the detective duo back in 2018, as they attempted to solve a twenty-year-old cold murder case. Unforgotten fans may remember the officers tirelessly look for the person behind the murder of 16-year-old Hayley Reid, who went missing during a New Year's Eve party in 1999, and whose body was later found on the M1.

Attempting to bring justice for Hayley's family, the gripping series saw the detectives pin down four main suspects, including addict Elliot Hollis (played Thom Rhys Harries) who was seen leaving the same party on New Years' Eve. He was given up by Peter Carr (played by Neil Morrissey), before Peter was stabbed to death.

However, the team eventually discovered that Dr. Tim Finch (played by Alex Jennings) was behind the gruesome murder, after a shock admission. The detectives had found a creepy keep box containing Hayley’s necklace, underwear, and hair bobble in his cellar, and Finch revealed he had killed many others.

Chillingly, when asked if he was the killer, Dr. Finch said: "I am. If we can do this properly, if we can do this with respect, if we can avoid turning it all into some sort of sordid circus – I’ll tell you where the others are buried too."

Signs suggest the new series will be as gripping as the last. It sees the duo try to crack the mystery behind a dismembered body stored in a freezer for thirty years, while Cassie continues to grapple with problems in her home life.

Speaking to Radio Times, Unforgotten's creator Chris Lang says Series 4 will examine “society’s relationship with the police,” and the “investigation will show the best of the police and the worst, and at a time of unprecedented cutbacks." He continued: "...It will ask a number of difficult questions about the police force as an institution."

Unforgotten will air on ITV 1, Monday, February 22 at 9pm