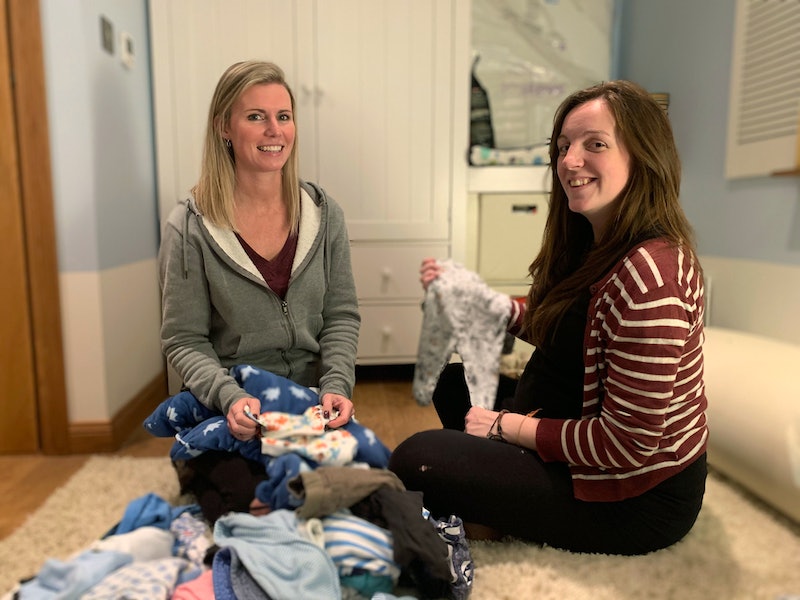 BBC is always breaking down barriers with its television shows, and the latest is taking a deep dive into to the world of surrogacy. The Surrogates centres around parents-to-be and the person who’s agreed to become their surrogate, exploring the initial stages in the process, right through to the birth of the babies themselves. Two women that really captured our hearts were Caitlin Cotton and Kate Postlethwaite, who went through the process side by side. But what happened to Caitlin and Kate from The Surrogates?

Episode two of The Surrogates ends with Postlethwaite taking her baby boy home, while Cotton leaves the hospital with her own two young children, fresh from giving birth, commenting on how independent and strong she’s feeling. Despite worrying she may form an attachment to the child she was carrying, Cotton was able to hand over Joey without too much of an emotional connection to the baby.

“It was strange because I felt disconnected from him,” she said. “I thought, oh he's cute, but he didn't feel like he was mine and he didn't look like me the way my babies did. I was instantly protective of my own children but handed Joey back to Kate very easily.”

One year on, a unique twist of fate has actually seen Caitlin and Kate become closer than ever following the surrogacy experience they shared. After the cameras stopped filming, the pair ended up bonding over the fact both had experienced their partners leaving.

The end of the show briefly touches on how Caitlin’s long-term boyfriend Jordan had left her just a week before the birth. But the real surprise then came six months later, when Kate’s husband Matt (the biological father to Joey) also decided he wanted to end their marriage.

These experiences were enough to bond the two women for life, they told The Daily Mail. “We're both now single mums and so we banded together,” Kate told the publication. “We just naturally started caring about each other. Especially when Jordan left, because I needed to step up and be there for Caitlin the way she had stepped up for me. And now, without trying, we've each got this other part of our family and nothing will ever take that away from us.”

The two became so close that they even share a support bubble during Covid, working together at Kate’s house (the two work for the same company, which is how they met). Their children call the other woman “auntie,” and they consider themselves family.

“I don't think Caitlin will ever realise the magnitude of what she did; of the meaning she has given to my life by putting Joey in it,” Kate explained. “There's no way for me to show her what it was like before, living in such pain, compared to how it is now, having hope again.”

“There's no grand gesture I can make that will ever be enough to thank her for what she's done. But what I can offer her is my gratitude and friendship — two things I'll gladly give to Caitlin for ever more”

You can watch episode two of The Surrogates on BBC iPlayer now.