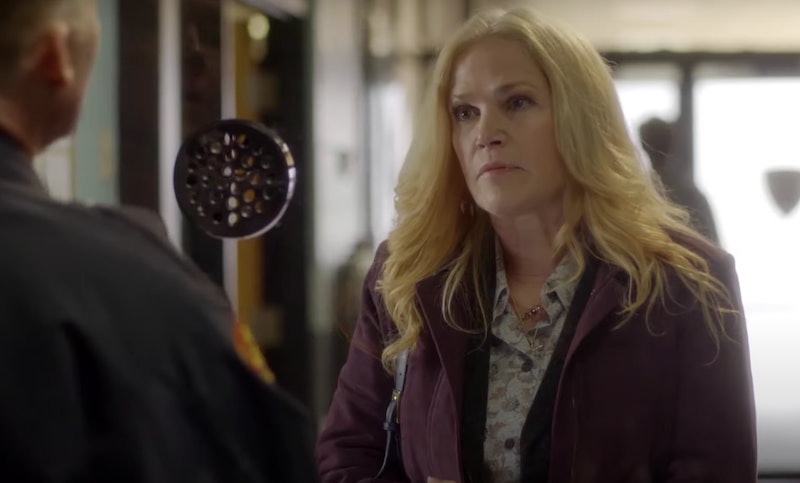 Long Island Serial Killer: A Mother's Hunt For Justice is Lifetime's latest "Ripped From the Headlines" thriller. It's inspired by a true story of Shannan Gilbert's 2010 death, which led to the opening of the Long Island Serial Killer case, in which as many as 19 bodies were found on Gilgo Beach on Long Island. Centered on Shannan's outspoken mom Mari Gilbert (played by Kim Delaney), the film follows Mari as she urges the reluctant police department to take action. "They've been stalling and avoiding," Mari says in the trailer. "I'm beginning to think there's a cover-up."

Per The New York Times, it was Gilbert who pushed the Suffolk County Police Department to consider whether Shannan and the rest of the victims were linked, as they were mostly women and sex workers with similar builds. “[The real] Mari Gilbert singlehandedly brought closure to families who never knew what happened to their missing sisters and daughters,” executive producer Deborah Norville, who covered Gilbert’s story as an Inside Edition reporter, told Deadline. “To law enforcement, she was ‘just a mom,’ but her tenacity led to the discovery of a serial killer who may still be roaming free."

Though Gilbert tirelessly worked to solve her daughter's death, she never saw Shannan's killer brought to justice. On July 23, 2016, Mari Gilbert was found dead in the Ellenville apartment of her other daughter, Sarra Elizabeth Gilbert. Per The New York Times, the 27-year-old Sarra was charged with second-degree murder and fourth-degree criminal possession of a weapon. According to court records, Sarra later testified that she stabbed her mother 227 times and then beat her with a fire extinguisher because "she was a demon" and needed to "shut off her voice."

According to Sarra Gilbert's attorney John Ray, Sarra was diagnosed with schizophrenia and was "in and out of psychiatric hospitals since 2014," per PIX11. He did not specify why she was out of the hospital in 2016, but earlier that year she was already showing concerning signs that her condition was worsening. In February 2016, Sarra was arrested in Ulster County and charged with endangering the welfare of a child and animal cruelty. As a source told PIX11, she drowned a dog in front of her 8-year-old son and then threatened to kill him. In May, she was arrested again for violating her boyfriend's order of protection.

Sarra Gilbert pleaded not guilty to the charges. According to Newsday, Ray didn't believe she should be held responsible for her actions due to her mental illness. "Sarra is, from all the evidence, clearly not responsible for what she’s done," Ray said. "She’s a schizophrenic, a serious one. It’s extremely tragic for her, as well as for her mom, as well as her family.”

But jurors found her guilty, and Sarra was sentenced to 25 years to life in prison on Aug. 4, 2017. She remains in jail to this day.

Mari Gilbert's murder was "the most morbid turn in this already complete tragedy," Vesselin Mitev, who Mari originally hired to help her solve Shannan's death, told The New York Times. “There’s just no way anybody could’ve expected this."

Though Gilbert's life ended in tragedy, her mission to capture the Long Island Serial Killer — and find justice for Shannan — continues. As recently as Dec. 13, 2020, new Suffolk County Police Commissioner Geraldine Hart told 48 Hours CBS News that they are still looking into Shannan Gilbert’s death “as a possible homicide.”