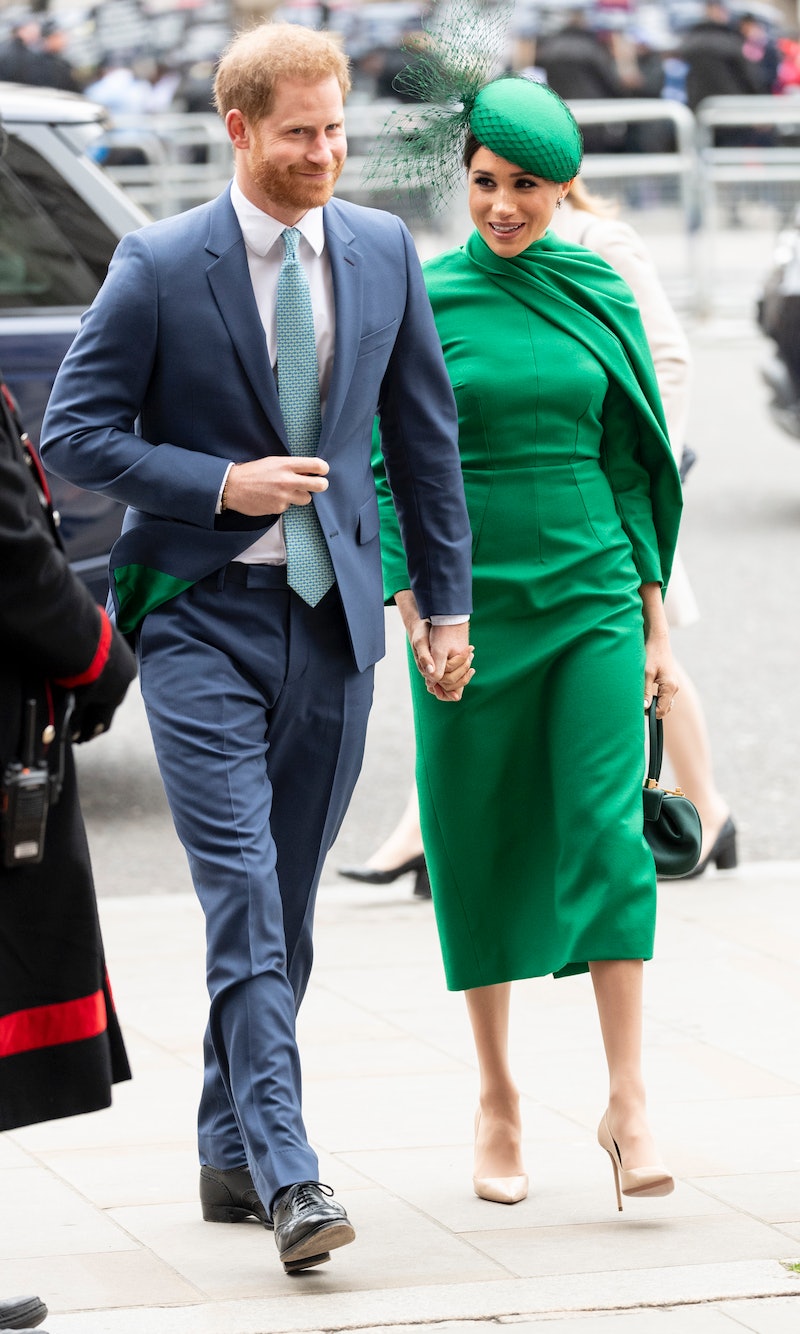 Prince Harry and Meghan Markle gave fans the greatest Valentine's Day present when they announced they were expecting their second child yesterday. A spokesperson for the couple told People magazine on Feb. 14 that baby Archie "is going to be a big brother" and that the couple were "overjoyed" by the news. The photo shared alongside the announcement (taken by friend and photographer Misan Harriman), shows the duchess lying on Harry's legs with her bump clearly visible, which has left followers wondering, when is Meghan Markle due?

Thus far, there's been no official word on how far along Meghan is in her pregnancy. What we do know is that Archie was born on May 6, 2019, and the official announcement about his arrival was made in October 2018. If the couple follow a similar pattern this time around then we can expect to meet Archie's younger sibling in September.

However, publications including Us Weekly have suggested that Meghan may be due to give birth sooner than that.

A source told the publication, “Harry and Meghan [are] excitedly planning for the arrival of their bundle of joy. It’s a dream come true. Meghan fell pregnant again toward the end of last year. The baby is due at the end of spring.”

Similarly, royal expert Camilla Tominey told Australian talk show Today, "Normally you would expect news to come along when she is three months, but we think she is about five months.”

Yesterday's announcement comes a few months after Meghan opened up about the miscarriage she experienced during the summer of 2020. In a piece for the New York Times she wrote, "Some have bravely shared their stories; they have opened the door, knowing that when one person speaks truth, it gives license for all of us to do the same."