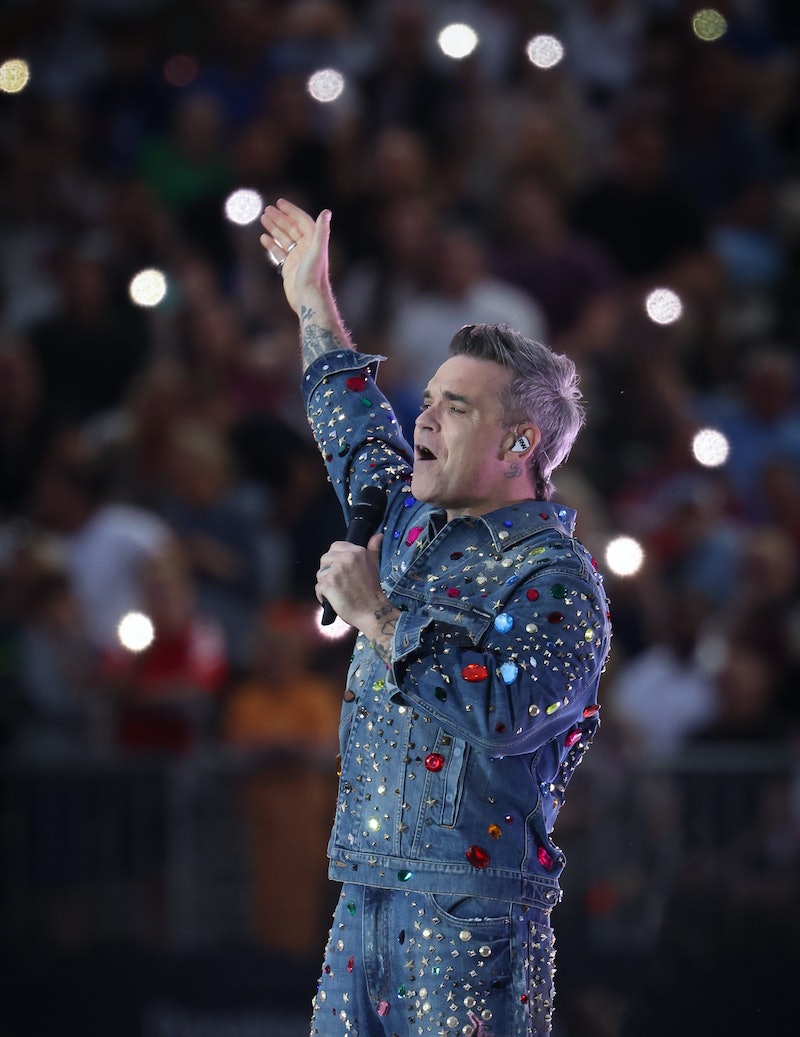 Robbie Williams has been soft launching his return since 2019 with new music and TV specials, and now with his “XXV” album in the works (dropping on Sep. 9), it’s all eyes on Williams. Set to feature reworked classics, like anthems “Let Me Entertain You” and “Rock DJ”, fans are bracing themselves, with tickets for his UK & Ireland XXV tour - marking the 25th anniversary of his solo career - having dropped on Jun. 17. From October, the legendary Brit winner (18 times in fact) will hit London, Birmingham, Manchester, Glasgow, and Dublin. The singer’s career trajectory saw many highs and has earned him quite the fortune. His reported net worth stands at around £243 million, with music not being his only source of income.

As part of Take That, the 48-year-old was catapulted into fame in 1990. In 1992, the band’s single “Only Takes a Minute” reached number seven in the charts, and they went on to release 17 top ten hits in total, such as “Everything Changes”, “Relight My Fire”, and “Love Ain't Here Anymore”. Williams left the band in 1995 and pursued a solo career in 1996, after being forced to pay $200k for breach of his contract with Take That.

The star found great success as a solo artist, launching pop classics such as “Angels”, which remains his bestselling song to this day. Dropping in 1997, Williams’ “Life thru a Lens” album eventually became one of the bestselling albums in UK history, earning over £2.8 million. It remained in the top ten for a whopping 40 weeks.

His second solo album “I've Been Expecting You” debuted at number one in the UK charts. By 2000, album releases “The Ego Has Landed” and “Sing When You're Winning” had given us the iconic “Rock DJ” and the Frank Sinatra-inspired “Have You Met Miss Jones”.

Williams has worked with the likes of Jonathan Wilkes, Jane Horrocks, Jon Lovitz, Rupert Everett, and Nicole Kidman. Plus Pet Shop Boys, William Orbit, Soul Mekanik, Mark Ronson, and many others. He’s sold over 75 million records globally, with 1.6 million of his tour tickets once bought (£80 million) within 24 hours, per Celebrity Net Worth.

Williams co-wrote the music for the Royal Shakespeare Company’s The Boy In The Dress, and it isn’t just music that’s proven to be a high earner for Williams. The singer voiced the character of Dougal for The Magic Roundabout film adaptation, which made $26.7 million at the box office. He also appeared as a judge on The X Factor in the 2018 series, alongside his wife Ayda Field, too. Williams has released over 10 books, including F For English (2000) and You Know Me (2010). And mixing things up, Williams recorded the theme tune “It’s Only Us” for the FIFA 2000 video game.

Venturing elsewhere, the award-winning artist founded football team Los Angeles Vale F.C. and club Port Vale in 2005 — buying £260 million worth of shares. But scandal had struck by 2007 when the club broke down after two players allegedly scammed Williams out of £200k.

In 2011, the star had teamed up with entrepreneur Peter Jones on a clothing line, but by 2014, the brand was bankrupt but ended up relaunching with the help of Primark.

What Is Robbie Williams’ Net Worth?