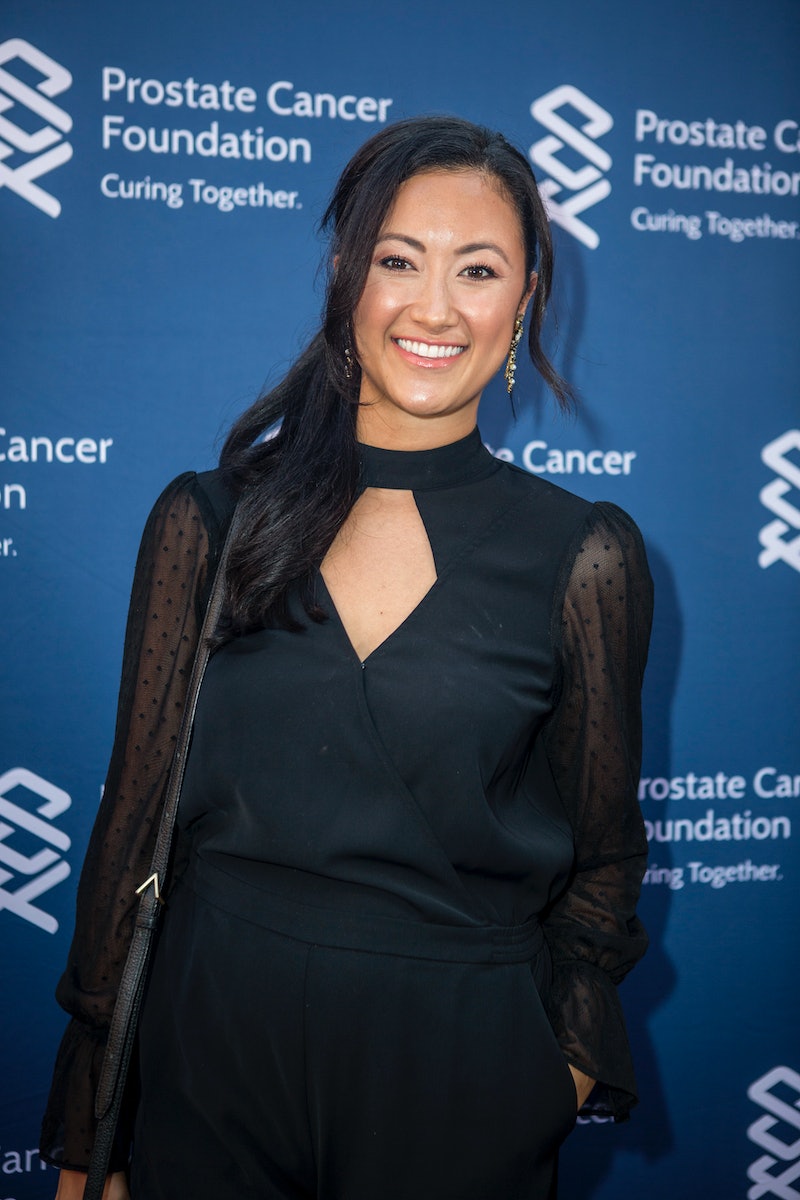 After things didn't work out with Colton Underwood on The Bachelor, Sydney Lotuaco tried finding love in Paradise, which also didn't work in her favor. So when a random guy from Cincinnati slid into her DMs, she figured she had nothing to lose. What happened next is rom-com level sweet. That guy is now her boyfriend, Nick Wehby, whom she lives with after three months of dating in quarantine.

It all started when Wehby's mom forced him to watch The Bachelor with her, and like a good son, he obliged and developed a crush on Lotuaco. Naturally, he followed her on Instagram and one day responded to her Story, recommending she listen to a particular country music artist. Because Lotuaco was bored in quarantine, she replied. They messaged for a few days, he eventually gave her his number, and they haven't stopped talking since that day, she told the Cincinnati Enquirer in August.

She eventually booked a plane ticket to meet him, and he visited her family in Virginia Beach. When they're not together, they write notes in a shared journal that they pass back and forth, which sounds very Dash & Lily of them. "He has incredible character. He’s honest, loyal, and wears his heart on his sleeve,” Lotuaco told Us Weekly. “He makes me laugh a ton and gets me to open up more and truly be myself.”

Though she didn't find a connection on TV, she met Wehby because she was on The Bachelor, so being a contestant wasn't a total bust in the end.

On the work side of life, whether it's in Ohio or Virginia, Lotuaco is — you guessed it — growing her career as an Instagram influencer. Like many of her fellow Bachelor Nation alums, she and Nicole Lopez-Lovar started a podcast. The show, Black Beans and Rice, discusses pop culture news and all things related to the ABC franchise, including weekly recaps of Clare Crawley and Tayshia Adams' season of The Bachelorette. They've also had a few guests, including Lovar's mom, Wehby, and Bibiana Julian. The pair call their show "the perfect side dish" to life because "at the end of the day, we are all human beans, and together, we will rice."

If you're feeling sluggish in quarantine, you can also book a virtual workout with Lotuaco via Flexit. Her specialties are Barre, HIIT, and of course, dancing — how else would she maintain those former NBA dancer moves?