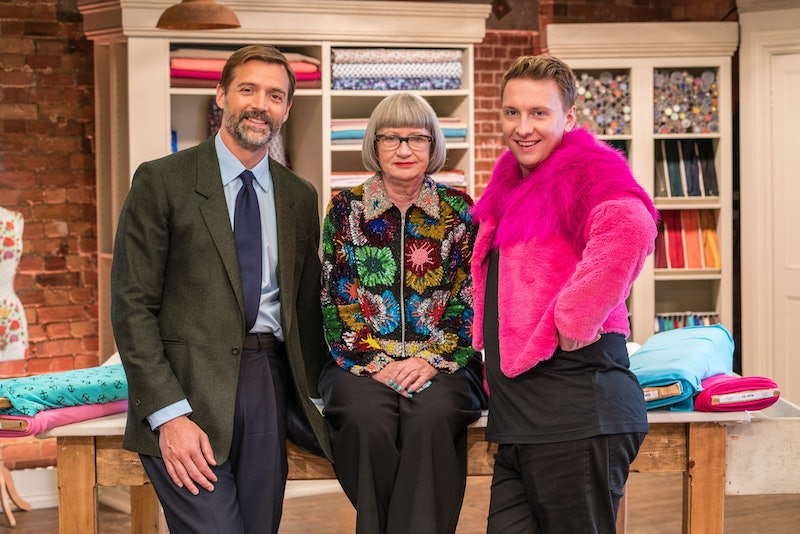 Well, contestants shouldn't put a down payment on that mansion just yet, as the winner of The Great British Sewing Bee is not awarded a cash prize. Instead, they walk home with a small golden trophy in the shape of a mannequin, the title of Britain's best home sewer, and, I imagine, some pretty sore thumbs. Speaking previously to the Telegraph, Sewing Bee judge Patrick Grant explained that “it’s not about the prize, it’s about the enormous honour of being crowned the champion.”

Speaking to the crafting website Gathered, former champion Clare Bradley explained that she actually had to keep the trophy out of sight for a little while. “Until the showing of the final, I have kept it hidden in my fabric stash cupboard,” she said. “Now I’m allowed to show it off, I will put it on the shelf in my sewing room with my hat blocks. I will also have to take it into the hospital to show my colleagues, or they won’t let me hear the last of it.”

With the arrival of season seven, it is assumed the prize remains the same during this year’s series. But, for now, at least, we’ll just have to wait and see.

As mentioned, comedian Joe Lycett will again be on hand to oversee proceedings alongside the esteemed Sewing Bee judges: costume designer Esme Young and the owner of Saville Row tailors Norton and Sons, Patrick Grant.

Throughout the new series — which arrives after the hugely popular 2020 Christmas special — this year’s contestants (Adam, Lawratu, Julie, Cathryn, Damien, Farie, Andrew, Rebecca, Jean, Adeena, Raph and Serena) will show off their sewing talents in a series of creative and painstaking challenges. However, only one will take home the coveted golden mannequin gong.

The Great British Sewing Bee series 7 airs on Wednesdays at 9 p.m. on BBC One.

This article was originally published on Feb. 12, 2019