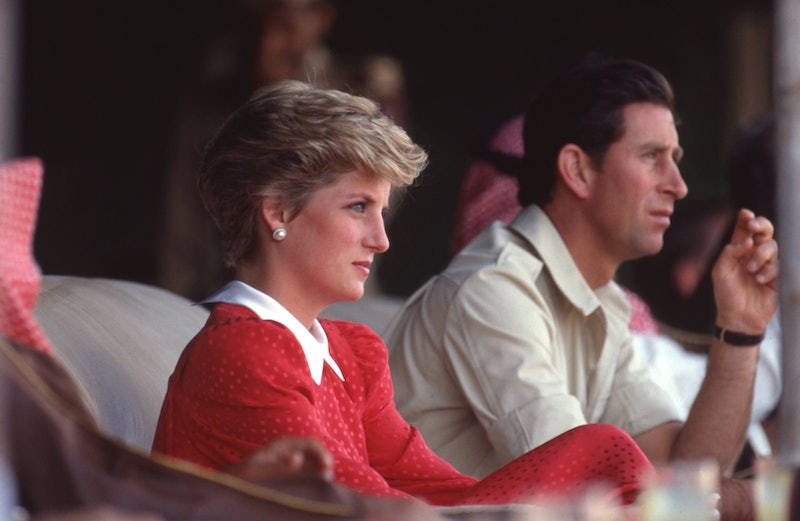 Content warning: This article contains references to disordered eating, as do many of its outbound links.

If there was an award for the most talked about marriages (and divorces) it would have to go to Prince Charles and Princess Diana. Unusual for the royal family, their relationship was one that was heavily played out in the public eye through interviews and tabloids, and continues to be a topic of discussion to this day. The fifth season of The Crown brings this relationship back to the forefront, with episodes touching upon Princess Diana’s bulimia, Prince Charles’ national interview admitting his infidelity, Diana’s BBC Panorama interview, and finally their complicated divorce proceedings. While the show’s portrayal blurs fact and fiction, it leaves us with one glaring question: what was Diana and Charles’ relationship actually like after the divorce?

For years, reports have covered everything the Princess of Wales lost after the official separation – including her title, her security, and her office in St. James’ Palace. Her clothing and behaviour were also heavily analysed by the press, see the iconic revenge dress. But friends of the late Princess have come out in recent years to reveal that Diana actually still loved Charles post-divorce.

Debbie Frank, Diana’s astrologer, said that Charles’ infidelity resurfaced her deep-seated abandonment issues, but that she continued to feel strongly for him. “I think she loved Charles till her dying day. I’m not saying she longed for him. She didn’t,” she told the Express. “But there was still that wound there like there was with her mother. And it was probably more about the mother than Charles actually.”

On the other hand, Simone Simmons, Diana’s spiritual healer and close friend, reportedly said Diana didn’t want to divorce Charles. “When the Queen wrote to her and demanded they get a divorce, she was blubbering on the phone, and I went over to calm her down. She said, ‘Simone, I never wanted to divorce Charles. I always loved him.’”

In the midst of all the conspiracies, journalist Tina Brown’s The Diana Chronicles shares intimate details of Charles and Diana’s relationship in the last year of the Princess’ life. A month before the car crash, Diana met Brown — who was then the editor of The New Yorker — and Anna Wintour of Vogue for dinner. Here, Diana allegedly admitted she was friendly with Prince Charles.

“At the end of Diana’s life, she and Charles were on the best terms they’d been for a very long time,” she said. Adding that, “Charles got into the habit of dropping in on her at Kensington Palace and they would have tea and a sort of rueful exchange. They even had some laughs together.”

Brown added that Diana had accepted Camilla was the love of Charles’ life but that she would go back to him “in a heartbeat” if he wanted her. She also said as Prince William and Harry had grown older, Diana and Charles would meet and discuss their philanthropies, suggesting a warm bond before her death in 1997.

More like this
A New Netflix Doc Will Explore The Unsolved Murder Of Jill Dando
By Sam Ramsden
Yes, 'The Price Of Glee' Is Available To Watch In The UK
By Catharina Cheung
Everything To Know About The 'Daisy Jones & The Six' TV Series
By Maxine Harrison and Brad Witter
'Magpie Murders' S2 Will Include A *Major* Shake-Up
By Sophie McEvoy
Get The Very Best Of Bustle/UK
Sign up for Bustle UK's twice-weekly newsletter, featuring the latest must-watch TV, moving personal stories, and expert advice on the hottest viral buys.