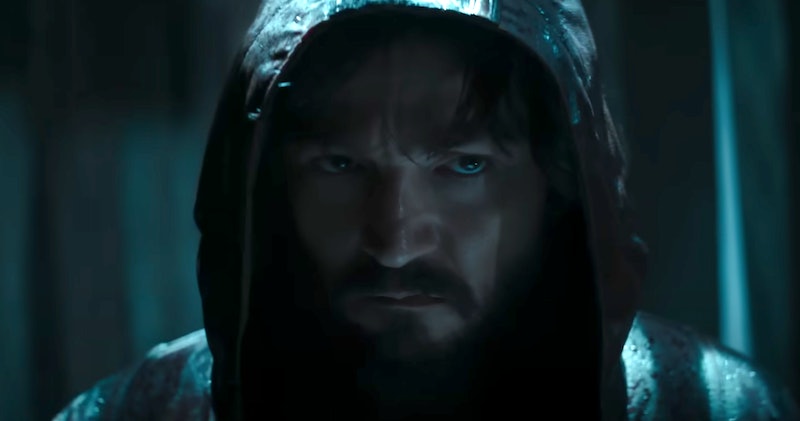 After Obi-Wan Kenobi and The Book of Boba Fett, Disney+’s Star Wars universe is expanding even more with the debut of the Andor series. Centered on the story of Diego Luna’s Cassian Andor, it’s basically a prequel of a prequel that sets up Cassian’s life before the events of Rogue One. If you recall, that movie involved Cassian and a team of rebels stealing the schematics for Darth Vader’s weapon, the Death Star. He and Jyn Erso (Felicity Jones) managed to get the plans to Princess Leia, but they all died before they could get off the planet and escape the blast from the weapon.

Andor takes place a few years before their sacrifice — around five years, to be exact. (So in movie continuity, that means it’s also about five years before the events of Star Wars: Episode IV – A New Hope, and a sequel to Star Wars: Episode III – Revenge of the Sith.) As creator Tony Gilroy explained to Variety, the plan was always to end the series at the start of the events of Rogue One. The show will be 12 episodes long, and each block of three episodes — essentially movie length — will be its own story that covers about one year of Cassian’s life.

It’s an ambitious project that will show how Cassian becomes a fiery rebel fighter. At the start of the show, we meet a Cassian who’s not entirely sure what he’s doing with his life. He’s certainly not involved with the rebellion yet, which hasn’t even properly formed at that point. (In the animated Star Wars Rebels show, we see how there were plenty of rogue fighters resisting Imperial rule, but they weren’t part of any official group.)

“This beginning of Cassian is quite disturbing,” Luna told Inverse. “He’s in a skeptical and cynical moment of his life. He's just trying to survive, trying to make good choices and not necessarily making them. But he'll meet the right people, he'll witness the right events and he'll put together what he needs to in order to believe he could be part of change.”

Unlike other Star Wars projects, this series also focuses less on space cowboy adventures and more on the mundane lives of the everyday people who eventually became involved with the Rebel Alliance. Rather than follow several Jedi or fan favorite characters, the focus of Andor is instead on factory workers, middle management, and other working class people who only ever existed in the background. “I wanted to do it about real people,” Gilroy told Variety. “They’ve made all this IP about the royal family, in essence. It’s been great. But there’s a billion, billion, billion other beings in the galaxy. There’s plumbers and cosmeticians. Journalists! What are their lives like? The revolution is affecting them just as much as anybody else.”

Though the show has a pretty broad scope, Gilroy says we’ll eventually see everything fall into place for Cassian. “In the first episode, he goes from just an absolute mess to his first step on the road to Damascus, which is to be a mercenary,” he explained to The New York Times. “By the time we get to the end of this first half, he will have been exposed to a number of reasons for the rebellion. The second half of the show will be about him being a revolutionary.”

More like this
'Bridgerton' S3 Teases Exciting Social Season For Penelope Featherington
By Bustle
Everything To Know About 'Andor' Season 2
By Gretchen Smail
The First Trailer For 'That '90s Show' Includes So Many Nods To The Original Series
By Jack Irvin, Alyssa Lapid and Grace Wehniainen
You Definitely Know The Voice Of Shuri's AI In 'Black Panther: Wakanda Forever'
By Brad Witter
Get Even More From Bustle — Sign Up For The Newsletter