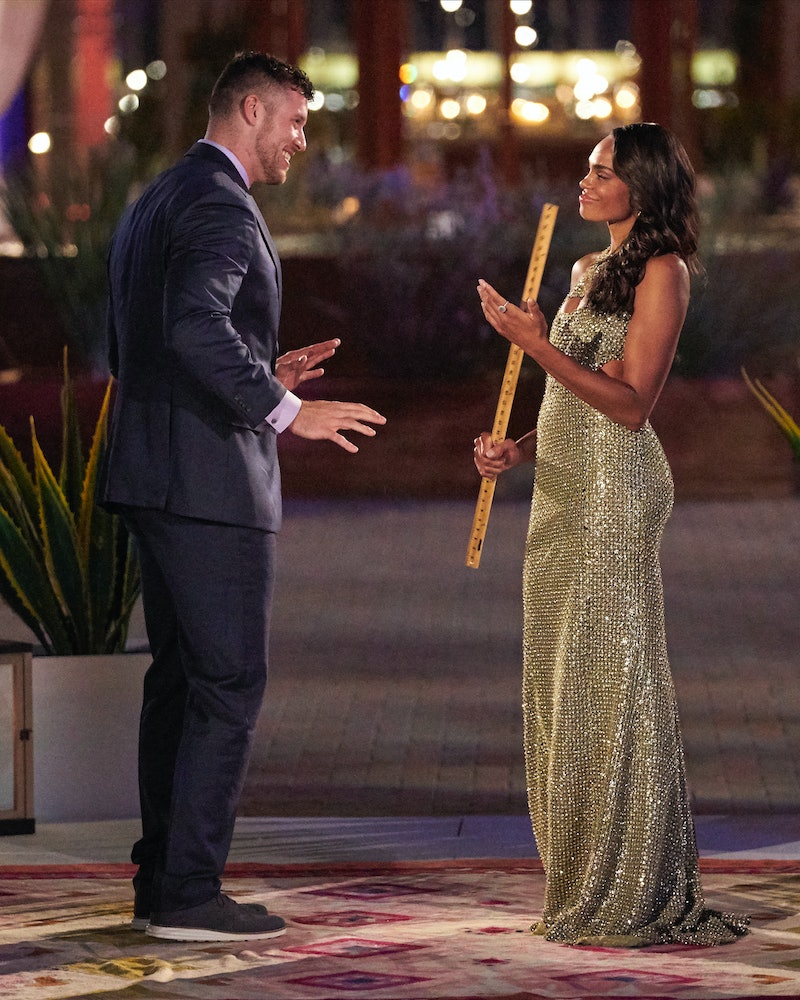 Michelle Young’s season of The Bachelorette only just premiered, but already we (reportedly) know which of her men will become the next Bachelor: Clayton Echard. Though ABC has yet to confirm his casting, sources told The Hollywood Reporter that he’d been chosen as the new lead roughly a month before Michelle’s season began airing. Later, he was spotted filming a Bachelor intro video in his hometown of Eureka, Missouri.

This intrinsically changes the way we’ll watch Clayton’s journey unfold, knowing that heartbreak awaits him. Though the former pro football player obviously isn’t Michelle’s final rose pick, it’s safe to assume he makes it pretty far into the season. He didn’t get a lot of screen time during the premiere episode, but he seemed to make a positive impression on Michelle. And the Season 18 trailer shows Clayton going on multiple dates, including a Top Gun-themed group outing and a one-on-one roller skating date. At one point, he and Michelle are seen kissing, but he’s later shown in tears.

According to a claim posted on Reddit, Clayton won’t make it as far as hometown dates, which is a little surprising given that Bachelor/ette leads are typically selected from the final four. On Oct. 22, a user shared screenshots of texts between them and their friend’s mom, who is a flight attendant. She claimed to have been working on a flight with Michelle’s final four — none of whom were Clayton. Bachelor blogger Reality Steve also reported that Michelle’s final two contestants were among the group spotted, seemingly backing up the claim.

Regardless of when and how Clayton goes home, Michelle doesn’t appear to hold any ill will toward him. She recently told Extra that she believed he “was there for the right reasons” and “got to learn a lot about him” during the season. “I’m excited for you and everyone else to learn about him, as well as the other amazing men who are on the show,” she said.

In another recent interview with Entertainment Tonight, Michelle described Clayton as genuine and sweet. “He came there to find his person. … He deserves to find his person,” she said. Co-host Kaitlyn Bristowe added that Clayton “seems very emotionally mature, very vulnerable, [and] very open with how he's feeling.” Tayshia Adams agreed, adding that he “always seemed to put a smile on Michelle’s face.”

Clayton will certainly get a chance to “find his person” when The Bachelor premieres in January 2022.