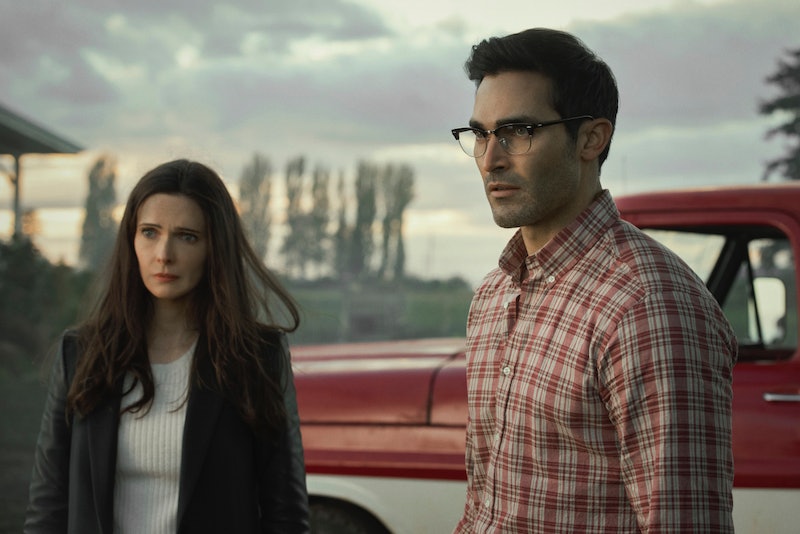 After a positive COVID test temporarily shut down production, Superman & Lois is going on a hiatus. Following Episode 5 on March 23, new episodes of Superman & Lois will return on May 18, with the show’s Tuesday night time slot going to the final season of Supergirl instead.

The new series, which premiered on Feb. 23, is only a third of the way into its first season, but it has already proven itself to be quite a hit. According to The Wrap, the premiere episode brought in 1.7 million viewers, marking The CW’s best Tuesday night viewership since early 2019. After such a strong showing, the network decided to renew Superman & Lois for Season 2. Getting a second season order after a single episode is no easy feat, but Mark Pedowitz, chairman and CEO of The CW, said in a statement that the network has a lot of faith in the show.

“The phenomenal multiplatform debut of Superman & Lois, which delivered for us in a big way on both a linear and streaming basis, is a testament to the creativity, hard work and dedication of the talented people who worked tirelessly in front of and behind the camera, especially in this challenging environment,” he said, according to Variety.

Part of what has drawn viewers to the series is that it explores a chapter of Superman’s life unseen in previous TV shows or movies. It follows Clark Kent (Tyler Hoechlin) and his wife Lois Lane (Elizabeth Tulloch), who relocate to Smallville to raise their teenage sons only to realize that one or both of them may have inherited their dad’s superpowers.

“Seeing him struggle as a dad brings in a whole other element,” Hoechlin told Entertainment Weekly of his character in February. “To see somebody who, in one part of his life, feels supremely confident, but in the other areas is still trying to figure it out, I thought that was a really appealing way of approaching a character that had been done several times before.”

Superman & Lois showrunner Todd Helbing added in the same EW interview that, "There’s no version [of the Superman franchise in which] Lois and Clark are married and have two teenage boys. We’re going to explore stories that haven’t been told in a way that they haven't been told before ... The core of the show is rooted in this family and their struggles.”

This unique version of Superman’s story will continue for many more episodes thanks to its Season 2 renewal. But first up are the remaining 10 episodes of Season 1 that still need to play out this summer. Until then, viewers can tune into Supergirl for their DC hero fix.