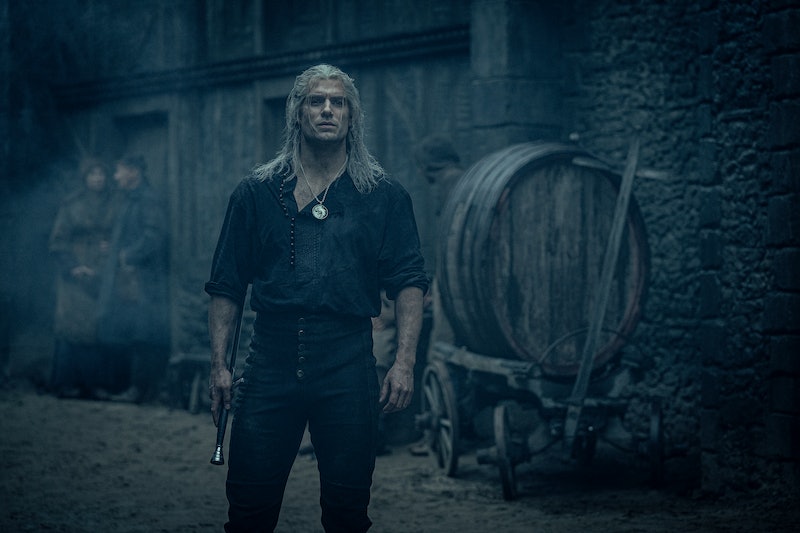 The first season of The Witcher may be over, but Henry Cavill's journey as Geralt of Rivia has only just begun. Netflix already renewed the series for a second season ahead of the Season 1 premiere, and in April 2021, Ted Sarandos, Netflix’s co-CEO and chief content officer, revealed when The Witcher Season 2 will premiere. (Spoiler alert: fans have a decent wait ahead of them.)

Prior to Sarandos’ update, Variety reported that the second season — which will also consist of eight episodes — was scheduled to begin production in London sometime in the early part of 2020, for a planned Netflix debut in 2021. Of course, that was before the entertainment industry was upended — now that productions are starting to get back on track, The Witcher Season 2 will debut sometime in the last quarter of 2021, as it just finished filming in April. This update from Deadline means viewers have a little longer to wait before they can check back in with these characters, which will require a great deal of patience, considering where things left off at the end of Season 1.

However, fans can rest easy in knowing that most of the central characters are slated to return, including Cavill's Geralt, Anya Chalotra's Yennefer, and Freya Allan's Ciri. “I’m so thrilled that before fans have even seen our first season, we are able to confirm that we’ll be returning to The Continent again to continue telling the stories of Geralt, Yennefer and Ciri,” The Witcher showrunner Lauren Schmidt Hissrich said in a statement, as per Deadline.

One change devoted fans may notice: Thue Rasmussen had to exit the series due to COVID-related delays, and the Witcher Eskel role was recast with Basil Eidenbenz.

Very few details have been released about Season 2 thus far, though that's sure to change as the premiere date approaches. However, Tomek Baginski, the EP, did mention in an interview with ComicBook.com that the first season wouldn't cover the entirety of the first book of Andrzej Sapkowski’s fantasy novels, upon which the series is based.

"Actually the books were a lot more source material than we could fit into eight episodes," Bagiński explained to the outlet. "So we have to really be very, very careful with choosing which stories we want to tell." Perhaps that means that the rest of the first book, titled The Last Wish, will play out within the second season.

Apart from that, future storylines remain a mystery. But that's kind of the beauty when it comes to any good fantasy series — you never know what to expect. But odds are Season 2 will prove to be well worth the wait.

More like this
Netflix Shut Down 'Bridgerton' S3 Rumours About A “Very Dark” Storyline
By Bustle
Everything To Know About 'Cobra Kai' Season 6
By Brad Witter
'The Queen’s Gambit' Season 2 Tweet Wasn’t From Anya Taylor-Joy
By Mary Kate McGrath, Jack Irvin and Grace Wehniainen
'The Crown' Season 6 Has Suspended Filming "Out Of Respect" For The Queen's Death
By Bustle Staff
Get Even More From Bustle — Sign Up For The Newsletter
From hair trends to relationship advice, our daily newsletter has everything you need to sound like a person who’s on TikTok, even if you aren’t.

This article was originally published on Dec. 20, 2019