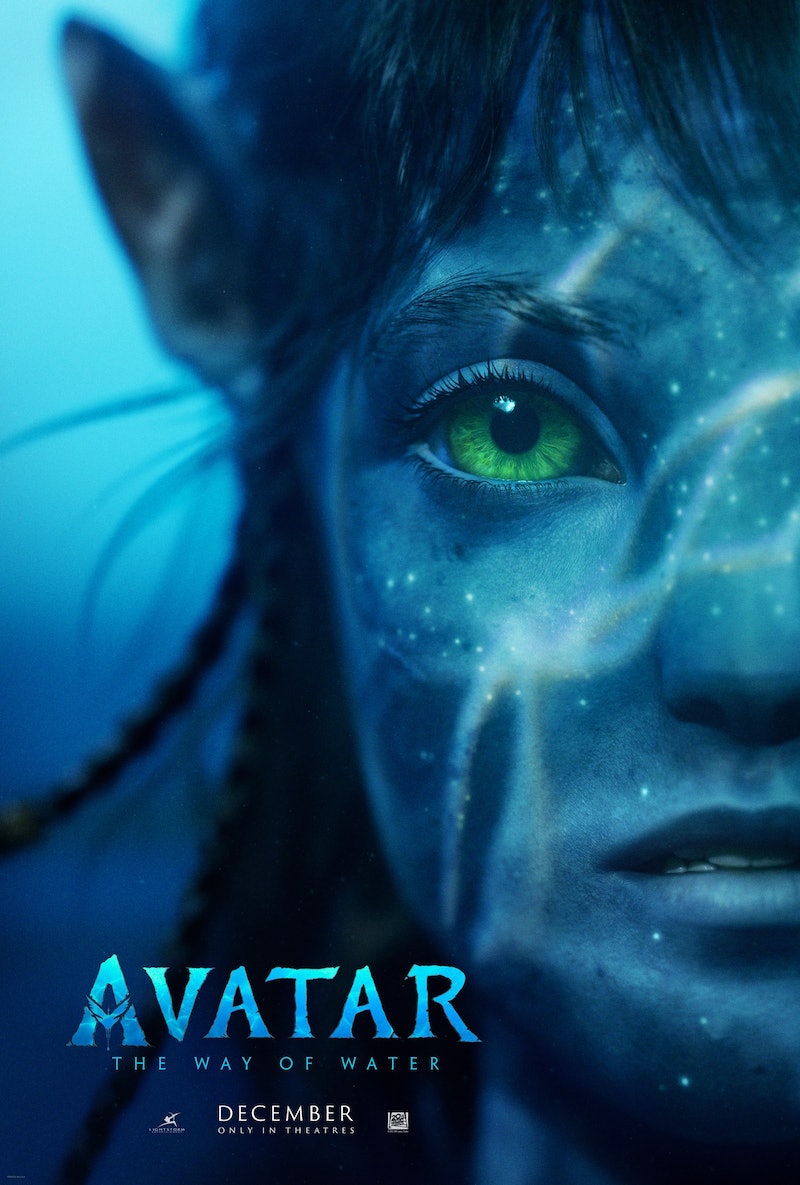 James Cameron’s Avatar spent 15 years in development before the epic sci-fi film premiered in 2009, and fans have been waiting nearly just as long for its sequel. Less than a month after its release 13 years ago, the prolific director announced plans for Avatar 2 and Avatar 3, set to be shot back-to-back starting in late 2011, with the first follow-up movie planned for a 2014 release.

Fast forward to 2022. While Avatar 2 (titled Avatar: The Way of Water) has already been filmed, the movie’s seen several delays in production and remains unreleased. The wait seems to nearly be over. The film’s premiere date is officially locked in for December 2022 and, after years of waiting, 20th Century Studios finally dropped the teaser trailer on May 9, giving fans a glimpse of never-before-seen regions in Pandora, with other gorgeous (and blue) trailers to follow.

Here’s everything you need to know about Avatar 2’s plot, cast, trailer, and release date.

Avatar 2 will premiere on Dec. 16, 2022. The sequel was originally planned for a 2014 release, though the announcement of future sequels, the development of underwater motion capture technology, and public lockdowns in recent years all contributed to the film’s many delays. Performance-capture filming for the sequel was reportedly completed in late 2018, and live-action filming apparently concluded in September 2020.

An initial teaser trailer was released on May 9. The minute-and-a-half clip shows the Sully family exploring new regions of Pandora, particularly the water alongside its creatures. The Sully family also gears up with bows and prepares to fight bigger opponents from the RDA mining company armed with machines and guns. Toward the end of the trailer, Marine veteran Jake Sully (Sam Worthington) tells Neytiri (Zoe Saldana), “I know one thing. Wherever we go, this family is our fortress.”

On Nov. 21, another trailer was released, which promises moviegoers the “motion picture experience of a generation.” Audiences get a better glimpse of Pandora this time around, and the time and effort Cameron put into this movie is evident.

Avatar introduced viewers to the otherworldly planet of Pandora, where a group of highly evolved creatures called the Na’vi reside, as well as human/Na’vi hybrids called Avatars. In order to seamlessly navigate Pandora and its poisonous nature, Avatars are required to connect with human brains. The 2009 film followed Jake, who regains the ability to move freely through a connected Avatar, as he meets and falls in love with a Na’vi woman named Neytiri. But as they grow closer, Jake finds himself forced to fight for the fate of Pandora.

The inaugural film concluded with Jake deciding to permanently become an Avatar and continue building his life with Neytiri. Set more than a decade after the events of its prequel, Avatar 2 is expected to see the couple build a family complete with three children: “first-born Neteyam, second-born son Lo’ak, and the youngest of the brood, daughter Tuktirey,” per GamesRadar.

In a May 2020 interview with RNZ, Avatar: The Way of Water producer John Landau spoke further about the sequel’s plot. “This is the story of the Sully family and what one does to keep their family together,” he told the publication. “Jake and Neytiri have a family in this movie, they are forced to leave their home, they go out and explore the different regions of Pandora, including spending quite a bit of time on the water, around the water, in the water.”

Worthington and Saldana have been confirmed to reprise their respective roles as Jake and Neytiri, per IMDb. Filling out their family members are CCH Pounder as Neytiri’s mother and Omaticaya spiritual leader Mo’at, Jamie Flatters as Neteyam, Britain Dalton as Lo’ak, and Trinity Bliss as Tuktirey.

Reuniting with Cameron on Avatar 2 for the first time since Titanic is Kate Winslet, who will play another Metkayina free-diver named Ronal. Speaking to Variety in 2017 about appearing in the sequel, the actor mentioned it’ll mark her first time shooting with motion capture. “Performance capture sounds like a fascinating process, which I really look forward to experiencing. The first movie was awe-inspiring and my children have not stopped talking about the prospect of this for the past few months,” she explained. “And whilst my role is actually relatively small comparative to the lengthy shoot (I will only have around one month with Jim and the principal actors), it is a pivotal character in the ongoing story.”

Despite their characters dying in the first film, Matt Gerald will reprise his role as mercenary Corporal Lyle Wainfleet, and Stephen Lang will once again portray RDA leader Colonel Miles Quaritch. Sigourney Weaver has stated she’ll also appear in the sequels, but as a different character than Dr. Grace Augustine.

As far as largely unknown characters go, Oona Chaplin (Game of Thrones) has been announced to play Varang, “a strong and vibrant central character who spans the entire saga of the sequels,” while CJ Jones (Coda) and Vin Diesel, who’ll be reuniting with his Guardians of the Galaxy costar Zaldaña, are confirmed to appear in undisclosed roles.

According to a Deadline report, the Avatar sequels cost $1 billion to produce, making it the “most expensive shoot of its kind” in history. With Titanic, Terminator 2, and Aliens under his belt, it’s likely Cameron’s saga could be worth it in the end. The director reportedly said he would need to make $2 billion at the global box office, just to break even.

This article was originally published on March 23, 2022