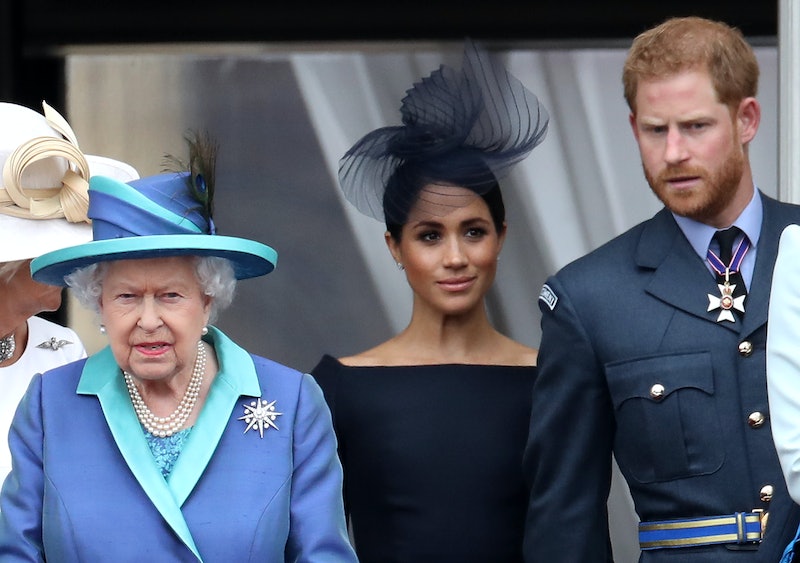 The annual Commonwealth Service was initially set to take place on March 8. It is a celebration of voices from across the world that normally attracts thousands of people. However, in line with COVID-19 restrictions, the Queen has had to adapt her plans. So, when is the Queen’s special TV programme to mark Commonwealth Day?

Westminster Abbey explained that the Queen will be joined by Prince Charles and Camilla Parker Bowles, the Duke and Duchess of Cambridge, and the Countess of Wessex for the special programme, which will air on Sunday, March 7 on BBC One. Presented from Westminster Abbey by Anita Rani, what's covered will be pretty similar to the usual Commonwealth celebrations. They will be music from Lianne La Havas, and a reflection from Commonwealth Games gold medal-winning athlete Denise Lewis.

However, The Telegraph noted that “in a timetable coincidence, the address will air on the same day as Prince Harry and Meghan's interview with U.S. chat show host Oprah Winfrey.” While the Duke and Duchess of Sussex have previously joined the royal family's Commonwealth celebrations, this year they will remain in the U.S., where they have spent the majority of lockdown.

The announcement of both events has fallen in the same month that it was confirmed Harry and Meghan would not be returning to royal duties. Earlier in February, the couple revealed not only that they are expecting their second child, but that they would be taking part in the televised interview with Oprah Winfrey. The royal family's reaction was immediate, and the British press has been speculating on possible repercussions since... Their interview with Oprah is due to air hours after the Queen's Commonwealth message, per the Guardian.

Commonwealth Day is a massive event in the Royal schedule, which they have marked every year since 1972. The Evening Standard reported that usually an estimated 2,000 people attend the Abbey to recognise the links between the 54 countries. This year, members of the royal family will share their thoughts on the importance of Commonwealth relationships and the Queen will give a special message.

Speaking about how this year will be different, the Dean of Westminster, Very Reverend Dr David Hoyle said: “The Commonwealth Service is one of the Abbey’s most important annual services, but as it is not possible to gather here, we have seized the chance to take the celebration well beyond these walls. We are so pleased that this rich and vibrant BBC programme with the Royal Family and the Abbey at its heart will celebrate our global connections at a time when we are all so physically isolated.”

The Queen’s message will be pre-recorded at Windsor Castle where she’s reportedly locked down, and you can watch it on March 7 on BBC One.

More like this
Will Archie & Lilibet Attend The Queen's Funeral?
By Sam Ramsden
How To Watch The Queen's Funeral
By Bustle UK
The Queen’s Beloved Corgis Played A Special Role At Her Windsor Service
By El Hunt
King Charles Ensured These Subtle Tributes Were Included In Queen Elizabeth’s Funeral Wreath
By Sophie McEvoy
Get The Very Best Of Bustle/UK