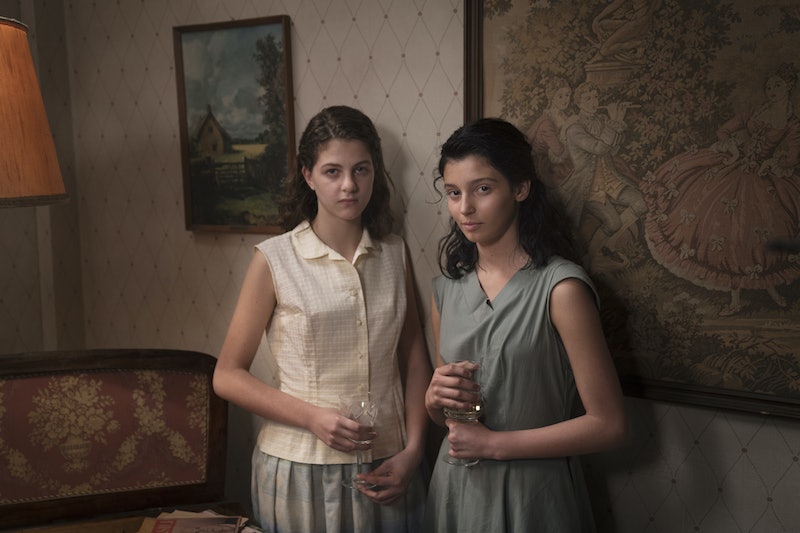 Fans of HBO's My Brilliant Friend, rejoice: the show has already been renewed for Season 3. "The fact that viewers and critics alike have continued to embrace Elena and Lila's story makes it all the more gratifying," EVP of HBO programming Francesca Orsi said in a statement to Deadline announcing the renewal. "We cannot wait to tell the next chapter of Elena and Lila's lives and friendship."

Season 3 of the Italian literary adaptation will be based on the third book in Elena Ferrante's Neapolitan novel series, Those Who Leave and Those Who Stay, which follows Elena and Lila's friendship into adulthood as Lila leaves her husband to join the workforce and Elena becomes a college graduate with a published novel. Because there's a bit of an age jump in the book, actor Gaia Girace will exit her role as Lila three episodes into Season 3, according to TVZap.

"I'm sorry to leave Lila's character, because I've been working on it for three years. I'm growing up with her and I'm sorry to leave it to someone else," Girace told the outlet. "I hope that whoever takes my place will love her at least a penny of what I love her." It's likely that Margherita Mazzucco's teenage character Elena will also be aged up with a new actor as well.

The show, which airs on HBO in America and on Rai 1 in Italy, took a long time between Seasons 1 and 2, which could continue with Season 3. Season 1 aired in November 2018, and Season 2 didn't premiere until March 2020 in the U.S. (It aired a month earlier in Italy.) Following that timeline, you can likely expect a summer 2021 premiere date, though that could be pushed further. The show is filmed in Italy, which has been hard hit by the coronavirus pandemic. And with global travel restricted, My Brilliant Friend likely won't be able to start shooting any time soon.

However, when HBO announced pauses in production for their other shows like Succession and Barry, the network said that many writers were continuing to work remotely. Perhaps the creative team for My Brilliant Friend can get all the scripts worked out via video chat so that the actors can hit the ground running when it's safe to resume production.

This article was originally published on May 4, 2020