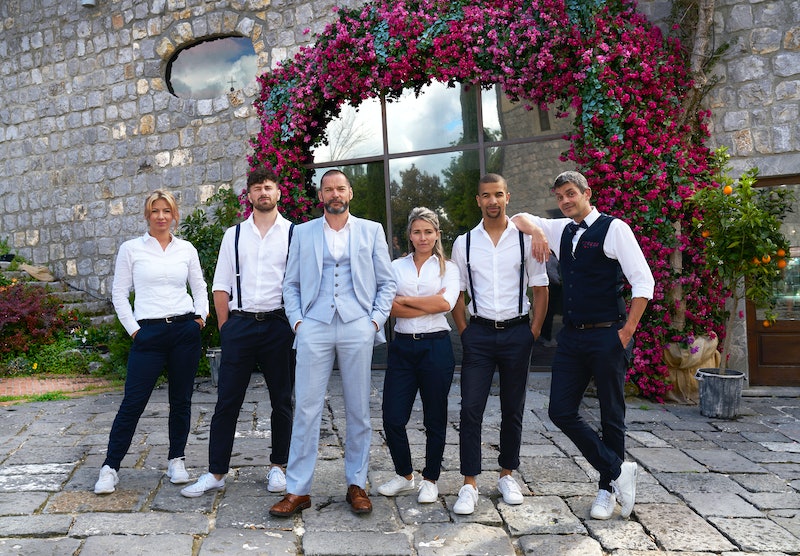 Many of our favourite TV shows have had to be postponed in the past year, with filming schedules pushed back due to the ongoing threat of COVID. But one reality series we are still very much getting our fill of is First Dates. A new series of the hotel spin-off begins tonight, but where and when was First Dates Hotel filmed? And how did it stick to COVID regulations?

Well, the series is recorded at the Aquapetra Resort & Spa, based in Southern Italy. After some digging, I’ve learnt that the series was filmed in 2019, before the COVID-19 pandemic began, meaning social distancing and COVID protocols were not necessary. So my guess is we’ll see a lot of cuddling up and probably some snogging too. Lots of things to make us feel extra nostalgic for pre-COVID times.

For the regular First Dates, it was a slightly different story. Filming for season 16 initially began in March 2020, but it was postponed and then picked up again in September. It was aired in February 2021.

When it comes to COVID restrictions, the First Dates team have been as strict as possible, according to organisers. The regular series — which this year relocated to Manchester for the first time — saw crew members, restaurant staff and daters taking part in regular rapid testing before appearing on screen.

Producer Sarah Fink explained: "The crucial bit for us was to test people as close as them going into the restaurant as possible, so they knew they were negative when they went in, and knew that everyone around them was also negative."

Maitre d' Fred Sirieix also shared the following with This Morning: “We have very strict protocols – people getting tested, people in bubbles; it was like a military operation,” he said.