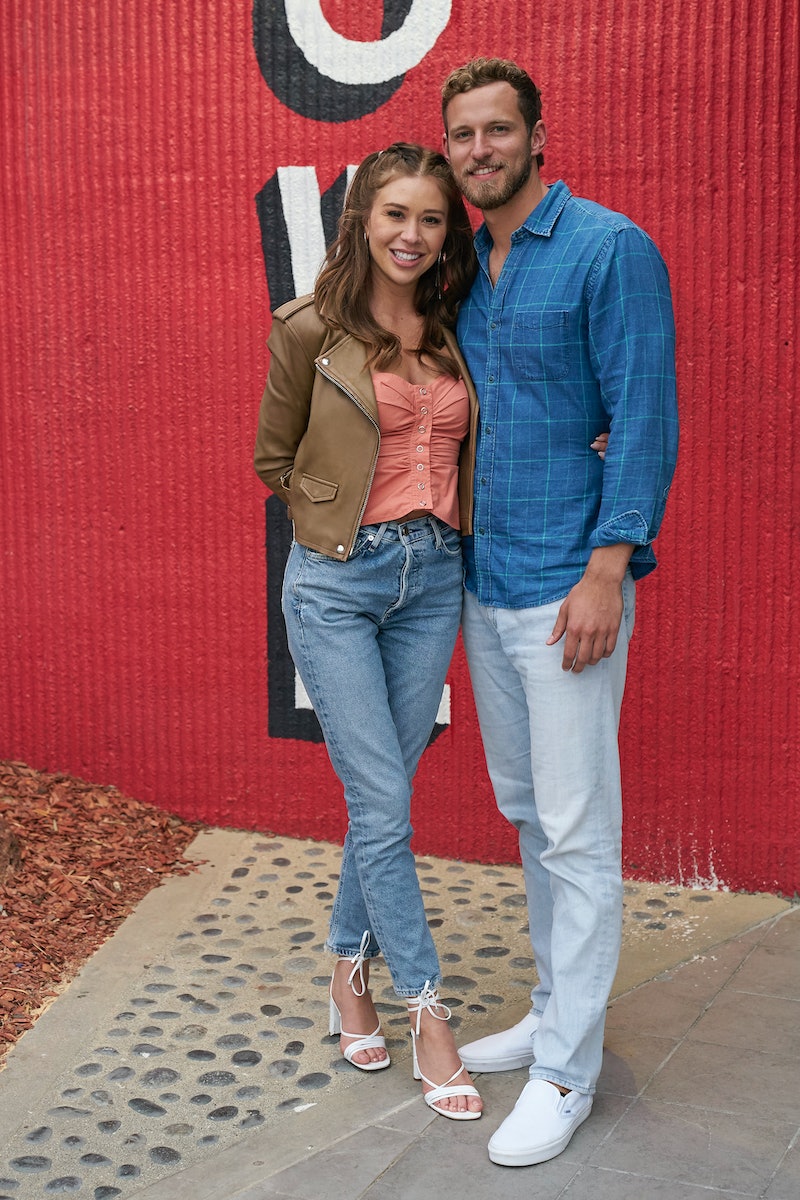 They didn’t necessarily have the easiest time reaching their engagement, but Gabby Windey and Erich Schwer did find their happily ever after. The Bachelorette process has proven successful for another lead — at least for now — and Gabby got her proposal. Though their relationship got off to a stellar start, there were endless late-stage obstacles that threatened to derail their story. There were Erich’s insecurities with Gabby’s potential overnight dates, followed by Gabby’s spiral after two of her final three men, Jason and Johnny, self-exited. Then, before the finale, Erich raised last-minute concerns about proposing, floating the idea of leaving the show as partners instead of engaged. Not to mention that text message debacle. However, despite the turbulence, the proposal unfolded without a hitch, as Gabby told Erich she wanted to love him “for as long as you’ll let me” and Erich called their relationship “fate” before getting on one knee.

Appearing at the After the Final Rose special, Gabby and Erich were on good terms. However, the couple had to address some speed bumps before they could talk about their future. Specifically, Erich had to address the slew of text messages that were made public by his ex-girlfriend. The messages in question alleged that Erich went on the show despite claiming it “wasn’t real” and saying he was doing it in hopes of career exposure. He did admit that he didn’t handle the situation well, and apologized for his actions. Gabby also stated that Erich had already told her about the text messages, which meant that while the drama was current for the public, it had long been dealt with for the happy couple.

With that out of the way, it was time to talk about the future. Jesse Palmer was then joined on stage by a solo Gabby, who spoke about her time on the show. She reminisced on how her journey had made her more “vulnerable,” and “more open to love.” Of Erich, she stated, “I just feel incredibly grateful to have him by my side.” Then Jesse asked the question on the audience’s mind, by pressing Gabby on what was next for her and Erich. “I don’t know,” she said.

From the sound of it, there don’t seem to be any plans to get married any time soon. Gabby explained that she and Erich were looking forward to being able to exist in a public relationship, instead of having to hide out in secret meetings. “I think we’re just excited to live life together and not separate.”

More like this
Victoria Fuller & Greg Grippo Addressed Their Relationship Timeline
By Grace Wehniainen
Jill & Jacob Split Up Right After He Hard-Launched Their Relationship On IG
By Grace Wehniainen
Is Queen Elizabeth II Or The Royal Family In Netflix’s 'Harry & Meghan' Docuseries?
By Jake Viswanath
Brooke & Cru Have Hinted That They’re Still Together After 'Back In The Groove'
By Brad Witter
Get Even More From Bustle — Sign Up For The Newsletter