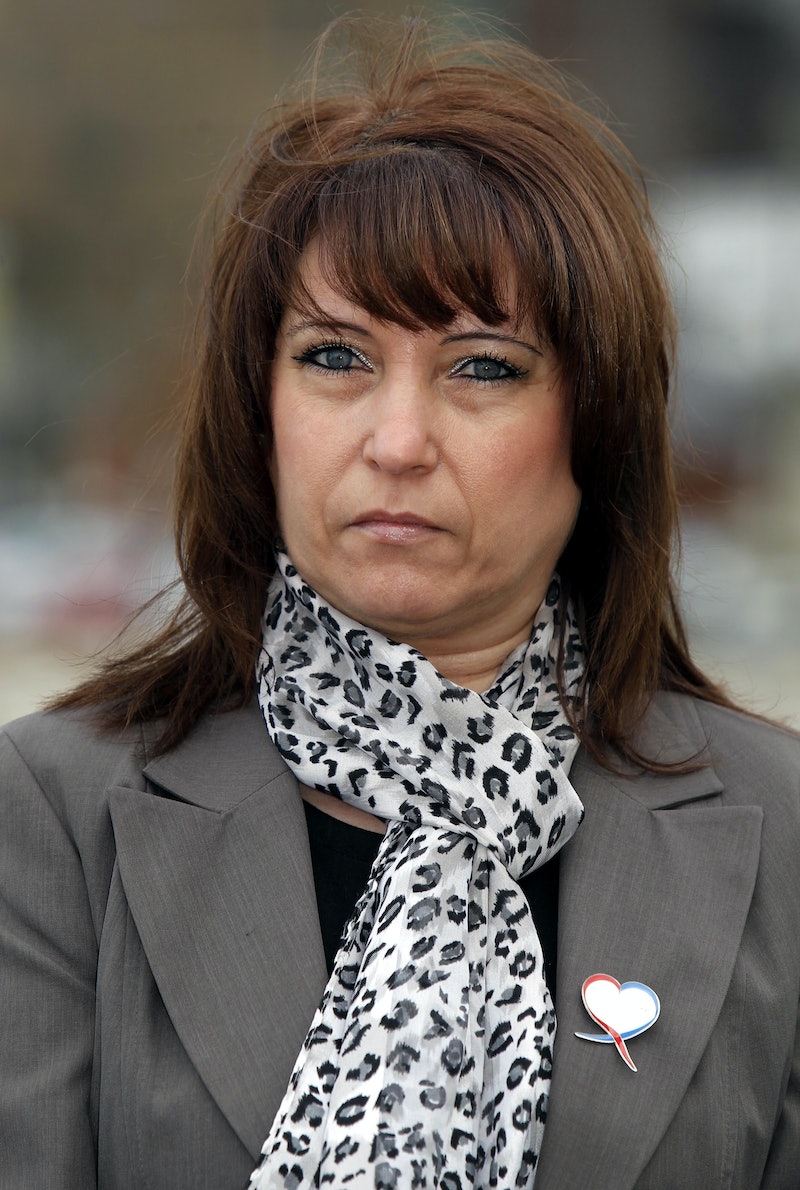 It’s been close to three decades since the disappearance and murder of two-year-old James Bulger horrified the nation. On Feb. 12, 1993, the toddler was lured away from his mother in a Liverpool shopping centre and tortured by ten-year-old boys, Robert Thompson and Jon Venables. After CCTV footage captured the boys leading James Bulger away before his death, they were later found guilty in court. The historic crime is the focus of a new, two-part Channel 5 documentary, Lost Boy: The Killing of James Bulger. The victim’s brothers will speak for the first time in the documentary, as will mum Denise Fergus, and others – including police officers – involved in the investigation. But where is Denise Bulger now?

Since the 1993 murder, Denise Bulger has remarried and now goes by the name Denise Fergus. She has three sons: Michael, Thomas, and Leon — who will speak about their brother publicly for the first time in the new Channel 5 documentary.

“My mum will give us little stories and insights about what he was like. He has always been a character we wanted to know more about, wishing he was there, rather than someone who was in the background all the time,” said Michael Fergus in the film, via Daily Mail, who was born nine months after James' death.

Ahead of the documentary’s release tonight (Mar 10), Denise Fergus, tweeted that she was “proud” to hear her three sons speak openly about their brother and life in their family for the first time.

In the documentary, Denise recalls the tragic day her son disappeared 28 years ago. As she explains, she had been holding her son’s hand in the butcher's, then, as she took out her purse to pay, she let go. “I shouldn’t have let go of his hand,” she says to camera. “It’s hard for me to say, but it’s the truth.”

In the heartbreaking aftermath of James Bulger’s death, Denise became a heroic campaigner for adequate justice for her son. For 28 years, she has fought against the lenient sentences of the child killers and the decision to give them life-long anonymity.

Robert Thompson and Jon Venables — the youngest convicted murderers in Britain for 250 years — were sent to a young offenders’ institute, where they stayed until their release at the age of 18 in 2001. They were said to be rehabilitated and given new identities. Back in 2018, Venables was jailed again for possessing more than 1,000 indecent images of children and a child abuse manual.

Denise, who set up the James Bulger Memorial Trust to help other grief-stricken families, speaks of the grief and guilt she’s felt in the years since her son was murdered. "It’s hard for me to say, but it’s the truth. If there’s such a thing as closure, I don’t think I’ll get it any time soon. At this moment in time, I don’t see closure."

"He'll never be forgotten by us,” she continues. “Every single day, even after all these years, I miss him. Every single day without James, he’s missed."

More like this
After The Bling Ring, Nick Prugo Was Embroiled In Another Scandal
By Arya Roshanian
Rita Ora Celebrates Finding Her "Fairytale" Ending With Taika Waititi
By Sophie McEvoy and Catharina Cheung
Here’s Everything You Need To Know About Operation London Bridge
By Bustle UK
Why Princess Anne Will Remain Princess Royal For Years To Come
By Sophie McEvoy
Get The Very Best Of Bustle/UK