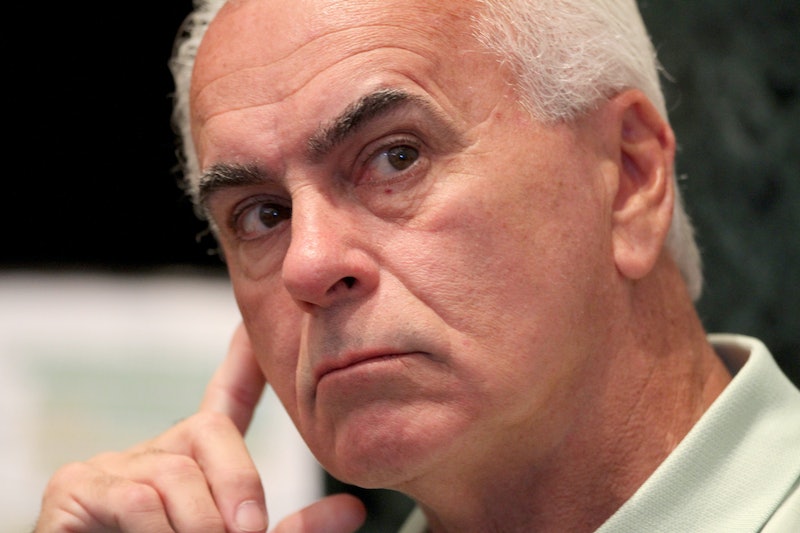 More than a decade after she made similar allegations at trial, Casey Anthony renewed claims in a new Peacock docuseries that her father, George Anthony, was responsible for her daughter Caylee’s 2008 death. Speaking for the first time on camera about the case since the trial, she alleged in 2022’s Casey Anthony: Where the Truth Lies that her father staged 2-year-old Caylee’s drowning to cover up that he may have been abusing his granddaughter. (George denied those claims in court and has never been charged; he declined the Peacock docuseries team’s request for comment.)

“He was standing there with her,” Casey said of allegedly finding her father holding Caylee by the family pool. “She was soaking wet. He handed her to me. Said it was my fault. That I caused it. But he didn't rush to call 911, and he wasn't trying to resuscitate her. I collapsed with her in my arms. She was heavy, and she was cold. He takes her from me, and he immediately softens his tone and says ‘It’s going to be OK.’ I wanted to believe him. He took her from me, and he went away.”

She went on to explain that she “genuinely believed that Caylee was still alive” because George told her Caylee was OK. Casey added, “I had to keep following his instructions. He told me what to do. I tried to act as normal as I could.”

Six months after her disappearance, Caylee’s remains were found in a wooded area near the Anthony family home in Florida. In Where the Truth Lies, Casey described her father allegedly sexually abusing her as a child while expressing fears he had done the same to Caylee. (George also denied Casey’s sexual abuse allegations during her trial.) “There was no ladder...no way for her to shimmy up,” Casey claimed. “There’s no way to explain that unless [George] put her in the pool to cover up what he did.”

According to Reuters, Casey cut off contact with her father and mother, Cindy, while in a Florida jail before mounting her trial defense that accused George of sexual abuse and involvement in a cover-up of Caylee’s death. Later, George vehemently denied the allegations, testifying during Casey’s 2011 trial that he bought a gun to use to force his daughter’s friends to confess what happened to Caylee. Per Reuters, he also testified that he tried to die by suicide when his granddaughter’s remains were found.

Following Casey’s acquittal, George gave several media interviews about their estrangement. After he suffered a near-fatal car crash in November 2018, George revealed that he wrote Casey a letter “seeking reconciliation.” During an October 2019 appearance on The Dr. Oz Show, he said he told his daughter that he wanted to see her and find out how she was doing. “I said, ‘Casey, no matter what, I’m still your dad, and I love you,’” he added. “That was hard for me, but I needed to get that from me because you can’t move on if you keep on holding all these things inside, you need to be able to express yourself.”

He said he was ready to move on. “Even though what she’s done to Caylee, to her, and I or anyone else, I just wanted [her] to know that I was ready to forgive her,” he told Dr. Oz. “At least I wanted to see her and talk to her. No matter if it was an hour or five minutes or whatever, I just wanted to just see her.”

Two years later, his daughter’s allegations resurfaced in November 2022, and photographers spotted George, now 71 years old, outside of his Orlando, Florida, home. As of publication, he’s yet to publicly comment on Where the Truth Lies. Bustle was unable to reach George Anthony for comment.

More like this
Everything To Know About 'The Real Housewives Ultimate Girls Trip' Season 4
By Jake Viswanath
Andy Cohen Apologized To Larsa Pippen After A 'RHOM' Season 5 Reunion Dust-Up
By Brad Witter
Hallmark’s The Way Home Is Like 'This Is Us' Meets 'Back To The Future'
By Grace Wehniainen
A New Netflix Doc Will Explore The Unsolved Murder Of Jill Dando
By Sam Ramsden
Get Even More From Bustle — Sign Up For The Newsletter
From hair trends to relationship advice, our daily newsletter has everything you need to sound like a person who’s on TikTok, even if you aren’t.