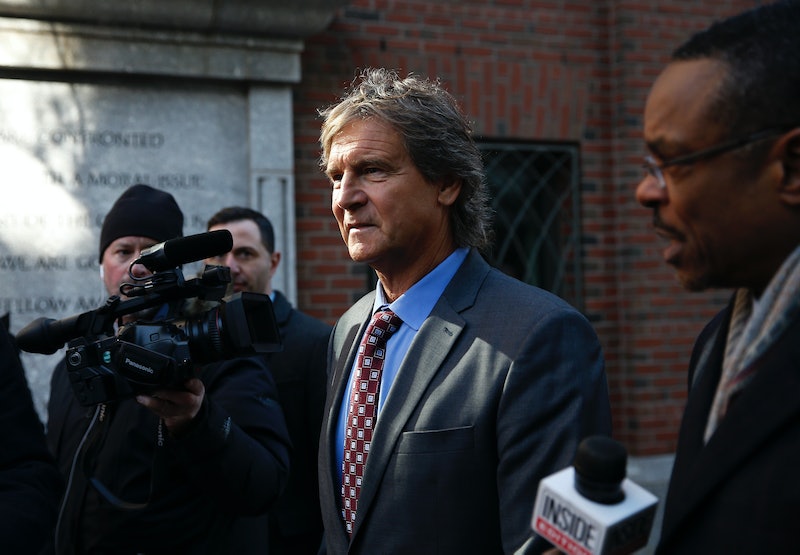 William “Rick” Singer, the now-infamous Newport Beach college admissions advisor, may have been the ringleader in the college admissions scandal — but he didn’t do it alone. As Netflix’s Operation Varsity Blues explains, Singer worked with a whole host of accomplices to fix students’ exam scores and secure applicants admission to the country’s most elite universities. Among those charged alongside Singer was Jovan Vavic, a former water polo coach for the University of Southern California. Now, two years since the scandal first made headlines, it’s worth asking: where is former USC water polo coach Jovan Vavic now?

To recap, the Operation Varsity Blues investigation uncovered that wealthy parents were paying Rick Singer to cheat the college admissions process. Among the illicit services Singer offered was a “side door” into prestigious institutions, which bypassed the normal application process. Parents could pay to have a student designated as an athletic recruit, regardless of their actual talents. Singer bribed coaches at schools like USC and Yale to facilitate this; allegedly, Vavic was among them.

Vavic allegedly signed two fake recruits to USC’s water polo team in exchange for bribes, according to Sports Illustrated. The report notes that Vavic received anywhere between $220,000 and $250,000 for his efforts — some of which, according to wiretapped conversation Singer had with a parent, Vavic may have used to subsidize his assistant coaches’ salaries. Vavic’s lawyer underscored the pressure the coach was under to fundraise, stating that Vavic was “not only encouraged but effectively required” to raise money for the USC water polo program on his own, and that the coach was “fully endorsed and facilitated by university officials,” according to Los Angeles Magazine.

In the aftermath of the scandal, Vavic was fired from his coaching position at USC, and he sold his home in Rancho Palos Verdes , California for $2.45 million, per the Los Angeles Times. He has pled not guilty to all charges, which, according to the Massachusetts State District Attorney’s office are: “Conspiracy to commit racketeering; conspiracy to commit mail and wire fraud and honest services mail and wire fraud; conspiracy to commit federal programs bribery; wire fraud and honest services wire fraud – aiding and abetting.” The “conspiracy to commit federal programs bribery” charge came later, almost two years after the initial indictment. That charge alone carries a punishment of up to five years in prison, three years of supervised release, and a fine of $250,000 or twice the gross gain or loss, whichever is greater, according to CBS Los Angeles. Vavic is currently scheduled to stand trial on November 16, 2021.

Vavic was not the only person in USC’s athletic department to be charged as a part of the college admissions scandal. Former soccer coach Ali Khosroshahin and former assistant soccer coach Laura Janke have both pled guilty, and agreed to cooperate with the government’s investigation. Donna Heinel, the former USC senior associate athletic director, has pled not guilty, and is currently scheduled to stand trial on November 16 as well.