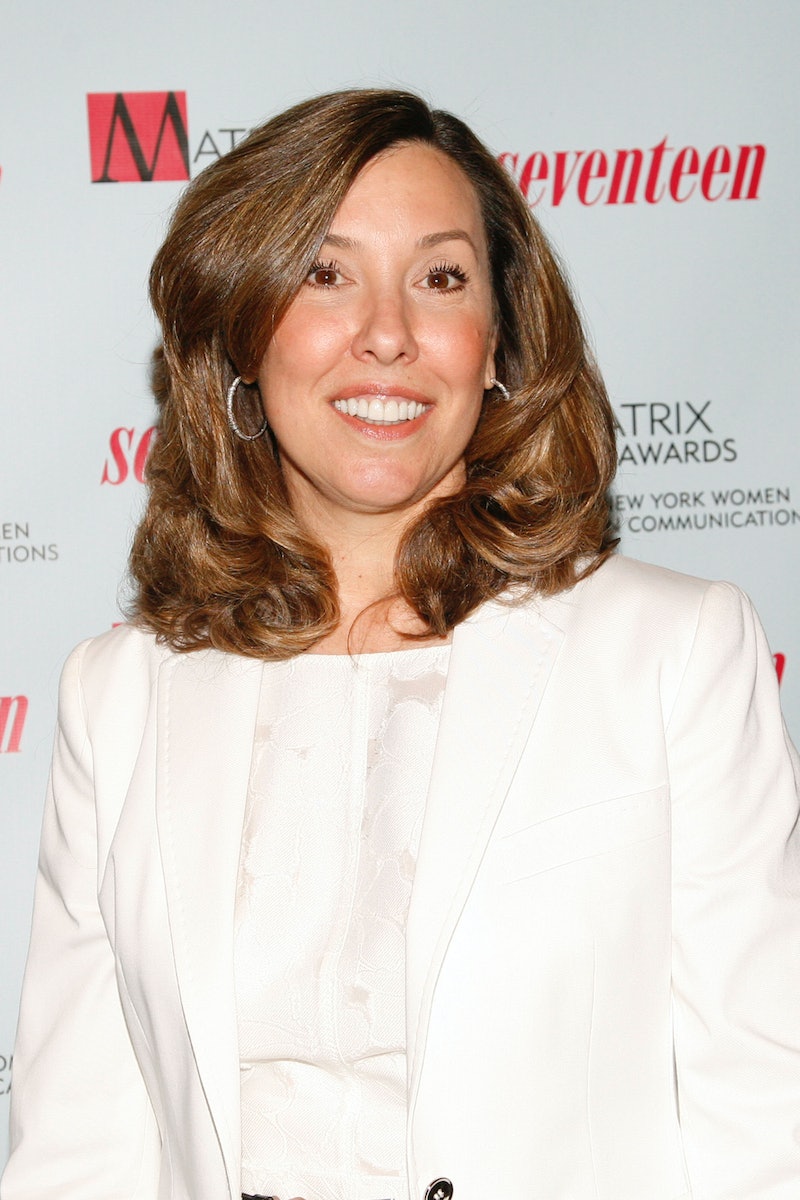 As news anchor Rosanna Scotto explains in Episode 3 of Allen v. Farrow, Woody Allen has a “very powerful PR machine” that’s long helped to shield him from Dylan Farrow’s allegation that he sexually assaulted her when she was 7. (Allen denies Farrow’s claim). For years, this team was led by Leslee Dart, who worked alongside Allen’s former attorney Elkan Abramowitz to “paint [Dylan Farrow’s mother Mia] as a scorned woman who would say anything,” Scotto says in the show.

Little is known about Dart’s personal life, but her reputation as a “very imperious, very rigid” media executive precedes her. In 2007, Crain’s named her one of the most powerful women in New York, and in 2009, journalist Nikki Finke listed her as one of the most influential women in Hollywood. She previously served as the CEO of 42West, an entertainment publicity/marketing firm she founded in 2004 after being fired from the firm PMK (reportedly due to a disagreement about the direction of the company). However, Dart is no longer with the company.

Aside from Allen, Dart’s clients have included high-profile celebrities like Tom Hanks, Meryl Streep, and Martin Scorsese. As Ronan Farrow explains in Allen v. Farrow, Dart has become one of the most sought after publicists in Hollywood because of her power and influence. “When you have Leslee Dart on your payroll, that is someone who can say, ‘You better print this or I’m going to withhold my clients from you in the future,’” he says in the docuseries.

Dart wielded that influence while working with Allen, who she began representing in the mid-80s, according to Marion Meade’s The Unruly Life of Woody Allen. When asked in 1992 whether Allen was sleeping with Soon-Yi Previn, a New York Daily News reporter claimed to Meade that Dart snapped, “How can you say such a thing? That’s horrible.” Shortly afterward, Allen confirmed that he was dating Previn in a press conference. In 2014, Dylan Farrow wrote about her allegations against Allen for the first time in a New York Times blog post. Not long afterward, The Wrap reported that Dart “sent out four emails in less than three-and-a-half hours” to dozens of journalists that reportedly included numerous links to articles critical of Farrow’s story.

Following the publication of Dylan’s piece, there was “not a coordinated effort exactly, but a series of commenters defending Allen” using the same talking points from 20 years prior, Slate writer Lili Loofbourow notes in Allen v. Farrow. The questionable Yale-New Haven report was again brought up as evidence, while actors including Scarlett Johansson, Javier Bardem, and Diane Keaton openly expressed their support for Allen. Days later, Allen wrote his own New York Times op-ed calling Farrow’s accusations “ludicrous.”

In 2016, Ronan Farrow wrote a guest column for The Hollywood Reporter about the wall of protection surrounding Allen. “Being in the media as my sister's story made headlines, and Woody Allen's PR engine revved into action, gave me a window into just how potent the pressure can be to take the easy way out,” he wrote. He claimed that his colleagues at other major news outlets received daily emails from Dart featuring “talking points ready-made to be converted into stories,” along with offers to interview certain therapists, lawyers, and friends of Allen’s who would validate his claims.

“The open CC list on those emails revealed reporters at every major outlet with whom that publicist shared relationships — and mutual benefit, given her firm's starry client list, from Will Smith to Meryl Streep,” Ronan continued. “Reporters on the receiving end of this kind of PR blitz have to wonder if deviating from the talking points might jeopardize their access to all the other A-list clients.”

Ronan described this as a “culture of transactional access journalism,” in which “powerful PR people trade stories and plant stories and put into the public consciousness whatever their clients want.” Allen v. Farrow demonstrates how that helped to insulate Allen from criticism.

After Allen v. Farrow premiered, journalists received an email from Allen’s sister Letty Aronson acting in a PR capacity. “Woody and Soon-Yi were approached less than two months ago and given only a matter of days ‘to respond,’” the email read, per The Daily Beast. “As has been known for decades, these allegations are categorically false.”

However, Allen v. Farrow producer Amy Herdy said that she first reached out to Dart in June 2018. “I reached out to his rep a few times to try and interview him then — and got crickets back,” she told Variety. “I know they got my request, because I was able to get an assistant on the phone saying, ‘You are getting my emails, right?’ And she said yes. But they never responded.”

This article was originally published on March 15, 2021