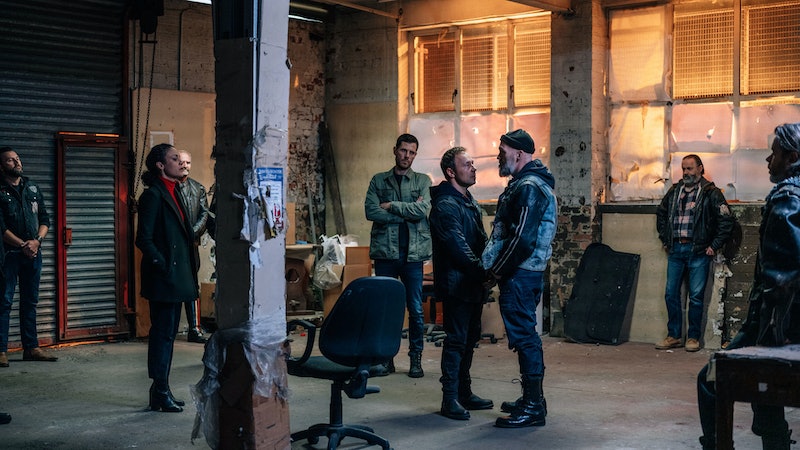 Set within the fictional AC-12 police unit, Jed Mercurio's explosive Line of Duty explores the investigations of a controversial anti-corruption department. The show’s cast is headlined by the likes of Martin Compston, Vicky McClure, and Adrian Dunbar. But what else is there to know about the hit BBC thriller? And where is Line of Duty filmed?

Well, the location of the show is very much intrinsic to the action and its overall mood, so I reckon you should get to know the show's filming locations a little, to appreciate the drama even more.

The show is filmed in Belfast, with creator Jed Mercurio telling the BBC that the city has been "a fantastic home" for the drama. As the Express reports, some of the show’s notable filming spots include the HQ of Invest Northern Ireland, the Belfast central Library, and St Anne’s Cathedral. Belfast hasn’t always been the home of Line of Duty, however, because throughout the show’s first run, production primarily took place in Birmingham.

As The Telegraph also reported, the show has been known to wreak havoc in the city of Belfast, as some locals, who weren’t given any warning, were allegedly riled up after a scene was shot in which a man with a bloody head fled down Belfast's Tates Avenue back in 2015.

Filming of the show’s fifth season was apparently a little less disruptive, with crew members working through the night and putting measurements in place to avoid any pesky on-set spoilers, Belfast's News Letter reports.

Elsewhere, production on Line of Duty’s sixth run is expected to resume later this year, following delays brought on by the coronavirus pandemic. Discussing the new series, Martin Compston, who portrays the character of Detective Sergeant Steve Arnott, revealed to the Radio Times how he feels Line of Duty is being awarded a “second chance” following major filming disruptions.

“Not to sound like we’re a band and I’m trying to sell our newest album, but I was just reading the scripts again and they’re so good that I feel like it’s our second chance, another chance to go back to it and really do it justice,” the actor explained.

Line of Duty series six is expected to debut in 2021.

This article was originally published on March 31, 2019