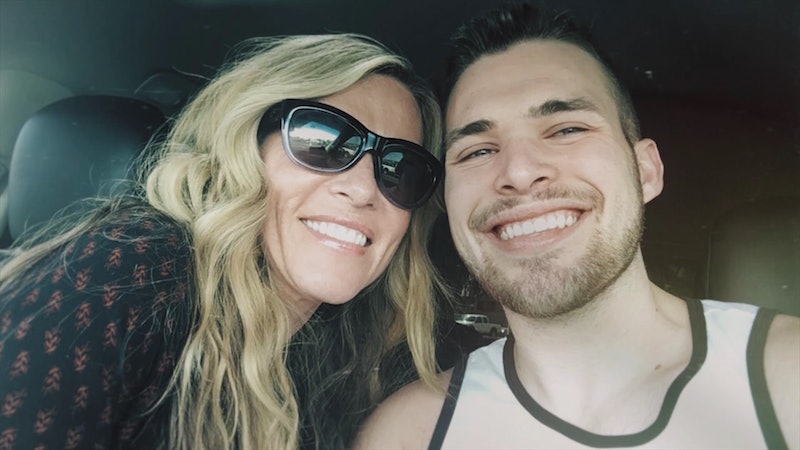 Netflix’s Sins of Our Mother describes Lori Vallow Daybell as someone who friends and family knew as a devoted mother of three, a loving wife, and a woman of God — before something went wrong. As of September 2022, Lori is in jail awaiting trial for conspiracy to commit murder and first-degree murder in connection with the deaths of her fourth husband, her fifth husband’s wife, and her two youngest children. At the center of the three-episode true-crime docuseries is a single burning question: “How did a seemingly normal woman become the most notorious mother in America?”

In the Sins of Our Mother trailer, an unseen woman describes Lori and her fourth husband, Charles Vallow, as having what looked like an “ideal marriage” before her religious beliefs as a follower of The Church of Jesus Christ of Latter-day Saints (LDS) became increasingly extreme. After she met LDS doomsday author Chad Daybell in 2018, friends say the mom of Colby Ryan, Tylee Ryan, and Joshua “JJ” Vallow drastically changed.

Among Chad’s beliefs are that only the righteous can survive an apocalypse that is coming and that he was someone who could distinguish between the good and evil spirits. As described in the three-part Netflix doc, the only way to free the spirit of someone who is “very dark” is to kill the body, according to Chad’s teachings.

Charles ultimately filed for divorce in Arizona in February 2019, claiming that Lori threatened to murder him if he disrupted her “preparations for Christ’s second coming.” Sins of Our Mother also claims that Charles had written that Lori referred to her daughter Tylee as a “dark spirit.” Fearing for his life, he filed an order of protection against his estranged wife, who allegedly took money from their joint bank account and sold his truck.

In July 2019, Lori’s brother, Alex Cox, shot and killed Charles, claiming self-defense. Months later, Cox died of natural causes in December, and he had never been charged in connection with Charles’ killing. However, authorities later ruled Charles’ death a homicide in September 2021, and Lori was charged with conspiracy to commit murder.

Meanwhile, 17-year-old Tylee and 7-year-old JJ disappeared in September 2019. When family members reported the children missing, Lori and Chad lied to the police about their whereabouts. Idaho police began investigating the Daybells in November 2019, when the couple left the state. Authorities caught up with the couple in Kauai, Hawaii in February 2020 and arrested Lori on felony charges of desertion and nonsupport of her dependent children. In the interim, family members, including son Colby, begged Lori to tell them where Tylee and JJ really were.

In June 2020, the children’s bodies were found on Chad’s property in rural Idaho. Lori and Chad were charged with first-degree murder in connection with the deaths of Tylee, JJ, and Tammy in May 2021. The couple pleaded not guilty but could face the death penalty if convicted, according to NBC News. Meanwhile, proceedings for Lori’s conspiracy to commit murder charges in Arizona in connection with Charles’ homicide are on hold, pending the results of the Idaho case.

As Sins of Our Mother noted, Tylee, JJ, and Tammy’s causes of death have not been released to the public. Despite an earlier ruling to the contrary, a judge deemed Lori mentally competent to stand trial in April 2022. Lori and Chad are currently scheduled to have a joint trial in January 2023 in Ada County, Idaho, and prosecutors are seeking the death penalty in both cases.