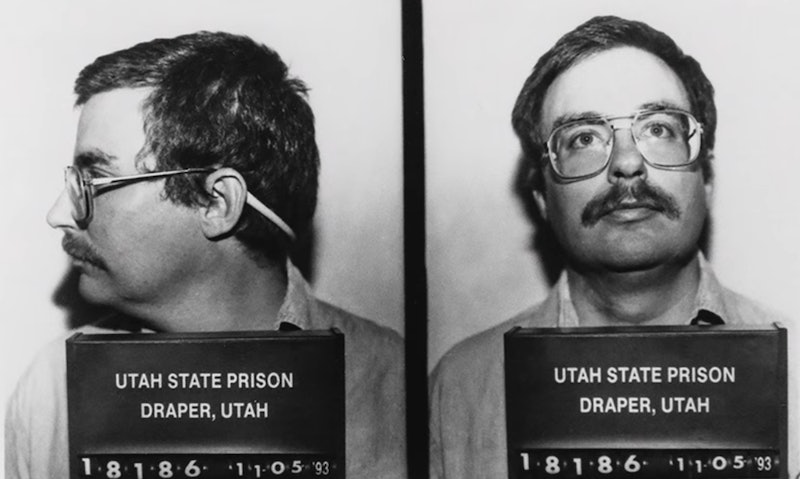 Netflix's new three-part docuseries Murder Among the Mormons dives deep into the infamous Salt Lake City bombings, which killed two people in a series of explosions in 1985. The perpetrator turned out to be a man named Mark Hofmann, a member of the Mormon church who, fearing exposure, planted the bombs in an attempt to cover up a string of rare papers related to Mormon history he'd forged and sold to the church.

After Hofmann was hospitalized for injuries sustained by another bomb, he became the prime suspect in the case and eventually confessed. According to the New York Times, Hofmann pled guilty in 1987 to second-degree murder charges for the two people his bombs killed. He also pled guilty to two counts of theft by deception. Later, Hofmann wrote a letter to the parole board that explained his motives for the bombings.

Per the Salt Lake Tribune, Hofmann said he was in over his head after promising forgeries that he was unable to deliver on. Mormon bishop and document collector Steven Christensen reportedly threatened to reveal that Hofmann was a fraud if he didn't produce the documents. So Hofmann planted a bomb to kill him. A second bomb was sent to Christensen's associate and fellow Mormon bishop Gary Sheets, but it killed Sheets' wife Kathleen instead.

"The Steve Christensen bomb was to take the pressure off of two fraud schemes I had involved him in," Hofmann wrote in his 1988 letter, per the Tribune. "The Gary Sheets bomb was a pure diversion." When the third bomb went off in Hofmann's car, investigators initially believed it was an accident and that he was a third victim. But Hofmann claimed in his 1988 letter that he intentionally set the third bomb off on himself.

Per the Los Angeles Times, inconsistencies in Hofmann's story about how he found the bomb and where he was when it went off alerted investigators to the possibility that he was the perpetrator. After finding tons of documents in his car, they collaborated with experts who eventually determined that Hofmann had faked his rare collection of historical Mormon documents. The judge ultimately sentenced Hofmann to four prison terms of five years to life, to be served concurrently. The Times reported that the judge recommended a life sentence for Hofmann, but that it was ultimately up to the parole board.

According to the Salt Lake Tribune, the board felt that Hofmann wasn't remorseful for his crimes. At his 1988 hearing, he called his forgeries an "experimentation ... to see why [Mormons] believe what they do." The parole board then ordered him to serve a full life sentence without further possibility of parole.

In 2016, Salt Lake City's Fox 13 reported that Hofmann had been transferred from a maximum security prison to the Central Utah Correctional Facility in Gunnison, Utah. Hofmann was initially kept in maximum security due to his notoriety, but that's decreased in the years since his conviction. "His institutional history is pretty clean. He doesn't have any behaviors that would indicate he'd be a problem. For the time being, of course. We'll look at it on a continual basis," prison spokesman Steve Gehrke told Fox 13.

As of 2021, Hofmann is still serving out his life term at the Gunnison facility, per Utah inmate records. He's now 66 years old.

More like this
Where Is The Bling Ring’s Rachel Lee Now?
By Arya Roshanian
Lori Vallow’s Son Was Arrested For Sexual Assault Days Before 'Sins Of Our Mother' Premiered
By Brad Witter
Lori Vallow Faces The Death Penalty For Allegedly Murdering 2 Of Her Children
By Brad Witter
Kyle & Deepti Finally Revealed Their Relationship Status Post-'After The Altar'
By Grace Wehniainen
Get Even More From Bustle — Sign Up For The Newsletter