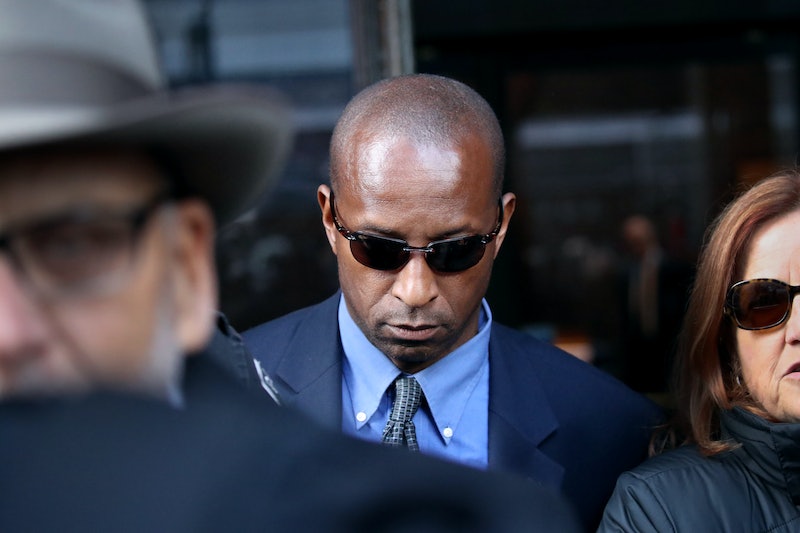 In 2019, when the college admissions scandal first made headlines, it rocked the nation. Now, two years after the scandal went public, Netflix is set to release Operation Varsity Blues (premiering March 17), a documentary about the eponymous government investigation. Those charged in the investigation included college admissions consultant William “Rick” Singer — the man at the center of the scheme — as well as dozens of Singer’s wealthy clients, a handful of collegiate coaches who allegedly took bribes to secure students’ admission, and more. Rudy Meredith, a former women’s soccer coach at Yale, was one of them. It’s been a while since the scandal was in the news cycle, so it’s worth asking: just where is Rudy Meredith now?

Meredith’s part in the scandal involved leveraging his position as the head coach for the Yale women’s soccer team, where he was the “winningest coach in Yale history,” according to his faculty profile on the school’s athletics website.

He resigned his position in 2018, saying it was “time to explore new possibilities and begin a different chapter in my life.” It would later emerge that, by that time, Meredith had already been cooperating with federal authorities in the Operation Varsity Blues investigation for roughly six months. A Yale spokesperson told the New York Times that the university only learned about the investigation after Meredith announced he was leaving; the day after he issued a press release about his departure, Yale received grand jury subpoena from the U.S. attorney in Massachusetts, seeking information about Meredith.

According to the New York Times, Meredith was charged after he took a $450,000 bribe from a parent to earmark their child as a Yale soccer recruit — thereby guaranteeing the student admission, while bypassing the normal processes. When Meredith met with the parent in a Boston hotel room to receive $2,000 in cash toward the payment, FBI investigators secretly videotaped the interaction.

Investigators actually discovered Singer’s scheme through Meredith. Before the FBI approached him in the aftermath of the Boston hotel room incident, Singer and his group of complicit coaches weren’t “on our radar,” prosecutor Eric Rosen said in court. “We learned about it through Mr. Meredith.”

Prosecutors allege that between 2015 and 2018, Meredith accepted $860,000 in bribes from Singer to designate Yale applicants as athletic recruits. For his actions, Meredith was charged with conspiracy to commit wire fraud and honest services wire fraud, according to records on the Massachusetts District Attorney’s website. He pled guilty on March 2019, and has yet to be sentenced. He has agreed to forfeit $866,000 in bribes he had accepted — over $300,000 of which he’d already given to the FBI in 2018, per the Los Angeles Times. The judge who accepted Meredith’s guilty plea stated, “Even though there were potential charges that weren’t pursued, this [plea agreement] adequately reflects the seriousness” of his crimes.

Like many of the people involved in the scandal, Meredith is staying out of the spotlight, and hasn’t made headlines as of late.

More like this
What’s New On Netflix: Ana De Armas’ 'Blonde' & A Nick Kroll Special
By Arya Roshanian
Here’s Everything Coming To & Leaving Netflix In October
By Jake Viswanath
What’s New On Netflix: Meet 'The Real Bling Ring'
By Arya Roshanian
Lori Vallow’s Son Was Arrested For Sexual Assault Days Before 'Sins Of Our Mother' Premiered
By Brad Witter
Get Even More From Bustle — Sign Up For The Newsletter