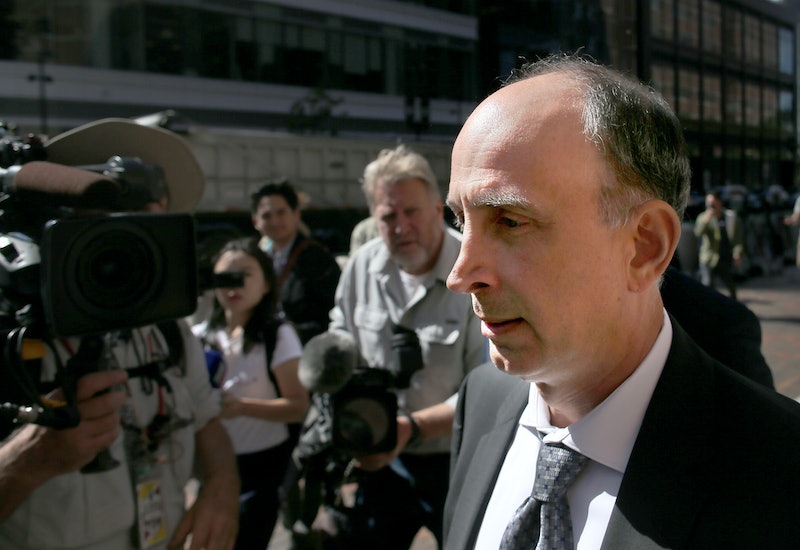 For many people, the most shocking part of the 2019 college admissions scandal was that it implicated actors Felicity Huffman and Lori Loughlin. But the FBI investigation, called Operation Varsity Blues, actually involved dozens of wealthy parents who worked with consultant William “Rick” Singer and allegedly paid bribes in order to help get their children into elite colleges and universities. Among those who have been convicted is business executive Stephen Semprevivo, who spent time in prison after the scandal came to light.

The new Netflix documentary Operation Varsity Blues: The College Admissions Scandal examines the details of Singer’s scheme and the FBI’s investigation, using reenactments, real conversations captured by FBI wiretaps, as well as conversations with experts. Although the average person’s familiarity with the people involved in the scandal likely begins and ends with Huffman and Loughlin, the documentary also explores the stories of other parents like Semprevivo who paid staggering amounts to give their kids a leg-up in the admissions process. The film’s director, Chris Smith, was also responsible for Netflix’s popular documentary on the scammy luxury music festival Fyre Festival, making him no novice when it comes to exploring the fallout of complicated, fraudulent schemes.

Singer’s scam involved paying off everyone from college athletic coaches to standardized test proctors in order to help get underperforming rich kids into prestigious schools. Eventually, he became an informant for the FBI, leading to the entire scam being exposed and the spate of arrests that brought the case into the national spotlight. For his participation, Semprevivo ended up serving a prison sentence.

In 2016, the businessman paid a whopping $400,000 to have his son gain admission to Georgetown University by posing as a tennis recruit, per Fox Business. It was one of the largest payments made to Singer, and it caught up to him. Semprevivo pleaded guilty to charges of conspiracy to commit mail fraud and honest services mail fraud in May 2019. He was the third person sentenced in the wake of the scandal, receiving four months that September.

Though Semprevivo attempted to avoid prison time, citing his younger son’s ongoing medical issues, U.S. District Court Judge Indira Talwani was not convinced. In addition to the four months, she included in his sentence two years of supervised probation, 500 hours of community service, and a $100,000 fine. At the September hearing, she brought up the experience of countless first-generation college students who are left to navigate the application process without any help from their families.

“Think about how terrifying that process is for the applicant whose parents didn't go to college. Their legitimacy is challenged every day that somehow they were the ones who got a break to get there,” Judge Talwani said, per USA Today. "I think the question that people need to ask is, what makes your children entitled to a side-door (into college)?"

Semprevivo reported to federal prison to begin his prison sentence in early November 2019, meaning that he was likely released a year ago, during the spring of 2020. After he pleaded guilty to the charges, his son was expelled from Georgetown.

More like this
Andrea Arlington, Alexis Neiers Haines’ Mother, Now Works As A Life Coach
By Morgan Leigh Davies
Where Is The Bling Ring’s Rachel Lee Now?
By Arya Roshanian
Lori Vallow’s Son Was Arrested For Sexual Assault Days Before 'Sins Of Our Mother' Premiered
By Brad Witter
What Is 'Pretty Wild' Star Tess Taylor Up To Now?
By Morgan Leigh Davies
Get Even More From Bustle — Sign Up For The Newsletter