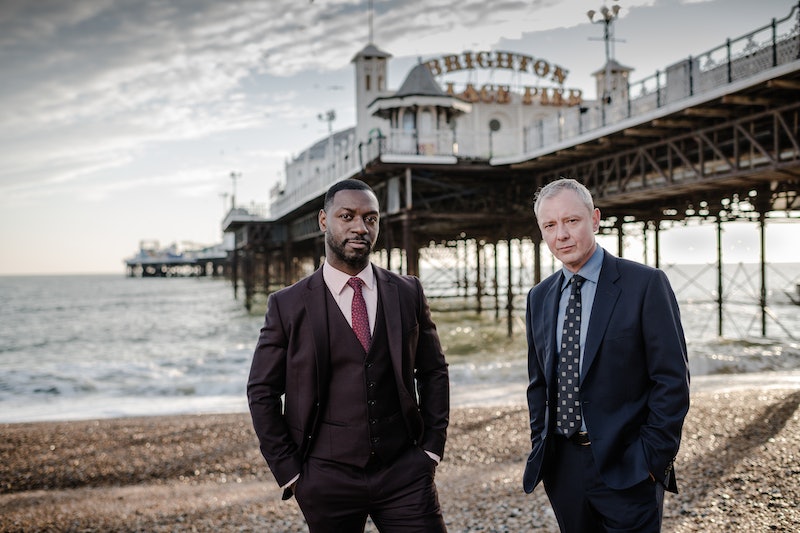 Adapted from the novel Dead Simple by Peter James, Grace follows John Simm as Brighton-based Detective Superintendent Roy Grace as he investigates the disappearance of a local property developer. In addition to its storyline, Grace’s coastal setting is also sure to grab the attention of viewers. But where was Grace filmed?

As fans of James’ novels will already know, all of the Roy Grace stories are set in the author’s hometown of Brighton. And ITV bosses decided to stay true to the source material with their adaptation, shooting Grace exclusively in and around the popular seaside city.

Speaking ahead of the show’s release, Richie Campbell (who plays Detective Sergeant Glenn Branson in the show) said:

“Grace shows the Brighton a lot of people know – the pier, the beach and the front. But it also shows another side, with a dark underbelly in these stories. Brighton is a really interesting place and we got a lot of good feedback from the locals. I fell in love with Brighton filming this, we got lucky with some great locations both in the centre by the sea and nearby.”

The show’s screenwriter Russell said: “As far as translating Peter’s fantastic novels into television goes ... we’ve had to change a number character and business names that readers might be familiar with [but we] were still allowed to call Brighton Brighton, so… I’ll take that as a win.”

Viewers may recognise landmarks including Brighton Palace Pier and the Western Esplanade, as well as nearby areas like Shoreham Port and Peacehaven, according to director Kiaran Murray-Smith.

The show’s hit-and-run sequence was shot on Ferndale Road and Silverdale Road in Hove, per the Argus, which “took several takes, with cameramen ensuring the stunt was filmed at every angle.”

As Lewis notes, the familiarity of Brighton wouldn’t have been possible without Dead Simple’s author Peter James. “His long-established, close relationship with the police, taken together with a knowledge of Brighton and the south coast ... lends to his stories an unimpeachable veracity of place and procedure,” he told Brighton and Hove News.

The cast and crew made their way to the south coast to set up for Grace in spring 2020. However, due to the first lockdown in March, filming was put on hold until August “in that brief lull between the terrible first and second waves of the pandemic.” The cast and crew followed a strict COVID prevention protocol while filming, and somehow managed to get “through a 10-week shoot without having to close down once,” Simm explained.

Grace continues on Sunday, March 21 on ITV at 9 p.m. The first episode is available to watch on the ITV Hub.