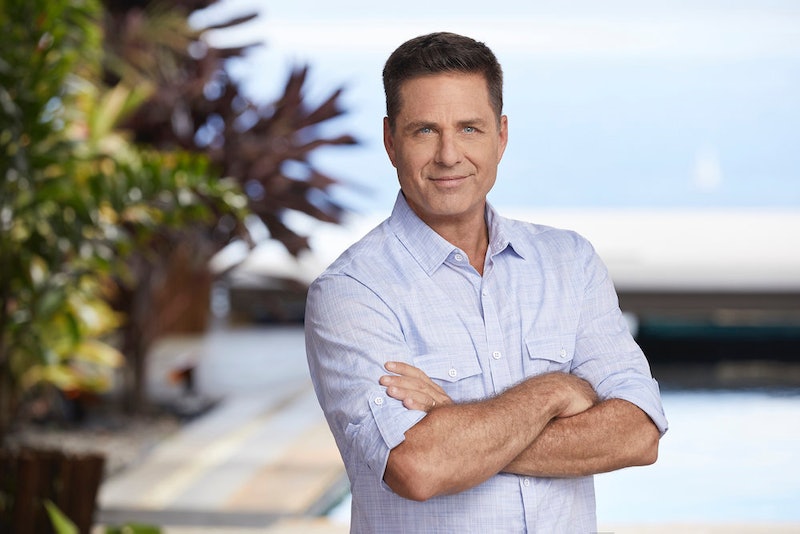 Even during a global pandemic, Mark Walberg and his team found a way to film Temptation Island Season 3. "COVID-19 was really crippling us," Walberg explained to TVInsider. "But once the producers established a safe protocol and the initial quarantine in our rooms, we got to work. The things that looked like obstacles ended up being opportunities."

Similar to what The Bachelor did at Nemacolin Woodlands Resort, Temptation Island was filmed entirely within a single hotel. Per The Maui News, production filmed at the Andaz Maui at Wailea Resort in Maui, Hawaii, for about two months. The cast and crew arrived in several small groups, and were tested and then required to quarantine in their own rooms. After a week in quarantine, they were tested again, and were only allowed onto the set if all three tests were negative. The production also brought their own test kits and PPE.

"We started taping at the end of September [2020]," Walberg told TVInsider. "We were in a very strict bubble. What happened with our cast and crew was this cohesiveness that we would not have had being in separate hotels all over the island. As far as the cast goes, they are usually sequestered anyway. So it wasn’t any different in that regard."

Despite the precautions, the announcement that they would be filming in Hawaii during COVID-19 was met with community backlash in Aug. 2020, even leading to some small protests.

“When I first heard about this project, I was as outraged as many of you are,” Maui County Council Member Kelly King said at a virtual town hall, per Maui News. But she said the filming could help in Maui's economic recovery. "I’m not advocating for or against this project happening, but I think it’s worth exploring whether it presents the potential for Maui to set a real standard for controlled reopening of certain industries and also ask the question, what’s in it for us?” said King.

Production company president David Goldberg added on the call that they "curtailed" offsite events like ziplining and luaus. Both the crew and hotel workers kept tabs on the contestants to ensure they didn't go offsite, and kept a spreadsheet with their dates of quarantine and testing.

The locals may not have been too happy about the project from the start, but according to Wahberg, their strict procedures paid off. He said they all stayed within their bubble, and filming went off without a hitch. "We knew everyone was tested," he said. "We had 3,600 COVID tests and zero positives."

More like this
You Can “Fall In Love” At The Resort Where Bachelor In Paradise Season 8 Was Filmed
By Brad Witter
Here’s When 'Love Is Blind: After The Altar' Was Filmed, Because It’s Hard To Keep Track
By Grace Wehniainen
The 'Bachelor In Paradise' Filming Timeline Will Be Key To The Season’s Drama
By Kadin Burnett
Here's The Full List Of Zach's Confirmed & Potential 'Bachelor' Contestants
By Kadin Burnett and Grace Wehniainen
Get Even More From Bustle — Sign Up For The Newsletter