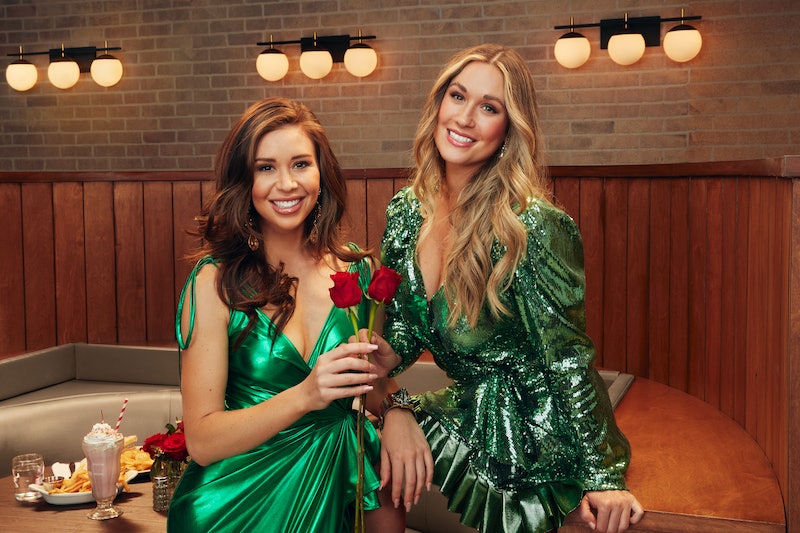 One of the highlights of being on a show in Bachelor nation is that if you make it far enough, you’re likely to experience some sort of exotic vacation. The more recent seasons have had to pare back on the extravagant travel due to the various ongoing lockdowns, but the new season of The Bachelorette does dip its toes back into travel, just like Clayton’s recent Bachelor season did.

As is standard, the show spent the first few episodes at the Bachelor mansion where contestants competed for first impressions and suss out who exactly is their direct competition. From there, the show moved to Paris, France and basked in the city of love. Executive Producer Mike Fleiss all but confirmed the anouncement in a tongue-in-cheek tweet of this season’s Bachelorettes Rachel Recchia and Gabby Windey strolling near the Eiffel Tower with the caption “The Space Needle has never looked more beautiful! #TheBachelorette (s) Exclusive photo!”

Fans speculated that once the show touches down in Europe — which it hasn’t done since Hannah Brown’s season in 2019 — there would likely be a few more stops in and around the continent. This was confirmed via a press release from billionaire Sir Richard Branson’s Virgin Voyages, which announced that Season 19 will take the contestants aboard a cruise ship for the first time ever.

The cruise ship theory had been circling in the Bachelor fanbase for awhile based on an “exclusive international” photo from Fleiss, which showed the two leads posing near a pane of glass (though some refuted the theory based on the Bachelorettes’ sweater and long-sleeved attire). On July 26, Virgin Voyages announced that The Valiant Lady cruise ship would appear on the August 1 episode of the 19th season, and the press release confirmed Europe and the Mediterranean will provide a backdrop for locations: “Valiant Lady departs from Barcelona on a series of seven-night voyages to the most irresistible coastal destinations in Spain, France and Italy, each with an overnight stay in Ibiza.”

After Gabby and Rachel’s romantic outing in Paris, the ship is heading to Bruges, Belgium next — as teased at the end of Week 4. Longtime Bachelorette fans will know the country has hosted the franchise before, including in Andi Dorfman’s season back in 2014.

According to Virgin Voyages, Gabby and Rachel are cruising the Mediterranean in style. The Bachelorettes will stay in “two on-board massive suites” while the ship boasts “an expansive outdoor deck perfect for morning sun salutations, loungers for stargazing, a hot tub, cozy rockstar robes and peek-a-view showers with iridescent windows that look out onto the sea.” The ship also leans into Branson’s musical roots with “glam stations and vinyl turntables to spin the Spice Girls or J.Lo when warming up for a night on the town ship.” The press release also teases some of the dates occurring onboard, including “one of the season’s most competitive” ones in The Manor – the ship’s nightclub. We’re having major FOMO just reading about the details.

It’s also likely that the regularly scheduled Hometown Dates will be back in action, if Clayton’s season is any indication. Bachelor blogger Reality Steve revealed the four finalists for each contestant on May 2 in a series of spoilery tweets. Rachel’s final four reportedly includes contestants from Massachusetts, New Jersey and California, while Gabby will be headed to New Jersey, Louisiana and Florida. Reality Steve even has details about what activities they get into, including a fire station tour and a stroll through New Orleans’ French Quarter. According to the thread, the overnights and final rose ceremony will be in Mexico, a favorite Bachelor location.

More like this
Bachelorette Gabby Kissed Her New Fiancé On 'Dancing With The Stars'
By Jake Viswanath
Erich Addressed His Text Message Scandal & Twitter Is Divided
By Kadin Burnett
So... When Are Gabby & Erich Getting Married?
By Kadin Burnett
Here’s Everyone Heading To The Beach On 'Bachelor In Paradise' Season 8
By Grace Wehniainen
Get Even More From Bustle — Sign Up For The Newsletter

This article was originally published on July 12, 2022