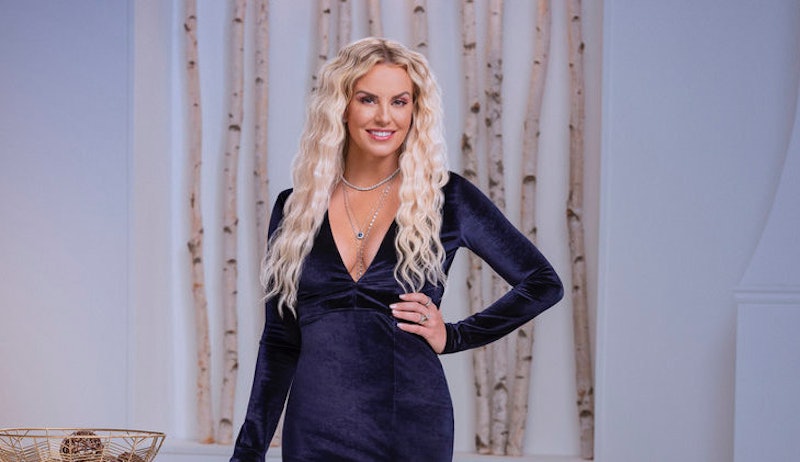 The Real Housewives franchise has found a new town filled with drama: Salt Lake City. Through its cast members, Bravo says the show will bring a fresh perspective from an array of religions including Mormonism, which is prevalent in Utah. Fans will soon get to know all about the six new Housewives, including Whitney Rose, who was kicked out of the Mormon church.

A clip from the show details how she was excommunicated a decade ago after having an affair with her boss Justin Rose. But although this was scandalous for many in the Salt Lake City circle, she and Justin don't care about what other people think. They're still together and recently renewed their vows, but here's everything else you need to know about this controversial Real Housewife.

Whitney's Instagram shows her dedication to her family. She's constantly posting pictures of her with her husband, kids, and stepkids. She and Justin share two kiddos, Bobbie and Brooks, and Justin has several children from his previous marriage. Whitney's a proud stepmom and calls their blended family the Wild Roses. "We may not look like the typical family you see in pictures, nor do we fit the mold of 'normal'.. especially for Utah!! The thing I cherish most about this group of people is how everyone is so different and uniquely beautiful," she wrote on Instagram.

She also has an adorable dog to round out the family.

Whitney also uses her Instagram to occasionally take shots at religion, which is what she, her husband, and their friends did for Halloween. She captioned the photo, "We judge the judgers."

According to Whitney's LinkedIn, she used to work in account management for a communications company, but she has since launched her own business. She founded the natural skincare line Iris + Beau in 2017 and has been dedicated to it ever since.

Whitney and Justin met when he was her boss, likely during their shared time at Nu Skin Enterprises, which is also where she gathered experience to launch her own skincare line. Justin's LinkedIn says he worked at the company for 10 years as a manager and the president. Whitney was on the events team and left the company in 2009. Justin left in 2010, right around when they struck up a relationship.

After falling in love, she and Justin left their then-spouses "within weeks." And when Whitney discovered she was pregnant, they tied the knot. At the time, it was scandalous enough not just to get Whitney excommunicated, but to cause fractures within her family as well. As her Bravo bio states, Whitney's Mormon family line goes way back, and they weren't happy that she seemingly threw away that legacy for love. But in the decade since, some fences have been mended. In the clip from the show that Whitney posted on Instagram, her cousin apologized for doubting Whitney and Justin's bond. "I don't think I thought you'd be here 10 years from now ... I love you. I'm sorry," the cousin said. Whitney later revealed in a confessional that she was "both resentful and happy" about her family finally coming around. She wondered, "Why the f*ck did it take 10 years?" Still, she added that even though she went through a lot of judgement and pain and criticism to be with Justin, she wouldn't take it back. "My life is so full ... we're still standing, bitches!"

To get to know more about Whitney and her Wild Roses family, you'll have to watch Real Housewives of Salt Lake City, which premieres on Nov. 11.

More like this
'RHOSLC’s Newest Cast Member Has Tried To Become A Housewife Before
By Jake Viswanath
‘RHOSLC’ Star Jen Shah’s Arrest & Legal Drama, Explained
By Brad Witter and Jake Viswanath
'MAFS UK' Changed The Rules After Matt & Whitney Cheated On Their Partners
By Catharina Cheung
Bachelorette Gabby Kissed Her New Fiancé On 'Dancing With The Stars'
By Jake Viswanath
Get Even More From Bustle — Sign Up For The Newsletter