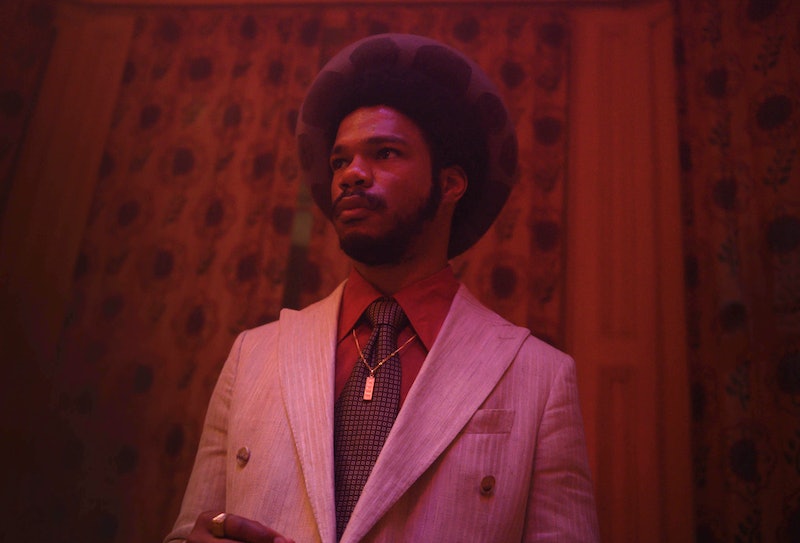 Director Steve McQueen's Small Axe series — five films that detail experiences from London's West Indian community during the 1960s — got off to a strong start when it aired last week. Lovers Rock, the second film of the series, will be released on BBC One this Sunday (Nov, 23), and promises to be a celebration of Black music and young romance. It stars BAFTA rising star Michael Ward, as well as upcoming talent who will be making their screen debuts. But who is Lover's Rock actor Daniel Francis-Swaby?

The 33-year-old actor will appear in Lovers Rock as the flashy and over-confident Bammy — a character that director McQueen says Francis-Swaby was totally "committed to." Speaking to the Guardian, McQueen revealed that Francis-Swaby "never broke character" on set. "He is Bammy," the director said.

On the actor's Instagram page, he shared that he felt "blessed" to be part of the "phenomenal production."

While there's not currently much info about the actor out there, I have done some digging. Francis-Swaby trained at the prestigious performing arts school Italia Conti Academy and, according to his CV, he has appeared in many Shakespearean theatre productions including Twelfth Night at London's Royal Exchange.

In an interview with the Guardian, Francis-Swaby shared that he had emigrated to Australia during his teen years, where he found it difficult to secure acting jobs. "The only agency that accepted me was called Coffee Coloured Characters,” he said in the interview. “Didn’t matter that I’d been to an accredited drama school, done National Theatre, Royal Exchange. They just didn’t want to hear it. I thought I’d at least get a couple of interviews, but nothing!”

Per the Guardian, Francis-Swaby counts Leonardo Di Caprio, Denzel Washington, and This Is England's Shane Meadows as inspiration. The talented actor has his own theatre company backed by the Arts Council England.

On Instagram, he shares his personal and professional adventures alongside his partner, who he gushed about during his Guardian interview. "She's an amazing portrait artist," he said. "She sees beauty in things I walk past every day."