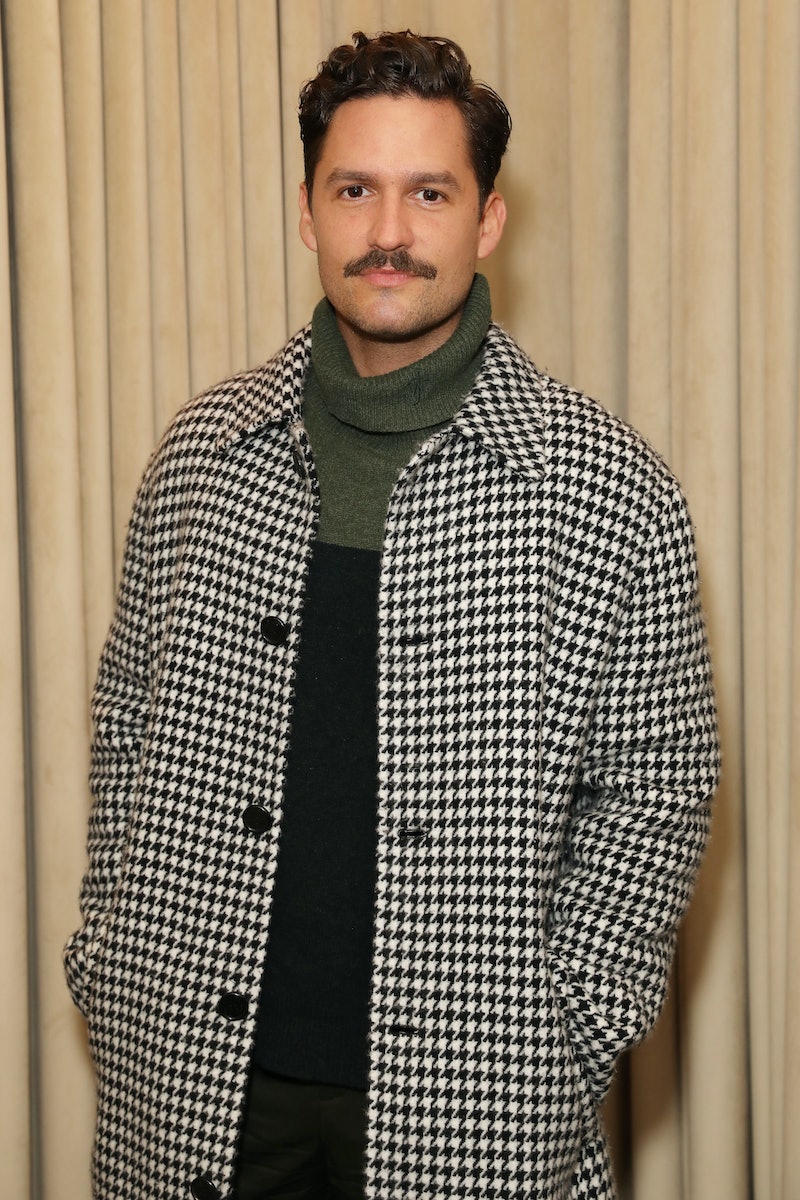 Ben Aldridge is perhaps best-known for his onscreen performances in the U.S. crime drama Pennyworth, the BBC’s Our Girl, and for his portrayal of “arsehole guy” in Phoebe Waller-Bridge’s Fleabag. But, what is there to know about the actor’s life off-screen, and is Aldridge dating?

At the time of writing, it isn’t clear if the actor is currently dating anyone, and Aldridge’s social media presence doesn’t offer any indication as to whether or not he is in a relationship.

On World Pride Day 2020, the actor opened up about his sexuality, revealing that he is a “proud” member of the LGBTQ+ community. “The journey to pride was a long one for me. I love the LGBTQ+ community and am incredibly proud and thankful to be a part of it. So much won. So much more to fight for,” he wrote on Instagram at the time.

Speaking to Attitude a year later, in 2021, Aldridge revealed that the decision to come out had been “circulating” in his brain for a “very long” time. “I was told by some people that coming out would ruin things,” he added. “I was very fearful. But I just got to a point where I needed to claim that for myself; it wasn’t so much about coming out as it was about claiming who I am and being honest about that.”

The new series is based on Ann Cleeves’ novel of the same name and follows the story of a police detective who travels back to his hometown with his husband. While there, he is forced to revisit his childhood spent in a strict religious community.

In a statement to ITV, Aldridge said he is “delighted” to be playing the role of DI Matthew Venn, and also described his character’s story as “a poignant and complex journey of self-discovery and sexual and religious identity, which navigates the tension between pride and shame.”

Speaking to Attitude about the role, he said “It feels important. Like a first. It has such mainstream appeal.”

Going into more detail about his experiences on set, he said, “There was something very freeing for me as an actor to be directed by a gay man and to have other queer people on set. [Declan Bennett], who plays my husband, and Pearl Mackie, who plays the assistant detective, both identify as queer. There was something very refreshing about being in that environment – sets are often actually pretty hetero and macho.”

He continued, “It feels really timely to be playing this role so soon after coming out. It’s a real moment of self-discovery for me. I felt I was able to connect emotionally with Matthew in a way that I haven’t as deeply with characters I’ve played before. This was taking the lid off Pandora’s box for me.”

The Long Call currently airs nightly at 9 p.m. on ITV and concludes on Thursday, Oct. 29.

This article was originally published on June 26, 2018