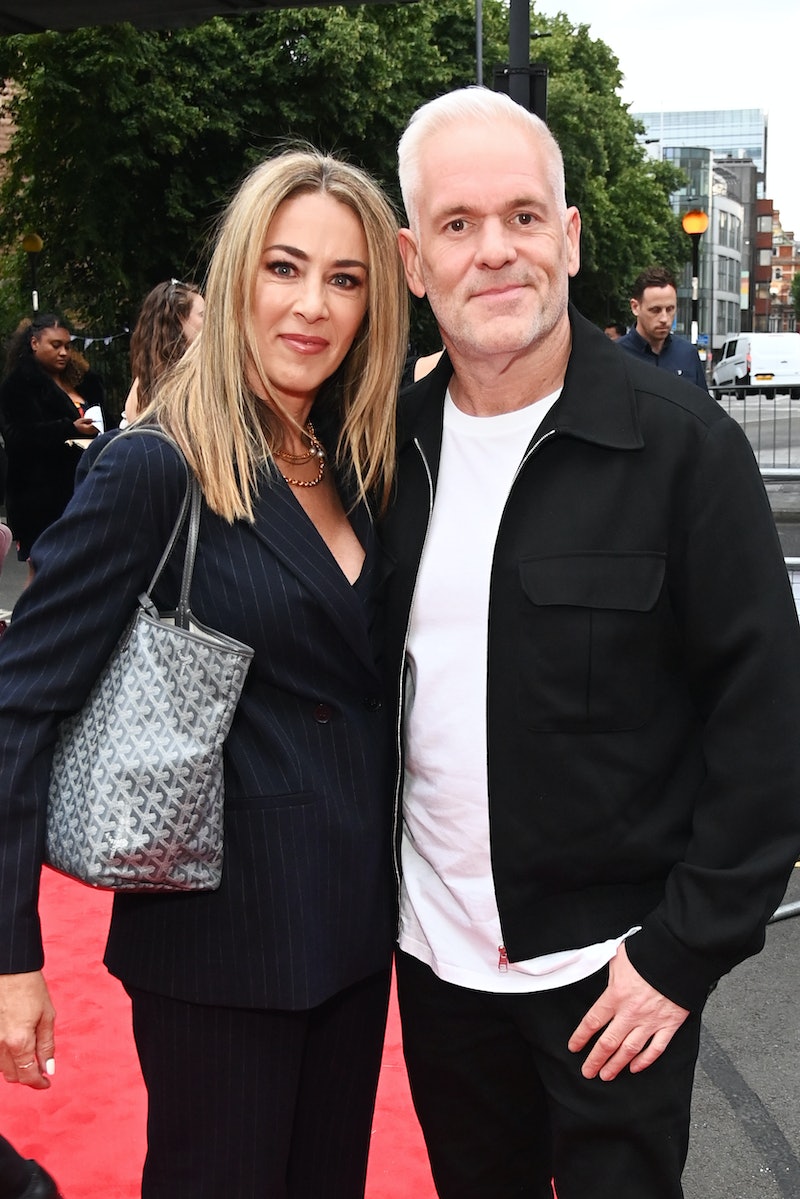 Leaving his mark in the jungle alongside honorary royal Mike Tindall is radio DJ Chris Moyles, who has delivered some hilarious moments so far, especially whilst doing the Bushtucker Trials. He also received praise for confronting Matt Hancock, the former Health Secretary, on breaking his own lockdown rules. But what is Moyles’ personal life like and who is his partner?

The radio DJ’s girlfriend is the artist and talent manager, Tiffany Austin. Born in California, she previously worked with Moyle’s campmate Boy George and as an assistant to the chairman of the New York Cosmos, per Metro. Austin flew to Australia on Nov. 15 ahead of the first camp elimination to support Moyles, sharing a flight selfie and tagging both Chris Moyles and Boy George with the caption, “I’m coming for ya.”

The couple reportedly met when Moyles was based in Los Angeles and taking a break from the radio, between his time at Radio 1 and Radio X. Although they got together in the summer of 2015, the couple kept their relationship away from the public eye for 18 months before announcing it to the world in 2017. The pair have been in a relationship for seven years now and moved to London where they live together.

In a mysterious but sweet moment in the Nov. 14 episode of I’m A Celeb, Moyles made a ‘T’ shape with his hands whilst talking to the camera, with several viewers wondering if the contestant was sending his girlfriend a secret message. The DJ has even etched a ‘T’ across his hat, seemingly another tribute to his partner.

On Nov. 21, when contestants received their cherished letters from home, Moyles read out a heartwarming note that Austin had written for him: “To my best friend, my baby, my future, my everything, Chris I’m so proud of you… you have faced your biggest fears and given us so many laughs at the same time.”

The emotional letter ended with Austin sending Moyles love from her and their cats, Chewie and Leia. She also reminded her beau that she’ll be standing at the end of the bridge upon his eviction from the jungle.

More like this
4 Surprising Celeb Throuples That Got The Internet Talking
By Sophie McEvoy
Joey Essex Is Rumoured To Be Dating A 'Love Island' Favourite
By Sam Ramsden
Molly-Mae & Tommy Fury Revealed Their Baby Girl's "Really Unusual" Name
By Sophie McEvoy and Sam Ramsden
Laura Anderson Pulled The Ultimate Girl Power After Her Break-Up
By El Hunt and Megan C. Hills
Get The Very Best Of Bustle/UK
Sign up for Bustle UK's twice-weekly newsletter, featuring the latest must-watch TV, moving personal stories, and expert advice on the hottest viral buys.