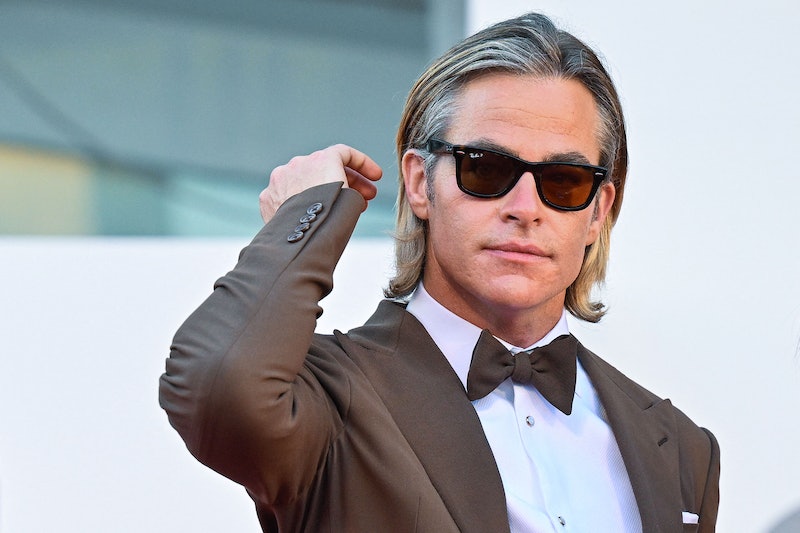 Like all of the famous Hollywood Chrises, Chris Pine has had a romantic history and naturally leaves fans wondering who he’s dating at any given moment. It appears that Pine is currently single and not linked to anyone, but don’t worry, darling, he seems to be living his best life.

Before 2022, Pine was in a serious relationship with British actor Annabelle Wallis for nearly four years. According to People, the two were first linked together in 2018 after they were seen exiting London Heathrow Airport together. The twosome was spotted multiple times later that summer, including an Italian vacation on a yacht with his parents, proving just how serious they were. The duo also seemingly rode out 2020 together, as evidenced by them going grocery shopping and riding bikes while in quarantine.

Pine rarely commented on his relationship, but right before Christmas in 2020, he told Extra that he would be spending the holidays with Wallis and her family. “It’s the first time in 40 years I haven’t been with my family, but I will be with my girlfriend and her family out here,” he explained. Sadly, their relationship wouldn’t last much longer. In March 2022, PEOPLE reported that Pine and Wallis had broken up, with an insider telling US Weekly that they had split quietly months prior.

Prior to Wallis, Pine dated actor Olivia Munn in 2009 and model Dominique Piek, whom he dated for two years from 2011 to 2013, as reported by PopSugar. The Star Trek actor has been also been linked to The Hills star Audrina Patridge and Sofia Boutella. He sparked romance rumors with Zoë Kravitz after the 2010 Met Gala, and while the speculation was never confirmed, the two have stayed close friends since then, most recently being spotted grabbing lunch together in November 2021. In fact, Pine even attended Kravitz’s 2019 wedding to her now ex-husband Karl Glusman.

While he might be newly single, Pine seems to be having fun regardless, most recently acting as his co-star Florence Pugh’s hype man and photographer at the Venice Film Festival premiere of their new movie Don’t Worry Darling. Clearly, he’s not worrying at all.

More like this
Richard Madden's Dating History Reportedly Includes This Model & A 'Doctor Who' Star
By Radhika Menon
Billie Eilish Has An Exciting Relationship Update About Her Boyfriend
By Grace Wehniainen
Who Is Pete Davidson Dating? He "Courted" Emily Ratajkowski At A Knicks Game
By Jake Viswanath
'Black Panther 2' Star Dominique Thorne Prioritizes Her Career Over Dating
By Jake Viswanath
Get Even More From Bustle — Sign Up For The Newsletter

This article was originally published on Jan. 4, 2021