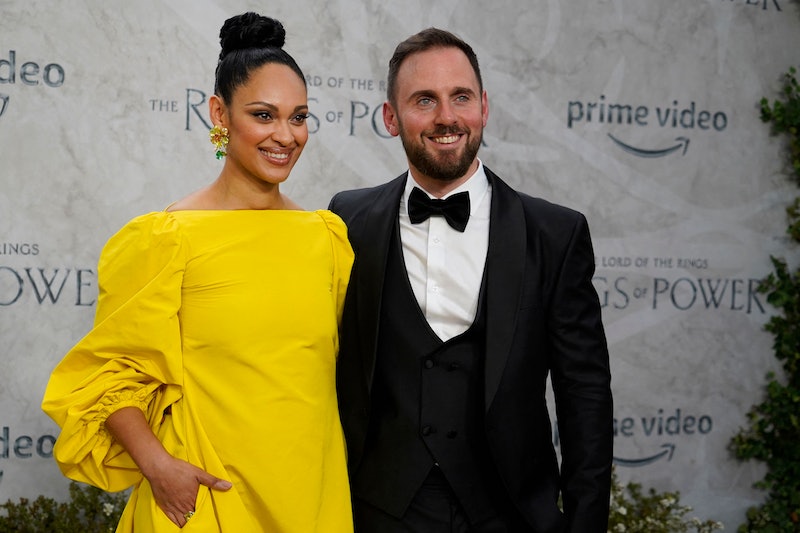 You may remember Cynthia Addai-Robinson as Amanda Waller in Arrow, CW’s fantastical television series. More recently, you have probably seen the British-American actor’s name pop up everywhere thanks to her role as Queen Regent Miriel in the Amazon Prime series The Lord of the Rings: The Rings of Power.

The eight-part show, released on Sept. 2, is a prequel to J.R.R. Tolkien’s trilogy The Lord of the Rings. The trailers show Robinson personifying power, dressed in flowing robes with extravagant gold headgear and regal jewellery. She appears to blend into the mythical period drama effortlessly — but what do we know about Robinson’s personal life off-screen?

In 2020, the actor, 37, married her long-term partner Thomas Hefferon, 40, a London-based Irish filmmaker. He created successful short films like The Heist, The Pool, and Falling Apart, and also directed advertisements for brands like Land Rover and Toyota. His first short film, The Confession, was presented at several international film festivals and earned him a nomination as the Best New Director in the Kinsale Shark Awards.

Although the couple didn’t reveal the exact date they tied the knot, Hefferon posted an adorable picture from the wedding on New Year’s Day in 2021, elaborating in the caption that they got married in the summer of 2020 and that he is excited it is with his “best friend, soul mate and the love of my life.” For the ceremony, Robinson ditched a traditional wedding gown and chose a white blazer dress with billowing sleeves, while Hefferon wore a blue suit.

A scroll through Hefferon’s Instagram suggests that he’s a devoted and supportive partner — his feed is full of sweet posts congratulating Robinson for her various acting ventures, as well as snapshots of their life together over the years. Robinson’s social media is similarly doting, from pictures of the couple vacationing on holiday and hanging in coffee shops to simply cuddling in bed.

The pair, who have been together since 2018, continue to serve couple goals several years on — just a few weeks ago, Hefferon posted photos with Addai-Robinson in front of a Lord of the Rings billboard in Times Square. Who knew romance could make for great PR?