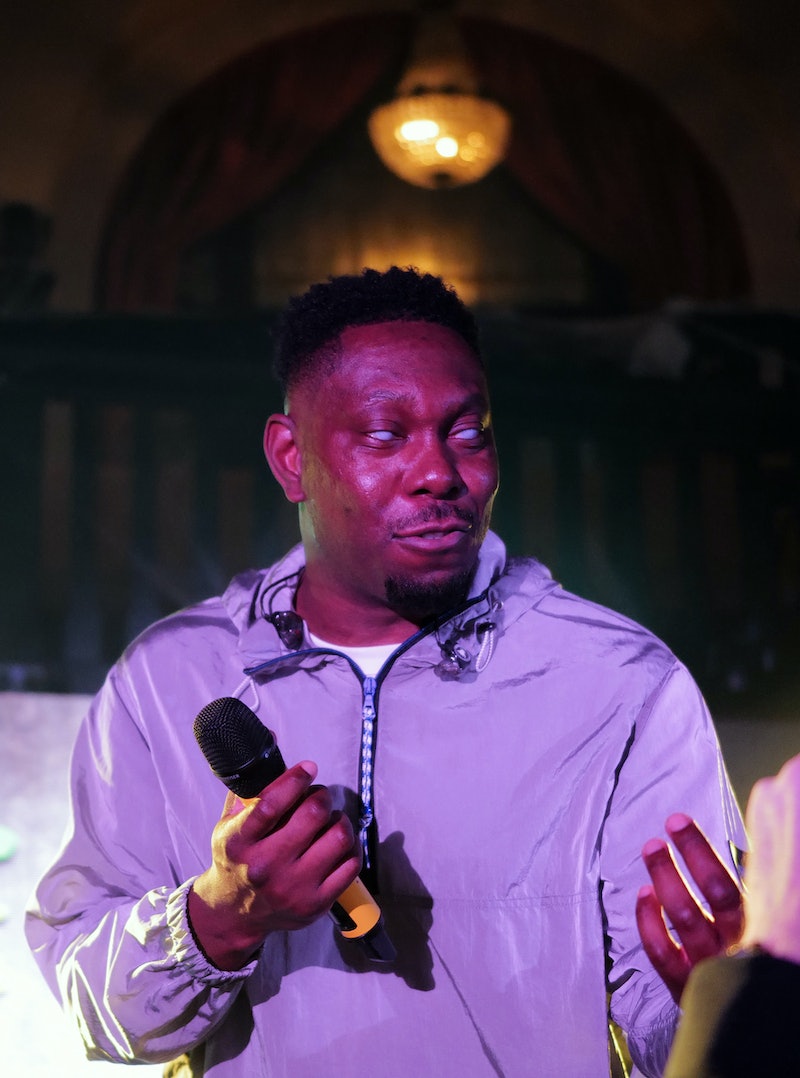 Legendary UK Grime artist Dizzee Rascal is one of the confirmed famous faces for The Great Celebrity Bake Off 2021, joining Nick Grimshaw, Reece Shearsmith, and Philippa Perry on tonight’s episode (March 23). After close to two decades years in the industry, the Mercury Prize-winning artist was awarded an MBE for his services to music in 2020 (but taking on the Bake Off tent must have been another highlight right?). The Grime star first rose to fame when he was just 18 and has kept much of his personal life out of the spotlight, but who is Dizzee Rascal dating?

Apparently, the Bonkers hitmaker is currently single but it’s difficult to say for sure. The last public discussion about the Grime artist's love life were during the early noughties at the height of his career.

Rascal, born Dylan Kwabena Mills, is said to have dated model Kaya Bousquet, who appeared in a number of his music videos. The two parted ways and, tragically, Bousquet later passed away in a car accident in 2008.

In 2010, Rascal was linked to a “mystery woman” who he had reportedly been dating for two years, per Glamour, and there were also rumours linking the rapper to Khloe Kardashian, but none of these reports have been substantiated.

While the 36 year old’s love life is under wraps, the rapper is otherwise an open book, happy to discuss everything in interviews from UK politics to his diet and bathroom habits.

Rascal hails from East London and, during lockdown, was spotted helping to deliver food parcels in his local area as part of the Kitchen Social campaign.

Speaking about this experience, the star said: “I was given an amazing opportunity to visit and help out Kitchen Social at Bygrove Primary School in Poplar, who are providing free food, books and school equipment to kids in the local area where I grew up.”

As far as the music goes, Rascal has gone from strength to strength since he dropped the prize-winning album Boy In Da Corner in 2003. His latest album, E3 AF, was released in October 2020 to critical acclaim.