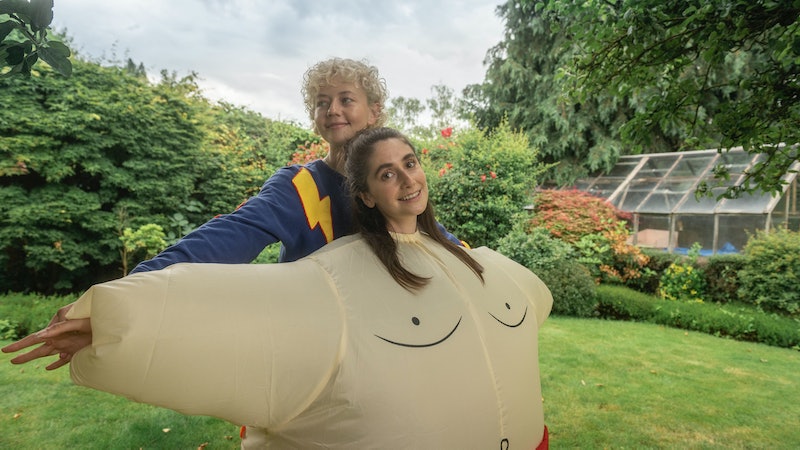 New BBC Three comedy Britney was already a hit on the Edinburgh theatre circuit before the TV pilot debuted on BBC iPlayer this month. The sketch-show-turned-TV-sieres is not (technically) about the pop icon of the same name, but the true story about two best friends, Charly Clive and Ellen Robertson, who reunite after Charly learns she has a brain tumor (which she later names “Britney” — it’s a whole thing). Though a tough subject, the comedy duo stresses that the drama is “very funny” and, at its heart, Britney is a friendship rom-com. But who is Ellen Robertson, Charly’s best friend and comedy partner?

Hailing from Oxfordshire, Ellen Robertson, 28, is a writer and performer. She met Charly Clive (who viewers may already recognise from Channel 4’s Pure) during a school trip to France, where the pair began their long-lasting friendship. They have been writing together since they were 14.

While Robertson has no Instagram page herself, she frequents bestie’s page @CharlyClive with fun photos, proving that their friendship is just as real off screen.

Robertson has appeared in BBC shows such as The Pale Horse, In My Skin, and Pls Like, and, per her bio, she is currently “writing a play about art and borders.”

The bio goes on to explain that Robertson is “obsessed” with football. In fact, she is such a fan that you can sometimes find her tweeting about the sport via the aptly named @footiefan69.

Following Clive’s brain tumour diagnosis, the pair decided to make a stage play about “the funniest stuff happens at the worst of times” before debuting Britney at the Edinburgh Fringe Festival in 2016. The “sketch cabaret-style” performance was a huge success and they went on to tour the show in 2019.

Ahead of the release of the TV pilot, Robertson explained how Britney is as much a story about friendship as it is a story about a brain tumour.

“People thought they were coming to see a story about a brain tumour and they actually got a story about friendship,” she told to The Evening Standard, adding, “Every time people said that to us, that they had connected, that they had a best friend or were bringing their best friend to see the show, that was our favourite thing because I don’t think we’d even thought that was what the show was about in some ways.”