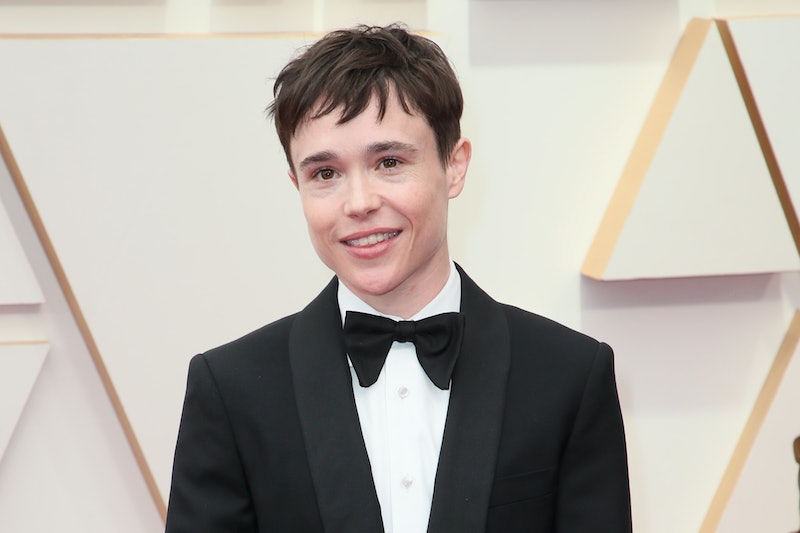 Elliot Page is apparently looking for love. Now that Season 3 of The Umbrella Academy is on Netflix as of June 22, fans are wondering if the actor is dating anyone following his recent divorce from estranged wife Emma Portner. While Page hasn’t publicly been with anyone since that separation, he seems to be open to getting back on the dating scene. The Juno star was reportedly spotted on invite-only dating app Raya in September 2021 (Ben Affleck, Lizzo, Channing Tatum, Drew Barrymore, and other celebrities have also used the app). According to Page Six, his alleged Raya profile played Annie Lennox’s 1995 cover of Neil Young’s “Don’t Let It Bring You Down,” and included pictures of Page with his dog and posing in a shirt that reads “protect trans kids.”

In January 2021, nearly two months after coming out as transgender, Page announced that he had filed for divorce fro Portner after more than two years of marriage. “After much thought and careful consideration, we have made the difficult decision to divorce following our separation last summer,” the exes told Bustle in a statement at the time. “We have the utmost respect for each other and remain close friends.”

Despite the timing, Portner publicly supported her ex when he came out as trans in December 2020. “Trans, queer and non-binary people are a gift to this world,” Portner wrote in an Instagram post at the time, which has since been deleted. “I also ask for patience & privacy but that you join me in the fervent support of trans life every single day. Elliot’s existence is a gift in and of itself. Shine on sweet E. Love you so much.”

Although Page and Portner have since erased all traces of their relationship from Instagram, the two were known to gush and support each other on social media, so if the 35-year-old actor does happen to meet someone on Raya or elsewhere, expect them to make an Instagram debut.