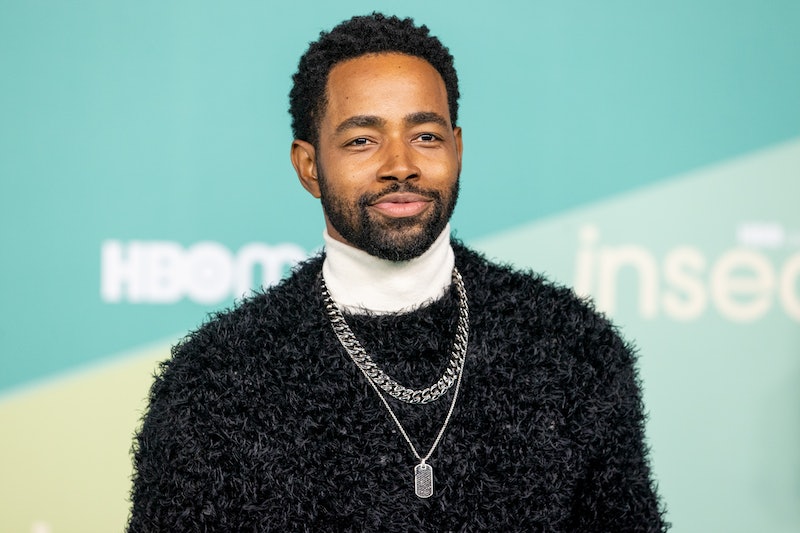 Fans fell for Jay Ellis upon meeting him as Martin “Lawrence” Walker, the on-again, off-again boyfriend of Issa Dee (Issa Rae) on HBO’s Insecure, which premiered in 2016. Throughout the actor’s decade-plus career, which has also included roles in The Game, Escape Room, and the forthcoming Top Gun: Maverick, he’s kept a relatively low profile when it comes to romance. Lawrence’s endlessly messy love life is currently unfolding on the final season of Insecure, currently airing on HBO, but in real life, Jay Ellis’ relationship is much less complicated.

The 39-year-old actor rarely discusses his relationship status, but it’s not a secret. Ellis has been romantically linked to model and actress Nina Senicar since at least 2015, and while the pair is regularly photographed on red carpets, his comments on the topic tend to be brief. Speaking to The Breakfast Club in 2017, he said, “I am in a relationship. I’m in a very happy relationship, and that’s where I leave it. I don’t really worry about anything else, and that’s it.”

Two years later, engagement rumors began swirling as Senicar revealed she was pregnant in June 2019 via Serbian magazine Story, as reported by People. “I’m sure that this role will be more important to me than any role in any film or series,” she said of motherhood. The magazine reported that she and Ellis were in the midst of preparing to marry in Italy. No wedding date was ever confirmed, and rings haven’t been spotted on their hands, though he posted an Instagram photo from Italy in July 2019.

In November 2019, Senicar announced via Instagram that she had given birth to their daughter, Nora Grace Ellis. “And just like that our lives got a whole new meaning,” she wrote alongside a photo of her and the Insecure star holding Nora’s feet, which he also shared to his account.

Since Nora’s birth, Ellis and Senicar have shared few photos of her on their social media pages, and her face is always hidden, which he said is a conscious choice. In a 2020 interview with Essence, he said, “I have always been like, ‘Yo, my family is the one thing on this planet, when it’s all said and done, if it goes away today or tomorrow, it’s the only thing that I have that’s mine,” he told the magazine. “I never want my family to ever feel they had to sacrifice. … I never want that dynamic to change because at the end of the day, as we’re watching right now in this moment, stuff comes and goes fast.”

Ellis revealed he’s still engaged to Senicar in the same Essence interview. He didn’t share any details about their forthcoming nuptials, but the actor spoke about the 31 hours his fiancée spent in labor with Nora. “You can’t pay me to cry like this. I just lost it,” he said of the moment their daughter finally arrived.

More like this
Sydney Sweeney Is Engaged To Her Low-Key Businessman Beau
By Jack Irvin and Jake Viswanath
A New 'And Just Like That' Table Read Pic Confirms A Key Character's Return
By Jack Irvin and Grace Wehniainen
‘The Ultimatum: Queer Love’ Is Officially On The Way
By Radhika Menon and Kadin Burnett
Rhys Ifans Has A Good Reason For Keeping His Love Life On The DL
By Maxine Harrison
Get Even More From Bustle — Sign Up For The Newsletter